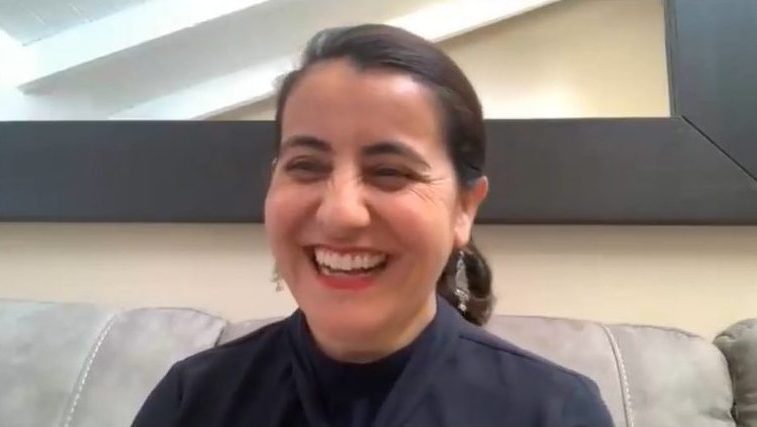 Despite several significant accomplishments this year, the California Legislature halted some of state lawmakers’ highest-priority bills, either killing them completely or turning them into two-year bills.

Sen. Monique Limón (D- Los Angeles) has introduced a different bill relating to Alzheimer’s disease every year she has served, most of which died in the legislative process.

At the 2021 Los Angeles State of Reform Health Policy Conference on Thursday, Limón shared her experience navigating California’s policy making process, saying even if bills have the needed support, they often don’t advance — especially if they lack funding.

“You can introduce a policy idea and have lots of support for it [and] all the votes, but if there’s not [the] funding that is required to implement the policy idea, your bill sometimes just dies through the process.”

This year, Limón’s Senate Bill 48 successfully made its way through the legislature. Now awaiting Gov. Gavin Newsom’s signature, SB 48 would create an assessment tool for providers to detect Alzheimer’s early. Medi-Cal beneficiaries over 65 would be reimbursed for an annual assessment using the tool.

Being persistent, Limón said, is a key factor in passing priority legislation like this.

Asm. Adrin Nazarian (D – Los Angeles), who chairs the Assembly Committee on Aging and Long-Term Care and also helped craft SB 48, was a co panelist with Limón at last week’s conference. He too emphasized the difficulty of passing bills in the legislature, referring to his ongoing effort to make insulin more affordable.

“It’s kind of a shame — quite candidly — that we are where we are as a country, as a nation, as a state … and yet we’re still not addressing the critical needs of people born with a certain condition [for which] we’ve come up with the antidote…”

Nazarian sponsored AB 97 this session to prohibit health plans from implementing deductibles on insulin. The legislation passed the Assembly but was held under submission in the Senate Appropriations Committee, which killed the bill.

“That antidote hasn’t changed for well over 80 [or] 90 years, yet the cost continually goes up and we haven’t fixed the financing portion of health care to address that ongoing, increasing cost.”

He said fiscal consideration in the Appropriations committees “has an important role” in the legislative process, but believes these committees hold too much power over legislation, which often has more to do with politics than policy.

“Sometimes, I think it gets a little hazy. So that’s why we then need to utilize the two-year [bill process].”

Having asthma himself, he believes it’s unjust that his medications don’t have a copay because of asthma’s chronic disease status, but diabetic individuals still face high out-of-pocket costs for their medications.

“There are all of these other chronic diseases that impact individuals, yet they don’t get the same benefit.”

Limón highlighted the “big win” of expanding Medi-Cal coverage to undocumented individuals aged 50 and older as another example of a long-term legislative fight resulting in a victory. Asm. Joaquin Arambula (D – Fresno) and other lawmakers, she explained, have been working on the expansion for several years.

Initiatives like these, which are part of the state budget, are more difficult to pass, she said. It’s difficult for legislators to take money from the already-established “buckets” of money in other areas.

“People sometimes think, ‘This should be easy for the legislators.’ But I think that one of the things that makes some of this hard … is, ‘How do you prioritize some of the money when you have competing interests?’”

She also cited opposition to initiatives like Medi-Cal expansion as a barrier.

“We’ve had big wins, but they’re not easy. They require a financial investment. We’re all very clear about the health outcomes [they] will have, but some of this [support for health initiatives] aren’t always shared by our colleagues.”

“Most bills go through seven to eight different steps. They start off as one idea, and — almost one hundred percent of the time — that idea shifts through amendments. Every step of the way, it’s either a policy review or a fiscal review. And I think that that’s when bills die or that’s when bills are amended …

… When you’re providing legislative review, analysis, and input, there are places where these hard ideas get stuck because … it’s not like someone introduces a bill in February and then in August, everyone loves it and it’s written in the exact same language. I think that’s such a rarity.”