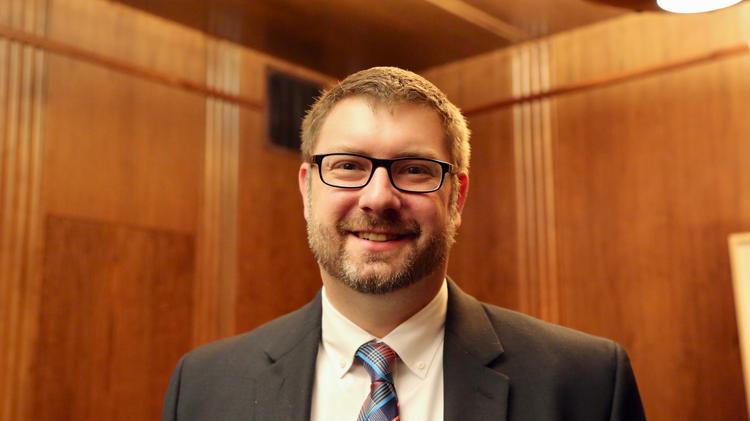 Jeremy Vandehey is the Health Policy and Analytics Division director at the Oregon Health Authority (OHA). His focus is on working with lawmakers to improve health access, coverage, and equity.

Vandehey spoke with State of Reform on the Oregon Hospital Payment Report, lowering overall costs in the state, and achieving health equity through reducing cost growth.

Patrick Jones: How do you think this past legislative session did in terms of lowering health care costs and achieving health equity?

Jeremy Vandehey: “I think the legislature made some really enormous strides on health equity, specifically around behavioral health, around affordability, and around expanding insurance coverage to folks. Two of those are issues that we will be leading out of our division are the movement towards getting to universal insurance coverage and making sure every person in Oregon has access to health care and then secondly around affordability. A couple of key bills the legislature passed include House Bill 2081, which is the accountability component of the statewide cost growth target. It is the strongest accountability measure that any state has passed for cost containment. Another large one is the mergers and acquisitions review. A lot of folks have been concerned about consolidation within the health system that’s a broader view than just cost. That includes us also looking at the impact on access and the impact on health equity when an organization acquires a healthcare system. And it will really increase community voice in these mergers and acquisitions.”

“On the universal coverage side, the legislature really made some significant movement towards getting us to universal insurance coverage and making sure everybody’s insured. We’ve had about a 6% uninsured rate in the state for the last several years, but we’ve seen really significant inequities. There’s a 12% uninsured rate for Hispanic/Latinx, 8% for Back/African American communities, and all accounts seem to be pointing to that getting worse as a result of the pandemic. So we see several initiatives that came out of the legislature that are really going to push us towards getting universal coverage. One of those is Cover All People, which fills a significant gap in the Affordable Care Act for low income folks who are ineligible for the Oregon Health Plan due to immigration status or a variety of other reasons. That will really significantly close the gap on the uninsured rate.”

“The legislature also passed Senate Bill 65, which will move the Marketplace from DCBS (Department of Consumer and Business Services) to OHA. Coupled with that is House Bill 2010, which has us develop a plan for a public option. So those two together will have us take a fresh look at the commercial insurance market in the Marketplace and look at ways to get more folks enrolled, more folks who are eligible for tax credits access those tax credits, and find more affordable options for health care coverage. So, we’ll be pulling together several of those initiatives as part of our universal coverage campaign over the next couple of years.”

PJ: Can you give me a quick rundown on the findings and impacts of the recently released Oregon hospital payment report and what that means for hospitals and OHA?

JV: “For several years now we’ve been putting out a report variation [in price] on common procedures that occur within the hospital [inpatient or outpatient settings]. This was a really significant move towards increasing transparency within the healthcare system. Health care costs and health care prices largely have been in a black box and folks often don’t know what a procedure costs until they get the bill afterwards or they get the statement from their insurer. Several years ago, the legislature passed a bill to have us put out an annual report, and what we see is really significant variation in the price of a procedure depending on what facility somebody goes to. We can easily see a three- or four-fold difference between the same procedure at one facility to another. For example, the data from this year looked at a common delivery of a baby without complications as a normal delivery. The variation in price was between roughly $5,000 and $15,000. That didn’t used to mean a whole lot to patients when insurance was paying for most of that, but over the last several years, we’ve seen deductibles and out-of-pocket costs really increase significantly.”

“Going forward, we will really build off of this report and show what’s happening with prices and more parts of the health care system as we move into this statewide cost growth target. I think this report gives an example of the types of reports and types of information that we’ll be producing more of as we move into the world of trying to get total costs under control.”

PJ: Can you explain the rise in deductibles and out-of-pocket costs?

JV: “It’s trended with increases in health care costs. So health care spending and Oregon health care costs are increasing about 6.5% per-person, per-year over the last couple years. Our new statewide cost target program creates a goal of cutting that in half each year, and reducing it to 3.4%. Employers are shifting a larger share of that annual increase to workers to try to keep premiums low. That usually looks like higher out-of-pocket costs, higher deductibles, larger co-pays. In a lot of cases, employers and employees are paying a larger share of the premium increase as well. The cost of health care premiums really just reflects how much was spent on health care in the last year, and we’ve got to get that annual increase of health care costs under control so that we can stop the trend of a larger share of out-of-pocket costs on our workers and families in the state.”

PJ: So what is OHA, specifically your division, working on right now to increase coverage in Oregon?

JV: “Affordability, costs, and health care coverage are key strategies towards our goals of health equity. For most folks who don’t have insurance, they have very limited access to the health care system and sometimes only the emergency room. We also see big disparities and inequities based on affordability. For example, only 6% of Oregonians didn’t have insurance in the last year, but 15% didn’t get the health care service they needed because they couldn’t afford it. So what that tells us is that we have to get people insured, but we also need to make sure that insurance is affordable and covers enough services so that folks can actually get access to the care that they need. In every way we slice this, we see larger disparities and inequities for communities of color. For instance, we see a larger share of American Indian and Alaskan Natives who didn’t get a health care service in the last year due to cost – closer to 25% than 15% for the general population. We really need to get both costs under control and continue to expand coverage in order to meet our health equity goals to state on the coverage side.”

“There are going to be several things that we have to do in tandem over the next couple of years. So first is Medicaid, and stabilizing coverage and making it easier for folks who are eligible for Medicaid to be enrolled and stay enrolled. That’s one of our key goals for our next 1115 waiver. A lot of folks are churning on and off Medicaid. That means their eligibility was slightly shifting so that they would fall off of Medicaid until their income went down and then they’d come back on. We’ve seen that really stop during the pandemic because we have not been doing our normal eligibility determinations. We want to be able to tweak some of the rules for eligibility with Medicaid to look out over a longer period of time so that folks whose income is fluctuating slightly can stabilize their insurance coverage, and make sure that they don’t have breaks in insurance coverage or their relationship to their provider.”

“The third piece will be the marketplace, and thinking about some redesigns of health plans that are offered in the insurance marketplace. This will be for folks who buy insurance themselves, and potentially for small businesses as well to create a more affordable option. I think if we can do those things, we can close the gap and get ourselves probably closer to 98% of the people in our state insured without inequities.”

PJ: What gives you hope for the future and what still needs to be done?

JV: “We’re really excited to be working with this [Biden] administration. We will be one of the first states to be talking with them about a Medicaid waiver. All the signals we are getting from the administration are that they really have the same goals as us around advancing health equity, around affordability, and around expanding coverage. We’re excited now that several of the key seats at CMS (Centers for Medicare and Medicaid Services) have been filled. That means we are able to start to engage this administration on ways that we think we can really build off the Affordable Care Act. I think the [Oregon] legislature really sent another key signal this session that they’re really focused on affordability and getting to universal coverage. I think voters have spoken on this, it’s been a priority for the governor, and it’s been a priority for the legislature. I think collectively we’ve got a number of initiatives that will really push us in that direction in the next couple of years.”