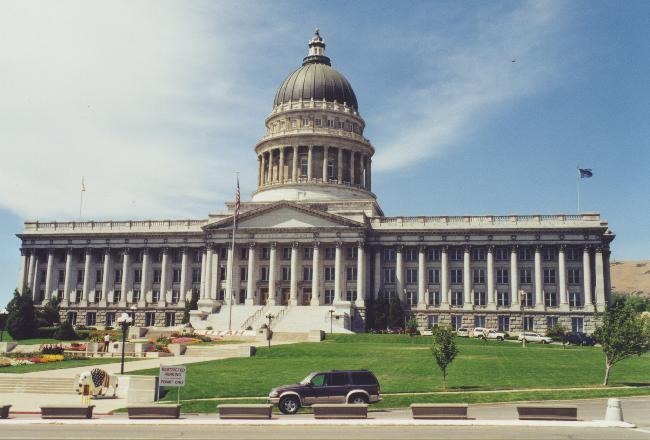 The Health and Human Services Interim Committee met on Wednesday to discuss legislation that would ban gender affirming procedures for minors. During the meeting, lawmakers revisited House Bill 92, which failed in the House Rules Committee during the regular session.

HB 92 would prohibit a physician or surgeon from performing a “transgender procedure” on individuals under age 18. The bill includes the prohibition of puberty blockers, which are meant to pause puberty in adolescents to allow that child to continue to work through their gender identity before taking further action.

According to Dr. Nicole Mihalopoulos, chief of the Division of Adolescent Medicine at the Department of Pediatrics at the University of Utah School of Medicine, there is no evidence on the long-term effect of puberty blockers in children.

The bill would also prohibit what it defines as a “sex characteristic-altering procedure” on a minor.

Mihalopoulos testified in opposition to the bill, and offered a report outlining the prevalence of condition of treatment, outcomes of treatment, clinical guidelines and Utah state policy.

Mihalopoulos testified that 1.8% of Utah adolescents identify as transgender, which is about 2,000 youth. Of those youth, 35% reported having attempted suicide. However, according to Mihalopoulos, studies show that gender affirmation is associated with stronger mental health outcomes.

According to Mihalopoulos, the Division of Adolescent Medicine critically analyzes decisions and has long discussions with the family and the child before suggesting the use of gender affirming interventions. Consent needed for these interventions goes beyond standard consent procedures by requiring two parent and child consent where it is usually not necessary.

According to bill sponsor Representative Rex Shipp, a Dr. Ken Zucker study found 80-90% of children interested in gender affirming medication who did not commit to the medication are comfortable in their biological sex once they are done with puberty. He claims these procedures are treating the symptoms and not the root causes of the problem.

“We realize there are issues with these children and it’s real. But the idea of treating the symptoms instead of the root of the problem is my concern.”

Pruden claims puberty blockers have irreversible physical and psychological consequences on young people and that erroring on the side of caution for these youth is most important.

“Gender dysphoric children left alone without social transitioning entering into this process, will as adults simply become more comfortable with their biological sex. Parental rights are important, but the right to harm children is something that this legislature deals with all the time.”