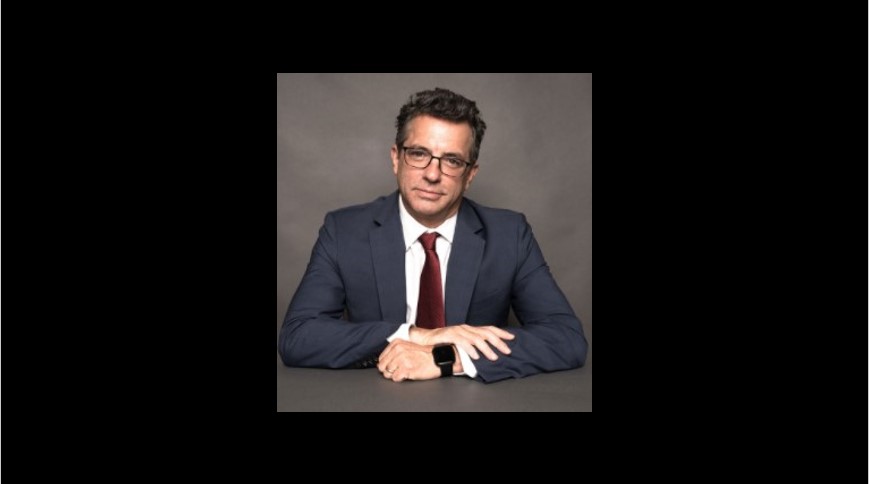 As the president and CEO of Mental Health Colorado, Vincent Atchity has firsthand experience with Colorado’s unique mental health needs. The state has repeatedly ranked among the lowest in the country for mental illness prevalence and suicide rates. Needless to say, the arrival of COVID-19 added a whole new layer to Colorado’s mental health needs.

Atchity spoke with the State of Reform on Monday about the state of mental health in Colorado. What does the state need to do to address its high rate of mental illness? What are the implications of its newly approved Behavioral Health Administration? What more needs to be done? Atchity shares his thoughts on these questions and more in this informative Q&A.

Vincent Atchity: “I believe we’ve ranked in the bottom third of the country for several years, and maybe longer … I think that in 2021, we were ranked 47th out of 50 for need versus access to care. And I’ve seen other statistics coming out of those national rankings where it suggests that more than half of the Coloradans who need some kind of mental health care don’t ever get it. So, why is that?

I think that a key access issue is how difficult it is to get an appointment, or to figure out where to go to get an appointment, and to figure out what kind of care your insurance will cover. I think those are barriers. We know that it can take a long time to see a psychiatrist. I’ve heard from families who had a teenage son who was having suicidal ideations, and while they were able to get good crisis intervention with the crisis service line, and de-escalate the immediate concern, they weren’t able to get a follow-up appointment with a psychiatrist to start doing some meaningful intervention for over a month out. So when you think about the distress of a family that has a kid they’re worried about, and not being able to let them leave the house, or leave the house themselves, and feel like they’re being constantly vigilant for a long period of time while waiting for there to be care — that happens way too often here.

When you look at a map of Colorado that shows [the state] broken up into health regions where some of them are designated as shortage areas for behavioral health providers, it’s almost the whole state that has inadequate numbers of clinicians to meet the needs, by demographic, for the sake of the population. So there’s a shortage area issue for sure.

We also hear that our substance use is on the more extreme side here in Colorado. From opioids to methamphetamine on down through alcohol and marijuana, there’s a lot of that that is self-medication, but also leads to poorer mental health outcomes because substances are not always the best thing for people … We are also ranked as top five in the country for suicide. Suicide is the leading cause of death for young people, and nobody’s got a really firm answer about that, other than to observe it. Other states that are highly ranked in prevalence of suicide are also, as I understand it, Mountain West states … I haven’t seen real hard research science that gives us any kind of explanation [for] that, so there’s just things to speculate about. I think that the distances between people, the kind of isolation that people can experience in wide open parts of the world — these may be contributing factors, I think, especially in rural and frontier communities…”

EK: Polis recently signed a bill to establish a statewide Behavioral Health Administration (BHA). This has huge implications for the mental health of Coloradans — can you speak to Mental Health Colorado’s perspective on this new state entity?

VA: “If you read the Legislative Declaration of the BHA bill, it is quite ambitious and sets a pretty high bar for the expectation that care is supposed to be holistic, and that people are supposed to get the care they need when they need it, and that regardless of ability to pay, there should be a smooth, easy pathway to care — really emphasizing that ‘no wrong door’ notion. So we’re obviously totally behind that.

We’re very pleased that the Behavioral Health Task Force and the Department of Human Services emphasized consumer satisfaction as a real driver for the BHA. One of the arguments that appealed to me and became an argument we were using too was that, when you present yourself in distress, as an individual or a family seeking care, what you should get is just care. All of the distress of figuring out how to pay for it, and whether your plan covers this and not that, that’s the work of the administrators and the administration to figure out, and the individual and the family, in the meantime, should be on a sensible, logical path from assessment into treatment into whatever it is they need. And that bureaucratic burden really ought to shift to this BHA.

I think it’s a tall order, and there’s a lot of uncertainties as to how that is going to be made to happen. One of the persisting questions there is, ‘Does the BHA really serve everybody, or does it serve a small subset of people who fall between the cracks of private payers and Medicaid?’ Because unless it really serves everybody, and serves to bridge those gaps between whether you’re covered by Medicaid for this, or not covered by your private [insurer] … I think there’s a lot that remains to be seen as far as implementation goes.”

EK: Aside from the bill that created the BHA,  Mental Health Colorado is supporting dozens of other pieces of legislation including the Rapid Mental Health Response for Colorado Youth bill, Behavioral Health Crisis Response Training and more. Which of your supported pieces of legislation stand out as being particularly impactful for Colorado’s mental health?

VA: “I think the one that will be most memorable is [the] 988 [bill]. Thanks to Moe Keller, our director of advocacy, who [was] a legislator in the state for 16 years, we ‘ve got this bill going through and it seems to be unopposed … The federal 988 number is expected to go into effect next summer … So our expectation is that crisis calls will surge when there is a 3-digit number that children can remember, and they don’t have to hunt up the Colorado Crisis Services ten-digit number … So the bill that Moe has championed for us will add a surcharge to our phone bills to pay for dispatch and crisis services, which is exactly the same way our 911 crisis response is funded. So Colorado will be in a position, by next summer, of having built up a treasure chest of funding so that we’re not behind the eight ball next July as calls surge. We’ll have the resources available to put an adequate system of response in place for [the] expected surge in calls.

[Another bill] is the peer support services bill, which is essentially done and should be finalized. And that should be impactful for workforce because it broadens the range of settings in which peer services will be reimbursable. And peers are people in recovery [from] mental health and substance use conditions and are extremely effective in helping others recover well, and stick with treatment plans and things like that. So that should help address access, and it should also create jobs for people in recovery who can apply what they’ve learned in a really meaningful way.

[The] Secure transportation [bill] is about to the finish line also … That will provide communities with alternatives to patrol cars and ambulances, which are traumatizing at best, and also costly. It’ll give communities a business model for providing lower-key, effective transportation for mental health services.

We’re trying to put in the first set of standards for jails, with regards to how jails [handle] people with mental health and other health conditions including pregnancy, putting some guardrails around the lengths of time people can be left to languish in solitary confinement. That’ll bring our jails up closer to the standard that our state prisons are setting.

You mentioned [Rep.] Dafna Michaelson Jenet’s bill … That’s a really important one as we come out of this first phase of the pandemic. If we want to save ourselves costs and poor outcomes ten years down the road, now is the time to get in there with the younger people and provide some timely support.”

VA: “A lot of [the U.S.] mass incarceration is driven by inadequacies in the way we support peoples’ mental well-being … People can go nearly a lifetime, or well into adulthood, with their mental health needs largely neglected or ignored. And when crises occur, we’re all trying to call 911 — that’s what you do. If your son is having a psychotic episode and being scary, you call 911. But what you don’t expect is handcuffs, tasers and assault charges because he’s freaking out thinking that all of the paranoid dreams are coming true as the police are bearing down on him in his own bedroom…

The other key thing is that we don’t have adequate in-patient or long-term residential care for people. There’s no mechanism for that, and there’s no facilities for it. This country closed its large [mental health facilities]– they called them ‘asylums’ — in the mid-sixties because — they still are the subject of horror films … And it’s because, back then, people were essentially warehoused in settings that were often neglectful if not abusive or experimental. And there was very little standard of care, and so asylums were these negative places. In the 1960s, there was an enlightened movement to say, ‘This has got to go. People will thrive in community and smaller settings.” So they closed them down, but the adequate funding was never appropriated to build alternatives…

Disentangling comes down to two things really. It’s crisis intervention that is clinical, as opposed to law enforcement-based. So we’ve been really glad to see increasing co-responder efforts, or solely clinical mobile outreach efforts. That’s great because if we can keep people from getting entangled to begin with at that first intercept, that’s ideal. But on the other end of it, we need to build capacity because there are people who are too ill to thrive in a super competitive housing and employment market. And they will, as a consequence, be living under bridges, or cycling from one unstable housing setting to another, failing to keep jobs down. We have to have enough capacity to house people in a supportive way when their health needs demand it.”