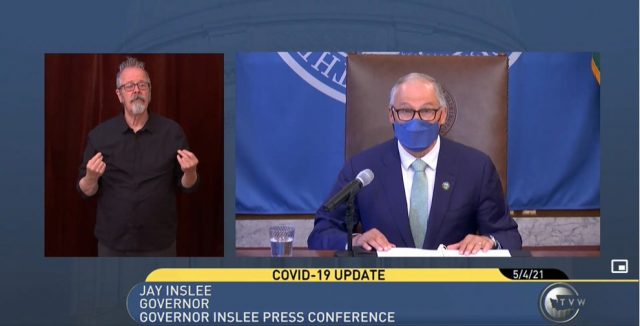 On Tuesday, Washington State Governor Jay Inslee announced a two week pause on the state’s phased reopening plan, the Healthy Washington: Roadmap to Recovery Plan. This pause means each county will remain in their current phase.

Inslee said this pause comes after careful consideration of the state’s case numbers.

“We’re responding to that most recent information as best we can. The tremendous success comes from Washington citizens willingness to follow guidelines.”

Inslee said the state’s epidemiologists believe the state is approaching a plateau. This news is in a stark contrast to what Inslee called “fourth wave” of COVID in a press conference last week.

“This is a new form of COVID. A mutant strain that today has caused a fourth wave, a fourth surge that we are in the middle of, that is threatening the health of Washingtonians. These are mutant strains that are much more transmittable, particularly one of them, than the original strain of the virus.”

Inslee credited the possible plateau to the increase of vaccine availability. Currently in the state, 5.59 million vaccine doses have been given.

“We are seeing encouraging signs that the epi curve for the state might be leveling off… This two week pause will allow us to see where we are at the beginning of the trend.”

Jeffrey Duchin, health officer of public health for Seattle & King County, said the case counts in King County have plateaued after rising for two weeks. He said the most important thing Washingtonians can do is to get vaccinated.