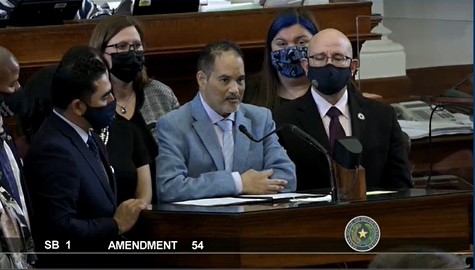 After hearing an impassioned speech from Rep. Garnet Coleman in support of one of his several amendments to the Senate budget bill, the Texas House rejected Coleman’s amendment that would have directed the state to use a Medicaid 1115 waiver to maximize federal funds to expand coverage in Texas.

The rejected amendment was on page 103 of SB 1: 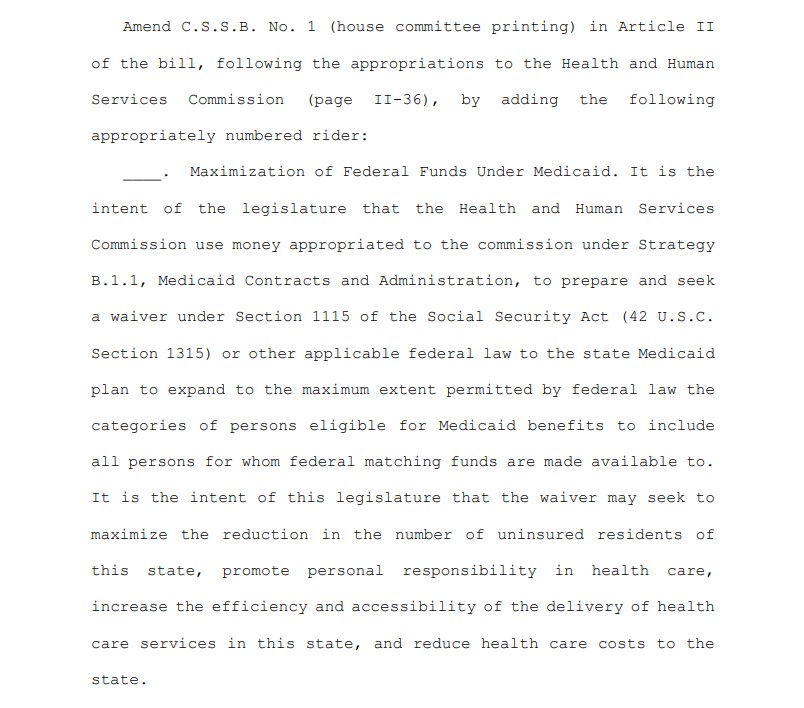 This amendment was an alternative to a different amendment he presented calling for a flatout expansion of Medicaid — which he ultimately withdrew.

He also brought an amendment that alluded to future Medicaid expansion while calling for a renewal of the waiver. Coleman withdrew this amendment as well.

The House did, however, pass Coleman’s amendment that solely directed the state to reapply for its recently rescinded Medicaid waiver — an expected maneuver after the loss of the waiver.