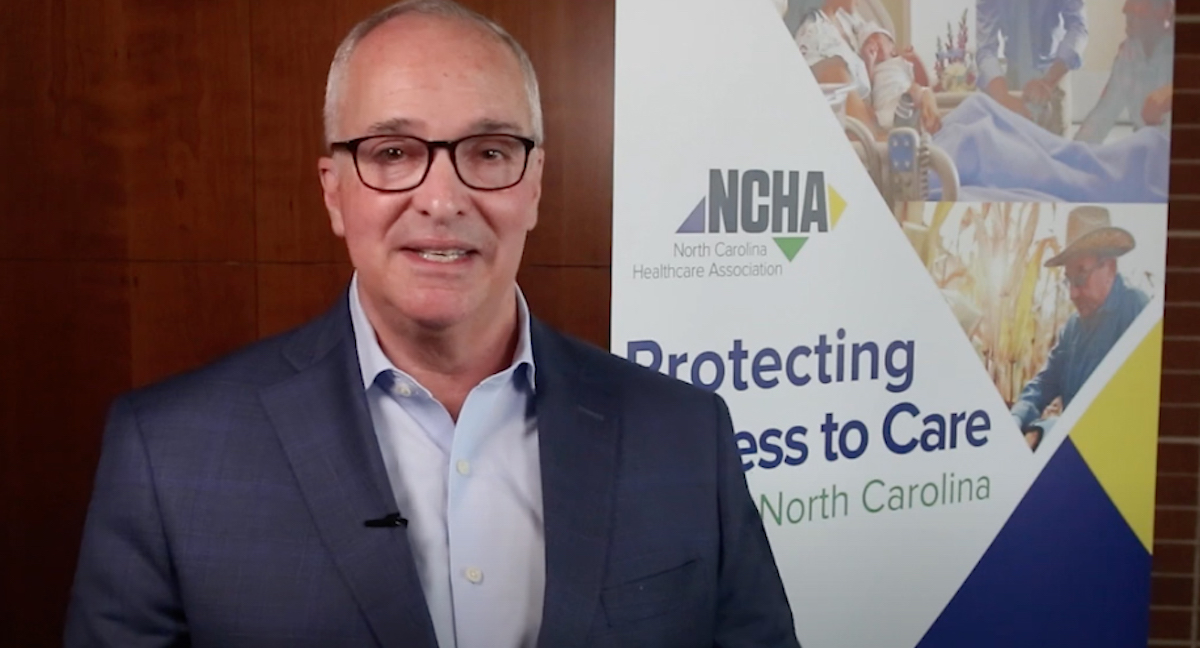 Steve Lawler is the CEO of the North Carolina Hospital Association. In an interview with State of Reform, he explained why he supports Gov. Roy Cooper’s efforts to expand Medicaid in the state. Currently, North Carolina is one of 12 states that have yet to expand the program.

Shawna De La Rosa: Why does the association support the expansion of Medicaid in the state?

Steve Lawler: “We believe it is best for patients and people who would qualify under the expansion. We also think it’s the best option for communities because more people would gain access. Many people who are uninsured don’t get care. They use the hospital emergency department as the default, but that’s not the best place to receive care — especially for health problems that could have been prevented.

Also, North Carolina is essentially paying for all the other states’ Medicaid expansions. We should also take advantage of this opportunity.

SD: What does the Medicaid program look like now, and how well is it working?

SL: “We have a traditional Medicaid program that is directed by the state. On July 1 it will transition to Medicaid Managed Care, which means there will be HMOs that assume the risk for these individuals. For hospitals and providers, this means they will be paid less for doing similar work. It will require better organization and coordination on the part of  health systems.”

SD: If Medicaid were to be expanded, how many more people would have coverage?

SL: “Up to a half a million people. Hundreds of thousands of people. And these are people who work. People like fishermen and veterans, people who don’t currently qualify as we speak.”

SD: How would Medicaid expansion benefit the state financially?

SL: “The North Carolina Institute of Medicine has done studies on that. It points out that expansion would have an economic lift for the state, and create more jobs. There is a compelling business reason to expand.”

SD: The governor is encouraging expansion, adding it to his budget proposal. Also, Democrats have introduced legislation [SB 402 and HB 316] to expand Medicaid. How likely is it that this will pass during this session?

SL: “It’s a challenge. We support a bipartisan approach to expand coverage to all people. There’s a political process that has to take place. Governor Cooper has been a proponent of expanding, but it hasn’t materialized. We have a divided government with a Democratic executive branch and Republican house and senate. We are hoping that they will be able to reach an agreement so that people who aren’t covered can be. They deserve coverage and it’s better for the state for them to have coverage. We need an adequate care system in place.”

SD: What do you think is stopping the state from expanding?

SL: “There is political posturing and lobbying. And who is going to get the credit for leading that effort? For those of us in the health care community, we have the privilege and responsibility to care for the community. We want a plan that allows us to take care of people and that supports our efforts to do that.

It needs to come from both sides of the aisle and they both need to be able to take some credit for that. Let’s make use of our tax dollars here in North Carolina and let’s do something that is going to make our state a destination for people and businesses and families — and not build a barrier that prevents that from happening.”

SD: Is the pandemic shining a light on the importance of coverage and Medicaid expansion?

SL: “Our membership is taking on access. You can’t have equity without access. Access to care levels the playing field and the pandemic shined a light on what happens when there is health care disparity. It’s fair to say you can have systems that are created to treat people equally within the four walls of the hospitals, but when they leave the care of the hospitals, access to care is not at all equal. Medicaid expansion is another tool that would allow us to do that more effectively.

I do appreciate the new [Biden] administration trying to sweeten the pot for those states that haven’t yet expanded. It’s about making decisions that are in the best interest of all. But it does get a lot more complicated than that.”

This has been edited for clarity and length.