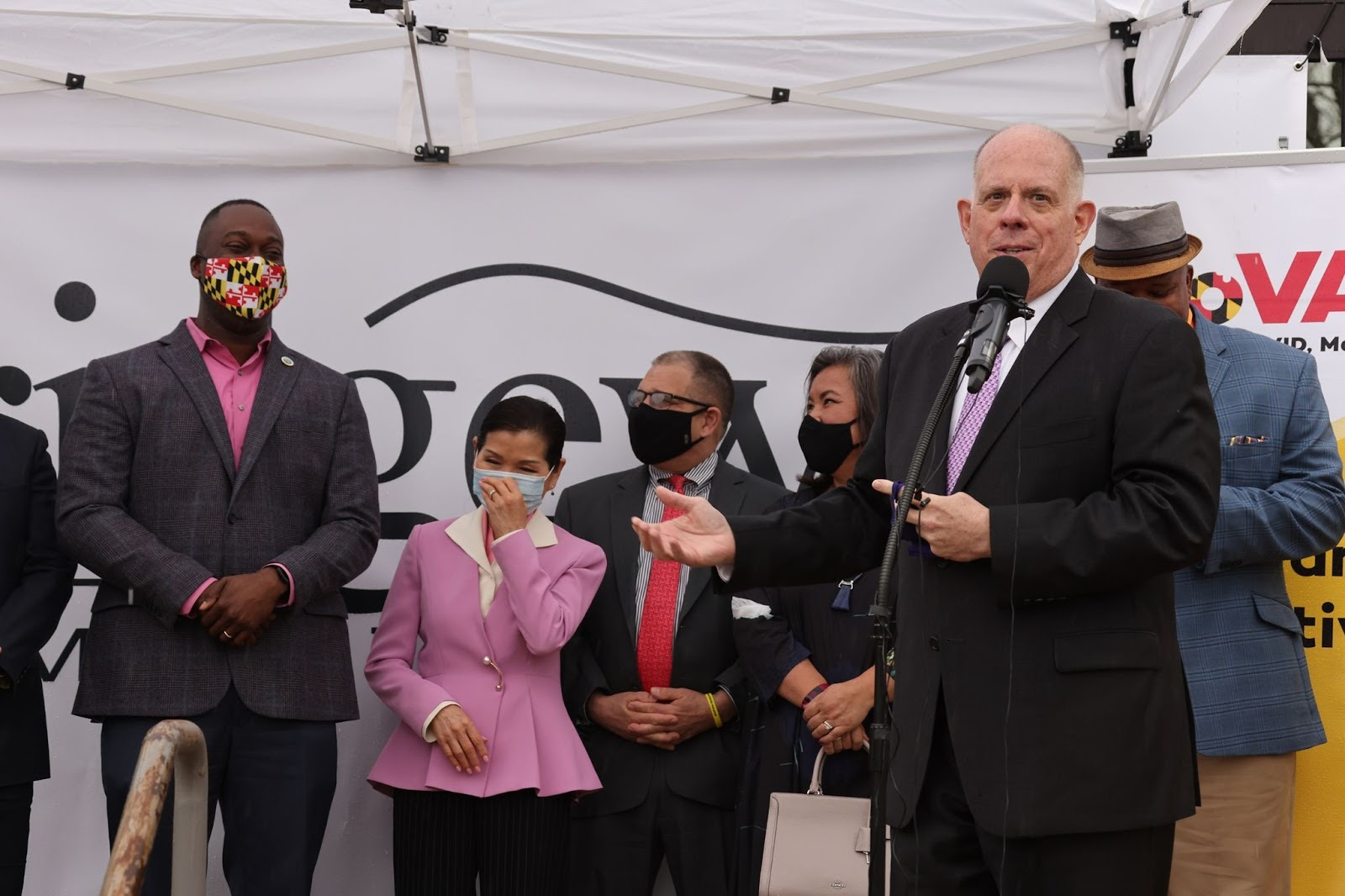 As of Friday, Maryland had vaccinated 27.5% of its Black population — making it the third highest in that metric in the country behind Oregon and New Mexico, according to a report by Bloomberg. The same report finds Maryland is 9th in the nation for vaccinating Asian individuals and 12th in the nation in vaccinating its Hispanic population.

Its GoVAX campaign featured local celebrities and legislators, such as Sen. Melony Griffith who joined the effort to increase the vaccination rate in Prince George’s County.

In a public service announcement, Griffith reiterated the importance of receiving a vaccine for those living in Prince George’s.

“Prince George’s County, like much of the state and country, got off to a slow start with vaccinations. We are reaching out to communities and trying to spread the word that the vaccinations are safe, effective and will become more available in the weeks and months to come.”

The GoVAX campaign is using multiple means to assure Marylanders that the vaccine is safe and effective, including holding a town hall and using a sound truck to decimate messages. Mark Martin, deputy director for the Office of Minority Health and Health Disparities for the Maryland Department of Health, has also talked to State of Reform about steps the department is taking to promote the COVID-19 vaccine.

“There are a number of factors contributing to the racial inequity and hesitancy is one of them. So we’ve launched the “GoVAX” campaign and we’ve been very intentional about including trusted people from a wide range of backgrounds in the community to promote the efficacies of the vaccine. That includes pastors and political leaders.”