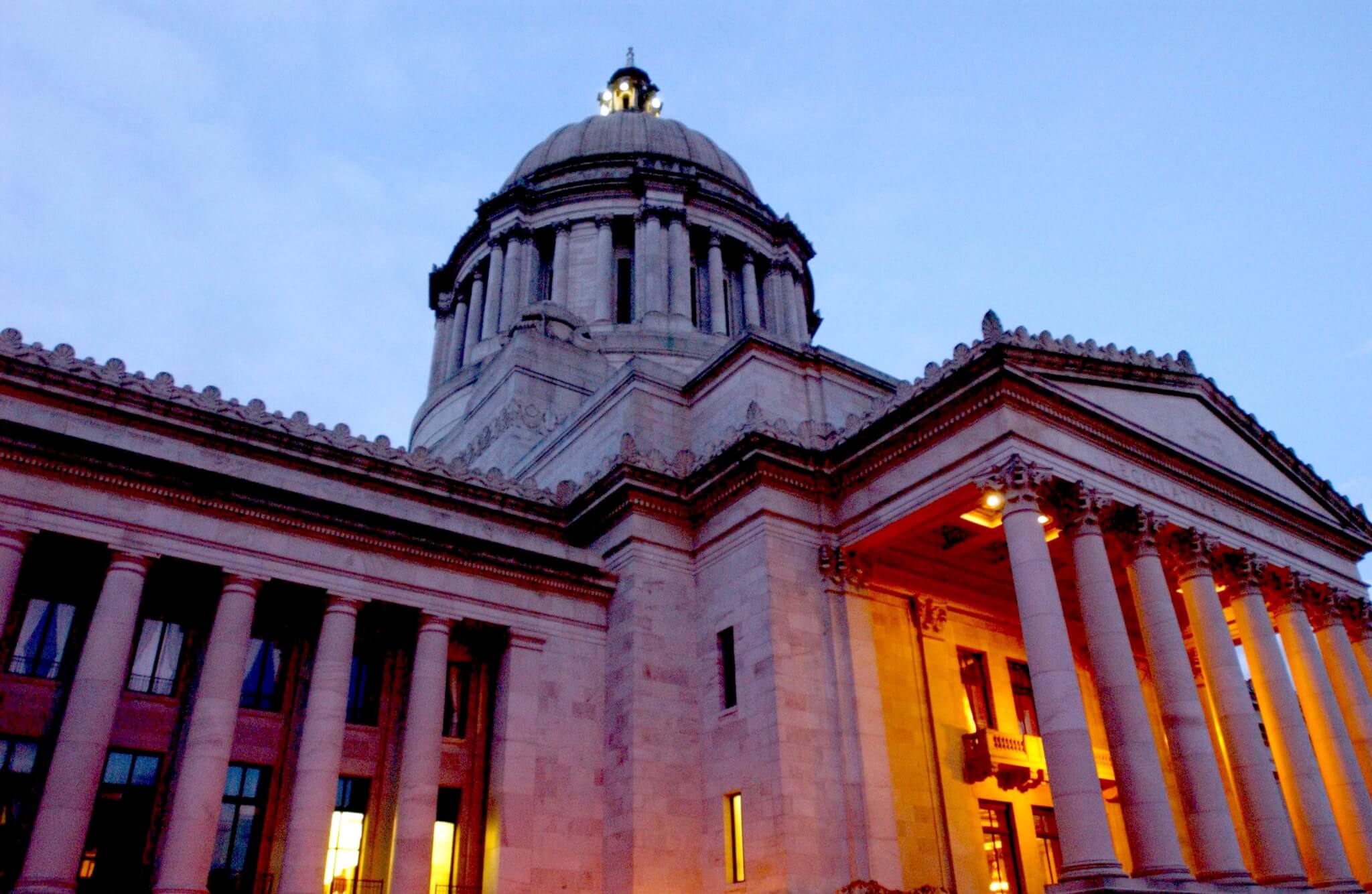 The past two weeks have been busy ones in the Washington State Legislature. The cutoff for bills to move from their house of origin is on Tuesday, March 9th. Legislators spent the last two weeks in floor sessions from morning until night, and sometimes even on the weekends, working to move bills into the next house.

There were 33 health-related bills that managed to make it from the House to the Senate in the past weeks. Here are the 13 we are watching.

There were several bills that passed with support from both parties and minimal debate. This includes HB 1378, which is sponsored by Rep. Alex Ybarra (R.). This bill would allow medical assistants who are assisting with a telemedicine visit to be supervised through interactive audio and video telemedicine technology. This bill passed unanimously, with 97 votes in favor and none against, and has been referred to the Senate Committee on Health & Long-Term Care.

House Bill 1129, sponsored by Rep. Javier Valdez (R.), would authorize the Washington Medical Commission to issue limited licenses to international medical graduates. This bill also passed bipartisanly, with 94 votes in favor and only four votes against the bill. The members that voted against the bill are Reps. Michelle Caldier (R.), Rob Chase (R.), Vicki Kraft (R.) and Bob McCaslin (R.). It was referred to the Senate Health Committee.

House Bill 1196, sponsored by Rep. Marcus Riccelli (R.), would require reimbursement for audio-only telemedicine services, expand the definition of telemedicine for the purposes of hospital privileging to include audio-only telemedicine and require the Insurance Commissioner to study and make recommendations regarding telemedicine. This bill passed with 94 votes in favor and three against. Reps. Jeremie Dufault (R.), Eric Robertson (R.) and Drew Stokesbary (R.) voted against it. It has been referred to the Senate Health & Long-Term Care Committee.

A bill sponsored by Rep. Joe Schmick (R.), HB 1096, would remove the Dec. 31st, 2022 expiration date for non-Medicare coverage offered through the Washington State Health Insurance Pool. This bill passed unanimously with 96 votes in favor and none against, and has been referred to the Senate Health Committee.

House Bill 1348, sponsored by Rep. Lauren Davis (D.), would prohibit a person’s Medicaid eligibility from being affected by the person’s incarceration status for up to 29 days. This bill also passed unanimously with 97 votes in favor and none against, and has been referred to the Senate Human Services, Reentry & Rehabilitation Committee.

The last bill that passed with bipartisan support was HB 1086. This bill, sponsored by Rep. Tarra Simmons (D.), would eliminate regional behavioral health ombuds services and create the State Office of Behavioral Health Consumer Advocacy to establish rules, standards and procedures for behavioral health consumer advocacy services across the state. This bill passed with 97 votes in favor and none against, and has been referred to the Senate Health Committee.

Seven of the bills we are watching passed with narrower margins and much more debate. House Bill 1009, sponsored by Rep. My-Linh Thai (D.), would require certain student health plans to provide coverage for the voluntary abortion of a pregnancy. This bill passed with 57 votes for and 40 against, with the House completely split down party lines. Kraft, who voted against the bill, said:

House Bill 1148, sponsored by Rep. Eileen Cody (D.), would establish penalties for hospitals that fail or refuse to comply with state licensing standards, including civil fines and stop placements. This bill passed with 60 votes in favor, including Republican  Reps. Kelly Chambers, Jesse Young, Robertson, Ybarra and Caldier. Thirty-seven legislators voted against it, including only Rep. Mike Chapman on the Democrats side voting against.

Schmick, who voted against the bill, said:

“I struggle with and I’ve called every one of my small hospitals and talked to them about this and this is really their concern. And I do agree that we probably needed to do this. But here’s my concern today, and why I’m going to vote no. The relationship that the smaller hospitals have with the surveyor inspector, whatever you want to call that person coming in doing the inspections of hospitals. They’ve had a good working relationship to the point where if there was an issue they dealt with it immediately. Their concern is that with this added, disciplinary actions that they will have it would change the relationship to an adversarial one.”

The bill has been referred to the Senate Health Committee.

House Bill 1272, sponsored by Rep. Nicole Macri (D.), would require that hospitals provide detailed information regarding several identified categories of expenses and revenues in financial reports to the Department of Health. This bill passed with 58 votes in favor, with Reps. Paul Harris and Caldier on the Republican side voting for the bill, and 40 votes against, with the lone Democrat Chapman voting against the bill.

Schmick spoke against the bill and said:

“I do think that there is a need for transparency, but I also think that it’s sometimes the larger hospitals. They’re more of an issue. And sometimes when we design things, one size does not always fit all, and this is just one of those classic examples. I do not want to burden my critical access hospitals with additional reporting.”

This bill was also referred to the Senate Health Committee.

House Bill 1363, sponsored by Rep. Lillian Ortiz-Self (D.), would require the Office of the Superintendent of Public Instruction to publish on its website links to resources, self-assessments, and best practices for educators and local policymakers to prevent and address secondary traumatic stress in the workforce. This bill passed with 58 voting for the bill, Rep. Skyler Rude the lone Republican voting with Democrats, and 40 against.

Ybarra, who voted against the bill, had this to say:

“Another unfunded bandaid, and that’s what this is. There was a bill last year that had some funding for the schools that would help in that effort but this bill doesn’t, to the best of my knowledge [have funding].”

This bill has been referred to the Senate Early Learning & K-12 Education Committee.

House Bill 1141, sponsored by Rude, would allow advanced registered nurse practitioners, physician assistants, and osteopathic physician assistants to perform the duties of an attending or consulting medical provider under the Death with Dignity Act. It reduces the 15-day waiting period between the first and second requests for medications under the act to 72 hours. The bill passed with 60 votes in favor, with Reps. Bruce Chandler (R.), Larry Hoff (R.), Joel McEntire (R.), Harris and Rude voting against their party majority. Thirty-seven members voted against the bill, including Rep. Dave Paul (D.).

Schmick argued against the bill, arguing that death is a “natural process.”

“This bill does change what was passed, I would say pretty substantially. By all the counties that voted for this we’ve shortened the time frame dramatically. We’ve allowed mail order, more providers to be able to authorize this. This is not what the people passed and I go by that. I have sat with my parents and cared for them as they ended their life naturally. Death is a natural process and I, Mr Speaker, I value life. Time will take its course. Is there suffering in the end? Absolutely no one would deny that. But to make it easier to take one’s life, I struggle with.”

Schmick also spoke against this bill:

“The one question that I have and the quick caveat. Is it our place as a legislature to put limits on contracts between two private parties that are negotiated? And that for me I’m struggling with that today. So with all the good things that this bill does, and there is a lot, this question still lingers in the back of my mind whether we should be doing that.”

The last bill we are watching in the House is HB 1127, sponsored by Rep. Vandana Slatter (D.). This bill would restrict a covered organization’s ability to collect, use or disclose Coronavirus Disease 2019 (COVID-19) health data. Specifies prohibited purposes for collecting, using or disclosing COVID-19 health data. Exempts COVID-19 health data from disclosure under the Public Records Act. This bill passed with 76 votes for the bill and 21 against. The Republican caucus was split on this bill, with 21 voting against the bill and 20 voting for.

Kraft spoke about her issues with the bill and why she would be voting against it.

“There are things, specifically language in this bill that seems to be conflicting language with that intent for providing data privacy and security… I appreciate that the bill addresses an opt in or affirmative consent. One aspect of that affirmative consent is that someone can withdraw their affirmative consent…. Page eight line eight essentially states that if affirmative consent is withdrawn, then the covering organization, or the one that’s doing the data privacy, has to stop collecting, using, or disclosing data within up to seven days. Madam speaker seven days is a long time. Especially in the technology world as we all know. Think of some of the unfortunate data security fraud scams and also breaches that have happened that’s just the reality of the technology and data world.”