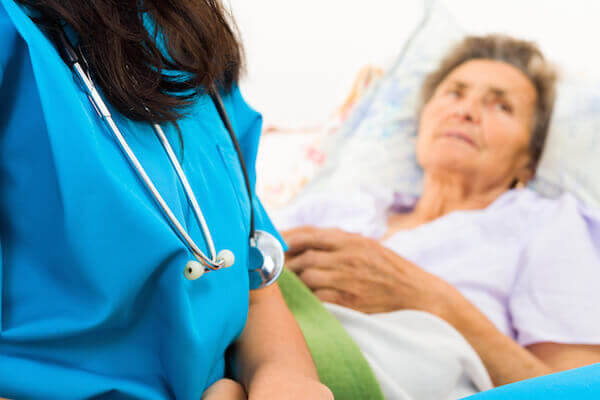 The North Carolina Health House Standing Committee re-referred Clifford’s Law bill to the Committee on Rules, Calendar and Operations of the House Tuesday. House Bill 351, which is sponsored by Rep. Jimmy Dixon, would ensure individuals living in nursing homes and assisted living environments could have at least one visitor a minimum of twice a month.

Dixon explained the bill is an attempt to take what was learned last year and adopt new rules to the current times. The law is named after a real person who was deeply affected because he was unable to see his loved ones during the pandemic-induced lockdowns at nursing homes.

“I believe Clifford represents hundreds of thousands of people who don’t have the strongest voice to speak for themselves. It is in the best interest of residents in these facilities to have a minimal number of visitors. I am proposing that the secretary of DHHS, in consultation with stakeholders and facility owners, set up a protocol so residents can identify one pre-determined visitor and one alternate visitor so that if visitation is eliminated or curtailed, they can have that contact twice a month.”

The committee re-referred several other bills, including HB 339, which would increase skilled nursing pay by 80 cents per 15 minutes. The bill was re-referred to the Appropriations House Standing Committee. It would appropriate $5.8 million in recurring funds for the 2021-2023 biennium to DHHS and the Division of Health Benefits to implement the mandated Medicaid rate increase. It specifies that funds provide a state match for $12.1 million of federal funds for 2021-23 and appropriates those funds to the same purpose.

The Medicaid Modernization Hospital Assessment — HB 383 sponsored by Rep. Donny Lambeth, Rep. Donna White and Rep. Wayne Sasser — addresses the transition over to prepaid health plans. Lambeth testified that the state can’t continue to do the same process in the new capitated system that it’s been doing in a fee-for-service system. The state will move to its Medicaid Managed Care system on July 1.

“This is simply converting our current system to make it work with the new system.”

The bill was re-referred to the Finance House Standing Committee.

Lambeth also testified on the importance of the Improving Access to Care Through Telehealth Bill, which is HB 149.

“Many of you have seen how telehealth has risen to the forefront. I have had personal experience with telehealth in the an emergency room. It kept patients from being referred into much more expensive referral hospitals. There is still some work that needs do to be done and we are working with insurance companies and providers to get the language right.”

Lambeth said that though there is no hard data to track outcomes yet, anecdotal evidence indicates that patient satisfaction is higher and costs are lower.