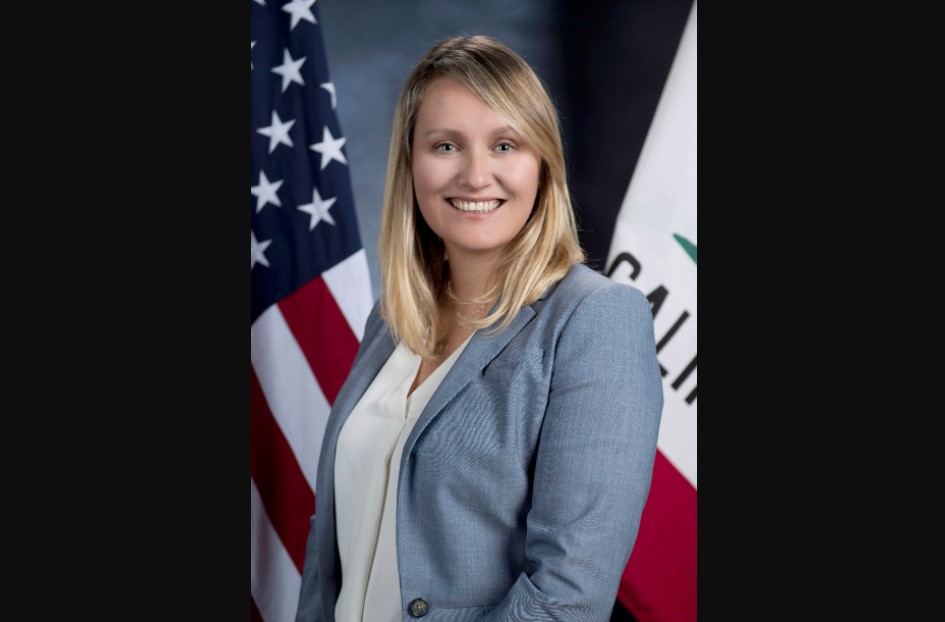 Assemblymember Buffy Wicks is focused on the fight for affordable housing and equity this session. From sponsoring a bill that will require local governments to establish rental registries that will collect data on rent increases and eviction history to help policymakers determine how to tackle the housing crisis, to a bill that will establish the collection of data on patient health outcomes by race, ethnicity, and other vulnerable demographic groups to ensure providers are delivering equal care for all.

Assemblymember Wicks represents the 15th District in the California State Assembly. Elected in 2018 and re-elected in 2020, her district spans the region of Oakland to Richmond, and includes the city of Berkeley. A lifelong-community organizer, Asm. Wicks previously served on both of President Barack Obama’s campaigns, and worked for him in the White House. In this Q&A, Wicks talks about California’s housing crisis, health equity and the importance of addressing the issues that have been sidelined for way too long.

Sydney Kurle: After a full career of organizing and working in the White House, what made you decide to run for state office?

Asm. Buffy Wicks: “Donald Trump. He was a big motivating factor for me, and many other women in the 2018 election cycle. But you know, I was pregnant in the 2016 election, and actually, my daughter was due on election day. And I thought she was going to be born on the day we elect our first woman president. And that did not happen. She was late, two weeks and two days late, which I refer to as her first act of civil disobedience, it was almost as if she said ‘okay, you all just elected Donald Trump, I’m going to stay in here protected from whatever’s out there.’ And, obviously, Hillary Clinton didn’t win. And that set me on this path.

I had worked in national politics for a long time, I did community organizing for a long time, I worked for President Obama for six years and worked in progressive politics for a long time. And I just thought: What can I do now to be a part of change and to be a part of a progressive agenda? And it was a couple of months after that my assembly seat opened up, and I realized this is what I can do. Because at the state level, we can still move policy effectively, and in California, we can demonstrate strong progressive public policy, and model it for other parts of the country. And I just knew that federal politics was going to be a dumpster fire with Trump as president, and people still needed our help, and the way we could do it was at the state level. And so I jumped into a 12-way contested primary and launched an aggressive campaign and then won in 2018.”

SK: How has the session been going? What progress do you think the legislature has made on topics like affordable housing and homelessness?

BW: “I’ve done a lot of work in the housing space in particular. And in my district, we’ve seen a 47% increase in homelessness, in the two years prior to COVID. And we’re still waiting on the numbers of what things look like in the last year, and we’ll see what happens. One sort of bright spot was we did receive a lot of federal money for Project Roomkey, which enabled us to get a lot of our unsheltered population into housing, because of the COVID risk.

And so I think the question we have now is: How do we continue to do those types of things? But it’s a real problem here in California. And I think there’s a multitude of issues that we need to address. We have to build more housing at all income levels. Our folks that are living in deep poverty desperately need affordable housing, but also middle income and market rate housing. We have to have more funding for mental health. That’s obvious. Right now we have law enforcement that are doubling as mental health providers. And that’s not what they’re trained to do. They say they’re not trained to do it, we know they’re not trained to do it. So we have to figure out a different strategy there. And that’s going to require more funding. We need more funding for drug and alcohol treatment programs. And if you look at the disparities, the increase in homelessness is usually people of color, African Americans, Black men, you see big increases in homelessness over the last couple of years in that population.

So it’s a huge problem that we need to tackle. It’s an issue that I work a lot on, and I do think because the problem is so prevalent and so present in our communities. I think our elected officials understand that and they see it physically, and I think they feel like they need to act. So my hope is that we’re on the precipice of really making change on the issue, and being able to really fundamentally address it, and hopefully with more federal dollars coming down and guidance and a focus on housing as well. Those resources will help and obviously with Marsha Fudge as HUD Secretary, I think she is someone who is going to have a keen eye towards this issue. And hopefully, lead on it.”

SK: You touched on the report from the Department of Housing and Urban Development earlier. That report found that California had the highest increase of homelessness in the country at 6.8% from 2019-2020. What should be done at not only the state level, but also the local level in public health departments, and community outreach organizations to get people off the streets and into supportive housing programs?

BW: “It’s a great question. And I think it’s the $64,000 question in California. And again, I think it has to be a multi-faceted approach. You know, if you look at the housing question, we’re 3.5 million homes shy of where we need to be in California to support all of our people that live here. We’re 49th out of 50th in terms of fewest homes for the largest population. So we have got to build more housing, so that’s a big piece of it. Across the board. You have a smaller part of the population and of the unsheltered population that has severe mental health challenges, whether it’s drug and alcohol, or behavioral health challenges, and those folks need significant resources, wraparound services. And some of those folks are going to need permanent supportive housing with wraparound services. And that’s an investment of resources that need to accompany it to make sure that it’s successful.

But you also have a more significant part of the homeless population that has been priced out. These are folks who have jobs. We have teachers at Oakland Unified School districts who are living in their cars. We have students at UC Berkeley, who are poor and homeless, who are living in their cars. And so we also have to understand how to ensure that those folks get the housing that they need. One of the things that I’m doing, I’m chairing a Select Committee on Social Housing over the next couple of years and what we’re looking at is trying to reimagine what could some form of public housing look like? And it’s modeled off of programs in Vienna and Singapore, where you have social housing. So it’s state-owned housing, but it includes folks of all income levels, so that you’re not trying to separate your low income communities, away from the resources that they need, like grocery stores and malls and things of the future. But instead, you have mixed income housing that the state could provide, that would also be pipelines for homeownership. And so we’re looking at different models that have worked in other places to help kind of tackle the problem, but I think that is certainly a piece of it as well.

SK: There has been a well earned distrust by communities of color towards the government and the health care system. How does your bill, AB 1204, address that issue?

The state has not wrapped their head around this data. And so the whole purpose of my bill is to shine a bright spotlight on these racial disparities and racial inequities that exist within our healthcare system. And so the bill, The Race and Health Care Transparency Act, would establish a collection of data on patient outcomes, health outcomes by race, ethnicity and other demographics to make sure that we’re providing equity in our care for all people. That’s the main goal. It also requires that healthcare providers post publicly so that journalists and others can read this data and submit a state report to the state on health outcomes by race annually. So that we all have access to that information. And this speaks to a broader issue of the racial inequities, and, frankly, the racism that exists in our society, whether you’re talking about education, criminal justice, health care,  income inequality, etc. The only way we can really address these and really tackle racism, where it is, is by having the data to talk about the issue and to shine a bright spotlight on it. And then we can create the public policies to really fundamentally address it. So we have to be able to do that.

But that’s the point of the bill. Just the last thing on the bill is it requires healthcare employers with more than 100 employees to include pay data on their employees. So we can also look at the pay inequities that exist by race as well. So that’s, that’s the bill in a nutshell. I think it’s long overdue.”

SK: Does the current political and social atmosphere allow you to address issues that have been pushed aside for ‘more important’ issues? For instance a bill that collects data on health disparities would have been considered unnecessary by most people 8 years ago.

BW: “I think that what a confluence of things have done for us that include COVID-19, right. That includes, frankly, the George Floyd protests as well. These moments of challenge and opportunity for us to have a real hard look at ourselves in the mirror and say, ‘What do we believe as a society?’ We have to have some truth telling for ourselves here. And we have to have a wake up call around the world that we currently live in and what we want to strive for. And so I think we’re in that moment in this country right now.

And I think there are people that once thought, ‘Oh, we’ve elected Barack Obama, look, we have equity and racism won’t exist anymore.’ And obviously that’s not true. We went to Trump and obviously it wasn’t true. We’ve had moments of social unrest. And I think out of that unrest comes change. It is my hope that out of that unrest, we will have a vision for our communities in our state and our country that fundamentally cares about working class people, and fundamentally understands that there are racial inequities in our systems, and that we have to address those issues. And can include things like this bill [AB 1204], but also things like better paid leave policies, because our parental paid leave policies disproportionately affect women and women of color in particular. If you look at the December job numbers, it was a 100% job lost by women of color. COVID has set the women’s movement back decades, but particularly for women of color. So hopefully, we can have a great awakening now around the idea that we actually have to address these issues and really create equity within our communities.”