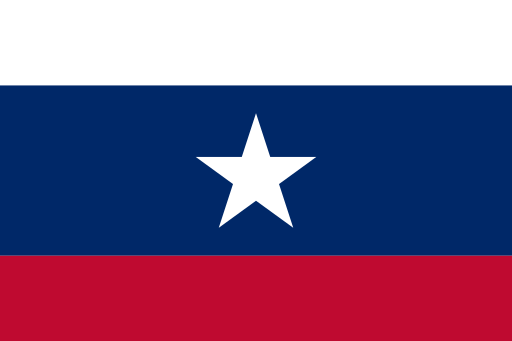 Texas Democrats and Republicans well-seasoned in state health policy joined State of Reform Thursday to speak about their respective party’s policy goals. Both parties agreed telehealth services need to be expanded, but also made clear some of the major disagreements they have on health care issues. Senator Nathan Johnson and Rep. Julie Johnson spoke on the Democratic panel, while Sen. Kelly Hancock and Reps. Stephanie Klick and James Frank spoke on the Republican panel.

Here are some highlights from the Democrats’ discussion:

In a discussion dominated almost entirely by the topic of Medicaid expansion, the Democrats kicked off their remarks by calling for party unity concerning health care and denouncing the partisanship currently seen in health policy. According to Sen. Johnson, if anything should be depoliticized, it should be health care.

The senator believes Texas’ biggest problem is its five-and-a-half million uninsured residents — the highest uninsured rate in the U.S. The state has the “stingiest” Medicaid eligibility in the country, he said. He is sponsoring a bill that would establish a state public insurance program called “Live Well Texas.”

He explained the additional funds — a net benefit of $2.5 billion in the first biennium, according to him — that Medicaid expansion’s 90/10 funding match would bring to the state.

He added that any other efforts to pass a form of health coverage expansion will get a 60/40 funding match — something that will receive a fiscal note, and in turn, be unlikely to pass in Texas’ Republican Legislature. “It’s 90/10 or failure,” he said.

The senator discussed a bill he is sponsoring that would create a health insurance risk pool for the most expensive patients to cover. This pool minimizes the risk of covering these individuals by setting aside state funds that are specifically dedicated to them. Under this bill, insurance companies would no longer have to include these high-risk, expensive individuals in their expenditures.

“When you lower the risks, they [insurance companies] have a little more certainty, they can do the modeling, they can better gage what’s going to happen with their own finances, which has had a tendency in other states to draw more payers into the market.”

The representative said the state should offer a referendum for voters to decide if they want to expand Medicaid. Every state that has had such a referendum has voted in favor of it, she said.

“Rural Texas has suffered some of the greatest health care deserts that we have. So many hospitals have closed in rural Texas. Rural Texans are having to drive hundreds of miles to go see, for example, a cardiologist if they have a heart attack. Well, by the time they get there, they’re dead. They don’t have access to care and it is a huge problem.”

Telemedicine expansion has been “invaluable” for rural Texans, she added. One of her sponsored bills would require insurance companies to reimburse physicians for telemedicine visits. The Texas Medical Association listed it as their highest priority bill for this session. Governor Greg Abbott recently announced his support for the permanent expansion of telemedicine in the state.

Here are some highlights from the Republicans’ discussion:

Hancock, Chair of the Senate Business and Commerce Committee, said one of his main goals is to aid Texas’ businesses by deregulating their operations in the midst of COVID-19. He believes providing relief to businesses is the next step in recovering from the pandemic. He added that the Legislature is currently working on a bill that will aim to do this.

Frank, Chair of the House Human Services Committee, highlighted the work that he, Klick and others have been doing on health care costs during the interim. Health care costs are a major area of concern for him; he explained the country currently spends a yearly average of $11,000 per person on health care.

“We have great health care in this country, by-and-large, but the cost of it, particularly when you compare it to other developed [countries] is almost double. If we were getting twice the bang for the buck, that would be okay, but we’re not. Really, that cost is what created the access issues — you can’t access something you can’t afford.”

Medicaid costs have risen from making up 21% to 30% of the state’s budget over 20 years, he said. According to him, this reduces opportunities to spend on other areas, like education, and is something he plans on addressing this session.

“That’s [spending more on Medicaid] okay if we’re actually getting better care. But some of it is just government churn, government waste — there’s just a lot of things we must do better.”

On a related note, the three panelists agreed that Texas needs to increase the transparency of its health care pricing. Klick, Chair of the House Public Health Committee, praised the transparency requirements implemented under the Trump Administration, under which providers are required to report the price of certain standard procedures. However, she still believes lack of transparency is an issue.

“What other item do you purchase and not know what the cost is in advance? You wouldn’t buy a car or a house or anything else that way.”

Frank believes price transparency should ideally be coming from providers, not the Legislature.

“That is something that I think the industry ought to want to do. It’s the right thing to do, and frankly, it shouldn’t come from the Legislature, it should be coming from the best providers.”

A big focus of Klick’s this session will be fixing the “antiquated” laws concerning advanced practice registered nurses (APRNs).

“The governor has waived some of the [APRN] requirements during the pandemic. It’s improved access to care, and we need to make those permanent.”

The panelists maintained a degree of pride in the Legislature’s accomplishments during last year’s session, with Hancock saying lawmakers still made some notable progress on health policy. For instance, as Frank mentioned, the Legislature passed surprise billing legislation.

“We passed, last session, some of the most stringent pharmaceutical cost transparency and reign-ins in the nation.”

“It’s a utility now. Honestly, I think it’ll help more efficiently deliver services out to those rural areas. I think the net cost will be minimal.”

Klick said telehealth has been a “godsend” in the midst of COVID-19 and anticipates the legislature work to expand it this session.

Hancock said the Legislature is working on several bills related to telehealth, including one to establish a broadband entity to hold federal funds delegated to broadband services.