Dr. Christina Stasiuk, senior medical director for Cigna and expert on health disparities, grew up in a Ukrainian community with English as her second language. In fact, her first assignment in kindergarten was to learn how to spell her first name in English. Through her background, she developed a compassion for those who come from different cultures. She realizes it’s not just about access, but also about developing trust. From her platform at Cigna, she works to bridge the health disparity divide.

Dr. Christina Stasiuk: “I’m an internist and my first practice was in a multicultural community. A group of Ukrainian women would meet every Friday to make perogies at the Ukrainian Catholic church about a mile from my office.

I would see patients from this group of women. And after seeing them, they would go back to their peers at the church making perogies and they would say ‘Do you know what Dr. Christina said?’ And if what I said made sense to those in the community, they would follow my recommendation. But if their peers said, ‘Well I don’t know about that,’ they would wait until the next appointment and talk to me about it again.

I had African American patients that would say, ‘Sister, I know your heart’s in the right place. Let me think about it.’

When I started working with Cigna, and was original medical director for health disparities, I went to a lecture with Dr. [Stephen] Thomas who talked about the trust in barbershops. For me, it was an immediate connection. Those barbers in the black male community were my perogie ladies in the Ukrainian church community. No matter how sound my science, no matter how sincere my heart, that trust in the community was a significant factor that we needed to leverage in order to get those individuals help.

So that put all of it together for me in a way that I understood we could impact people’s health by engaging with them in the community and with the individuals that they trusted.” 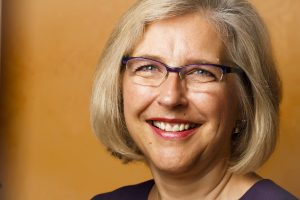 SD: So, though you were a doctor, they would get second opinions from their peer groups?

CS: “They would trust my advice, but there were cases they would go to that group for their feedback. And then they would come back to me and say, ‘You know I took your advice, but so-and-so gave me this thought,’ and that’s what really worked.

There was a time when they were all soaking white raisins in gin to treat their arthritis. [Laugh] I would just go with the flow.”

SD: So the barbershop scenario really resinated with you?

CS: “It gave me the true understanding that no matter what I did for individuals to take action on recommendations they needed to hear it from a trusted source. Particularly on something where there were a lot of myths around it.

We got started with Dr. Thomas because we saw an opportunity to really address the mortality and morbidity of colorectal cancer within African American men. Screening for colorectal cancer means going up the other end. Lots of shame, lots of lack of knowledge. We needed to find someone whose message they would trust in order to get the screening rates up.”

SD: Are there similar initiatives?

CS: “We are looking at how are we can scale this nationally. But it takes time. Trust is not a switch, it’s a relationship.”

SD: Aside from building trust, how can health plans, such as Cigna, help even out health disparities?

CS: “The force behind the inequities is systemic racism. That’s what creates health disparities, that’s what continues to drive health disparities. I will give you an example. Vaccinations. Government pays for them, health plans pay for them. It’s free from our perspective, but if you don’t have transportation to a mass vaccination site that is typically a stadium in a suburban community, you need car to get there. If you have a job where you have to show up or you don’t get paid, it’s not free. If those factors aren’t taken into consideration it’s creating a barrier.”

SD: Why is trust so important?

CS: “There are a lot of factors that drive lack of trust and that lead to disengagement with the health system. The first thing that comes to mind is Henrietta Lacks  (who unwittingly donated cancer cells that continue to be studied to this day.) There is still a lot of data that shows if African Americans are in pain in the emergency room they are less likely to get pain medication and it’s not offered them as often. That lack of trust has been filled with disinformation and misinformation.

Another problem is that there are fewer African American providers. African Americans make up 13% percent of the population, but only 3% of the physicians. We know that when you talk to someone in your own language or your own culture you have a better outcome.”

SD: What are other types of initiatives can health plans launch to help with this issue?

For example, during this pandemic, far fewer African Americans have availed themselves to support systems and counseling. So what we are doing is communicating with employers, we are doing in-service lunch-and-learns, we are promoting utilization of these services and programs. Our care management team has an integrated and embedded a behaviorist. We have a social workers to help connect them with food sources, to maximize their benefits, to educate them on virtual care. We are using virtual care to eliminate the need for transportation. All of those opportunities are there, it’s a matter of raising awareness.”

SD: What is it going to take to move the needle on health equity?

CS: “Change happens when the community changes. Why is it that we finally had an impact on smoking? It’s because the federal government decided that they weren’t going to allow smoking in their buildings. State governments put in regulations that you can’t smoke in buildings.

The federal distribution of vaccines has a health equity component. There is a leader to address health equity. We already had all the parts in place. Now we are saying, ‘Yes, work with us on what we have in place.’ All the groups that have been working on this now have a platform in which to work on this together. Stakeholders now have a way to address health disparities.” 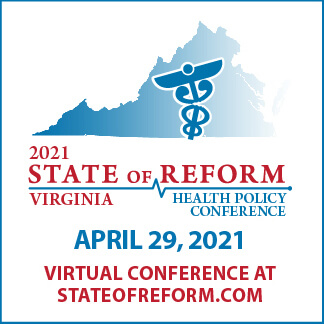