Chris Murray, MD, Director of the Institute for Health Metrics and Evaluation (IHME), says data released in the Novavax vaccine trial indicates prior COVID-19 infection may not offer protection against the new South African variant. Murray’s comments came during a keynote conversation at the 2021 Texas State of Reform Health Policy Conference on Thursday.

Novavax, which makes one of the vaccine candidates supported by Operation Warp Speed, released early results from a 15,000-person Phase 3 trial in the UK along with a smaller Phase 2b trial of about 4,400 in South Africa.

“It means that, if you take the data at face value, there is no protective immunity from prior infection with one variant for the new B.1.351 variant, and that could also likely be true for other variants that come in the future.

If that turns out to be true, then we need to change our model because we’re never going to get to herd Immunity because herd immunity would only be meaningful for a particular variant. And then even if you get to herd immunity for the old variants, we are at risk entirely for the new variants.”

In other words, the results indicate COVID-19 immunity may be variant specific. It could also mean that future scenarios projected by IHME could be a lot worse if there isn’t cross-variant immunity.

Murray says these results could move us to a “world of chronic COVID” where every winter there is a COVID season, similar to the flu season. Based on his back of the envelope calculations, he estimates in this scenario that COVID would be about four times worse than the flu for hospitalizations and deaths.

“This notion of no herd immunity and the prospect of chronic COVID really is a game changer and we will need to think a lot around if this is true.”

Following his presentation, Murray joined State of Reform Host DJ Wilson for a conversation on these consequential results. The conversation is transcribed below:

DJ Wilson: Did I understand it correctly that somebody who has antibodies, not because they are vaccinated but because they got sick, those antibodies may not, according to the Novavax study, have any help or benefit to new strains like the South African strain?

Chris Murray: “That’s about right…So basically, the current vaccines that we have on hand are going to be running from 50 to [about] 60-62% effective we think against the new variant,” says Murray. “If you were infected with the previous variant, not vaccinated but infected, it seems like you have no protection against the new variant.”

DW: How much do we think the rate of vaccination is going to impact this spread in the summer and the fall, since vaccines apparently have even more importance now than they did maybe a week ago?

CM: “I tend to think of this as this incredibly sensitive balancing act. You’ve got: how quickly can we vaccinate? How quickly do the variants spread from the places where we’ve seen them like New York to other states? How much do people stay cautious or not? And in those three things you can easily get a pretty big surge even though seasonality is going down. You can still get a pretty big spring or summer surge if you get them wrong…

…If you speed up on the vaccination, do a better job to convince people to stay cautious at least while vaccinations are scaling up, you can avoid that spring surge again. So, it’s sort of on a knife edge in most places.”

DW: Is it fair to say that because we have a much larger pool of infected carriers that we have a greater opportunity for more mutations or more variations? Maybe talk about how you see the race to vaccinate versus the rate of mutation. How hopeful, how smart, and how thoughtful should we be about getting vaccinated even more quickly than we have been because if we don’t vaccinate quickly enough, we may not be able to keep up with these variations?

CM: “You know, I think the faster we vaccinate, the more lives we’ll save. It is just absolutely true. Whether that will make a big difference to the existing new variant spread is less clear…These variants are already circulating in the US and they’re also out there in the world. And then there’s the question of other variants that may come along because, you know, the virus keeps mutating…Are we going to be able to stop their spread in the US? We don’t think so — not the existing variants.”

DW: Before we went live you were talking about how there is a notation in some of the Pfizer data that might support the Novavax findings. Tell me about how the Pfizer study reinforces that, or maybe doesn’t.

CM: “…In one of the FDA releases on Pfizer there is longer follow-up data as compared to the preliminary filings, and that shows the same thing. That the infection rate in people that were seropositive for COVID was the same as people that were seronegative for COVID that were enrolled in the Pfizer trial. So that raises all sorts of interesting questions, but it basically is some confirmatory evidence that we’re seeing that natural infection isn’t giving protection against new variants.”

DW: Why do you think we are not hearing more about this data?

CM: “I think people are very concerned about the messaging here because we’ve been telling the public that this is a race to a finish line. That, you know, we need to get to herd immunity and then it’s done, it’s over…The implication of this is that we won’t get it done. We won’t get to herd immunity and it’ll still be there. So, that’s a very hard message for the public and I think people would be very worried that in the general media this might lead to sort of people just throwing up their hands and not even trying. So, that’s one type of concern.

I think the other one is that because this has so many implications, so many ramifications, we should wait to see if the Johnson & Johnson results back it up…I think some of the vaccine makers are really already trying to think of how you get to a multi-valent vaccine that is for multiple variants including variants that haven’t come yet. And how do you get, as Pfizer and Moderna have already announced, rapid adjustment to variants so that you can stay ahead of the game. I also think the vaccine makers themselves are figuring that there’s a pretty high prospect that this becomes a chronic seasonal condition.”

DW: Do you foresee a world where we get vaccines updated annually like we do the flu vaccine or maybe they become something like an MMR?

CM: “Absolutely. I think if this holds up that’s exactly where we’ll be. It’ll be chronic COVID where we get a full vaccine before the winter surge of the latest and best either multi-valent or, you know, adapted to the latest known variants. And we will have to do that better than we do for flu because in reality, if you look at the CDC data on flu vaccine efficacy, we have in the last five years averaged 40% effective vaccinations. That won’t be good enough. I think we will really count on the concerted effort around new variants from the vaccine makers so that we have a vaccine that’s in the 60s or 70s and that’ll help a lot.” 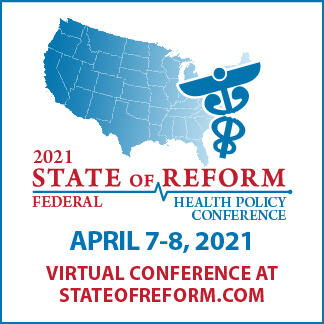