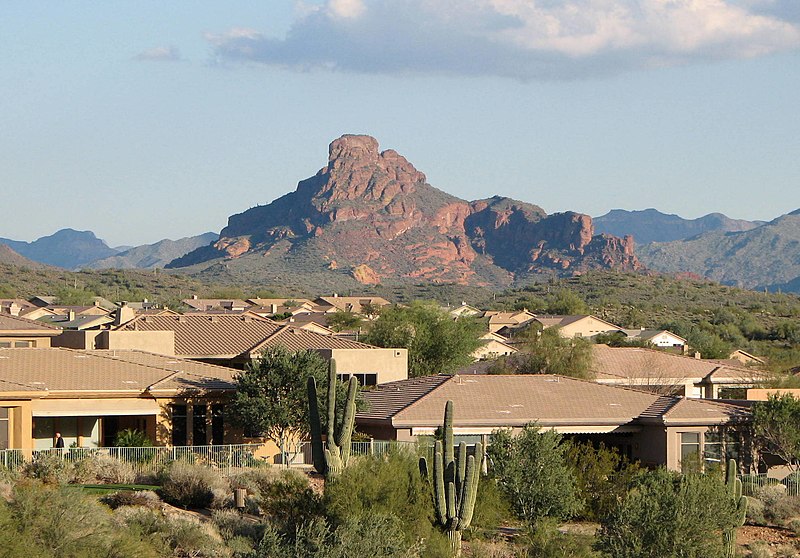 At Monday’s meeting of the Arizona House Health and Human Services Committee, members heard testimony in favor of a bill that would add spina bifida to the list of developmental disabilities. Concerns emerged regarding unclarified details of the bill and its potentially hefty price tag.

Senator Tyler Pace already introduced the Senate version of this bill, which passed in the Senate and was sent to the House on Friday.

Longdon spoke in support of the bill to the committee:

“The issue is making sure that we give folks the support they need to deal with the developmental delays that have come from this disability acquired at birth so that they can live [their] lives to the fullest.”

The cost of the bill is estimated to be between $2.5 million and $42 million in general fund money, with the ultimate cost depending on various details associated with the adoption of the new definition, such as hiring new staff.

The bill barely passed through the committee with a 5-4 vote, with all the Republican members except for Rep. Justin Wilmeth voting against the bill due to what Rep. Chairwoman Joanne Osborne described as “conflicts of understanding.” The wide range in projected price was of particular concern to the opposed legislators.

Here are the other bills the committee voted on:

House Bill 2311 is sponsored by Rep. Jacqueline Parker and allows chiropractors to perform nasal swabs and collect sputum samples in order to test for COVID-19 in their patients. Senator Nancy Barto is sponsoring the Senate version of the bill, which was passed on the Senate floor and sent to the house on Tuesday.

House Bill 2409 would appropriate $300,000 from the general fund to the auditor general to recruit an independent consultant with experience in adult protective services. It is sponsored by Rep. Tim Dunn.

Longdon’s HB 2533 would require the governor’s Office of Equal Opportunity to hire a full-time statewide Americans with Disabilities Act (ADA) coordinator. It will use $100,000 as well as one full-time equivalent position from the general fund as expenses for the coordinator.

According to Rep. Kelli Butler, this bill will benefit business owners as well as individuals with disabilities; they can verify their compliance with ADA requirements through this new position in the governor’s office.

Representatives Joseph Chaplik and Parker were the only members to vote against the bill, which was approved by the rest of the committee members.

House Bill 2565, sponsored by Rep. Alma Hernandez, would appropriate $2,500,000 from the general fund for the Department of Emergency Services to allocate to area agencies on aging for home and community-based services. This funding would be ongoing, occurring every year. Hernandez said this bill will allow the state to provide at-home services to elderly Arizonans who need services such as meal delivery.

The committee gave HB 2565 a do-pass recommendation, but Reps. Chaplik and Parker voted “no.”

House Bill 2640 would direct $300,000 from the general fund to the Arizona Health Care Cost Containment System (AHCCCS) to hire a consultant to study the behavioral health rates for outpatients. Representative Amish Shah is the sponsor.

Shah explained the bill will use the appropriations to conduct a study to find out exactly how much it costs to have mental health “paraprofessionals,” such as case managers, working for AHCCCS on behalf of mental health patients.

“Every once in a while, we have to do some kind of a rate study just to make sure that we are actually paying these folks [the paraprofessionals] the right amount and [are] able to recruit them, and are keeping the mental health system in Arizona running in a way that is efficient and basically serves all of the people that we’re looking to serve.”

After the study concludes how much these services cost, the state can set appropriate rates for providers, according to Shah.

Chaplik was the only member to vote against HB 2640.

House Bill 2668 would create a yearly $1 million allocation to DES to create a produce incentive program.

House Bill 2682 would narrow the definition of “pharmacy” to include any place where prescriptions are dispensed by a licensed pharmacist. It removes from the definition any place where the profession of pharmacy is practiced and where prescription orders are dispensed, as well as remote dispensing site pharmacies where a pharmacy technician or intern dispenses prescriptions under the remote supervision of a pharmacist. The bill would also remove rulemaking requirements for oral fluoride varnish and tobacco cessation drug therapies. It is sponsored by Wilmeth.

It would “modernize” the practice of pharmacy, permitting pharmacists to practice outside of locations that are specifically designated as pharmacies.