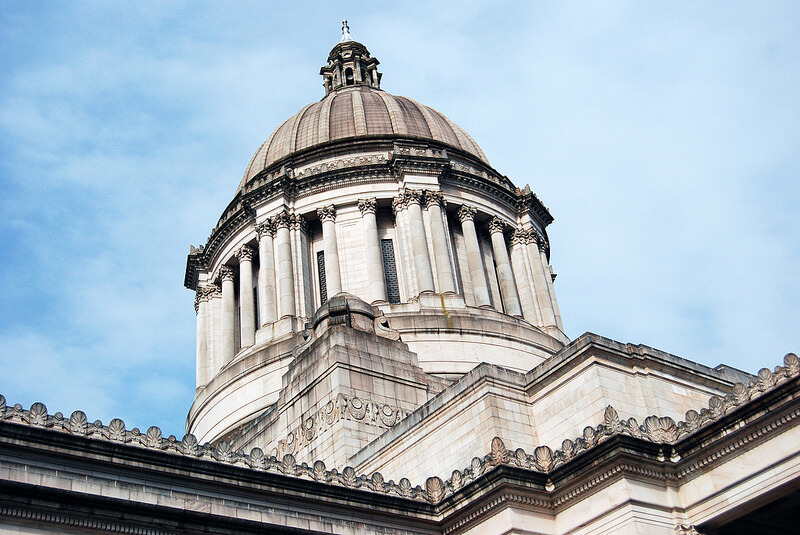 HELSA is a bill that aims to provide protections for frontline workers during a public health emergency. One of the bill’s main sponsors is the Chair of the Labor, Commerce and Tribal Affairs Committee, Sen. Karen Kieser.

There was almost an hour of testimony on this bill, from a multitude of different agencies both in support and in opposition of the bill.

One of the main arguments by supporters of the bill was that workers who become infected should not have to be worrying if they can pay rent for the next month while they are supposed to be recovering.

“This piece is fundamental to the problems we have been experiencing in all of our work settings, regardless of industry,” said Samantha Grad, political and legislative action director for United Food and Commercial Workers Local 21. “We had a member calling us from his hospital bed worried that he was going to get fired because he had used up that leave. He couldn’t finish his sentences without gasping for breath, but was still asking us ‘do I need to find a way to get back to work or am I gonna lose my job?’ Then I had a particularly heartbreaking conversation with a nurse who works on our union insurance’s nurse hotline, who had just spoken to a grocery member of ours who was in the ICU at UW. He called the hotline because he was worried he wasn’t going to be able to pay his rent next month when it came due because he had missed so much work. When she relayed it to me she said she didn’t have the heart to tell him that him not being able to pay rent was gonna be the best case scenario, because I didn’t think he was going to be alive long enough for that to be a problem.”

There was also support for the presumption of infection in the workplace among unions and workers. Grad referenced a situation that had occurred at St. Michael Medical Center in Bremerton, where an outbreak was actively occurring in the hospital and the hospital was insisting that UFCW’s members had gotten infected from a gas station.

“Too many times nurses are being told they got COVID through community transmission even when surrounded by COVID patients all day in the hospital,” said Shelly Pollock, a nurse and a member of the Washington State Nurses Association. “Saying it is community transmission also allows hospitals to discourage nurses and other health care workers from applying for workers compensation.”

However there were some testifiers who were against the provision of presumption that infection occurred on the job.

“It seems inconsistent with the data on where and how COVID is spreading,” said Bruce Beckett on behalf of the Washington Retail Association. “Yes, we would acknowledge that there have been individual situations over the course of the pandemic where an outbreak can be tied to a business location, but it’s rare in the overall scheme of things.”

There were also concerns from health care employers that the inclusion of child care leave in the bill would create an increased problem in hospitals that are already experiencing a nursing shortage.

“The limiting factor continues to be staffing,” said June Altaras, senior vice president and chief quality, safety and nursing officer at MultiCare Health System. “Staffing during the pandemic is extremely challenging, nurses are a scarce human resource and a critical element of hospital care. Section 16 would allow our employees a new leave benefit at a time when we are already extremely thin [staffed]. More staff being out on more leave puts the remaining staff under tremendous amount of pressure.”

The WSHA also issued a statement on the proposed bill:

“While WSHA understands the bill’s intent, the extensive leave provisions would add pressure to an already depleted workforce,the additional reporting to L&I that triggers investigations needs to align with DOH as the agency with expertise on infectious and contagious diseases, the presumption that an employee contracted COVID at work is concerning when we understand most transmissions are community acquired and health care workers are already accessing workers’ compensation benefits under existing law, and qui tam potentially leaves hospitals vulnerable to frivolous and abusive lawsuits.”