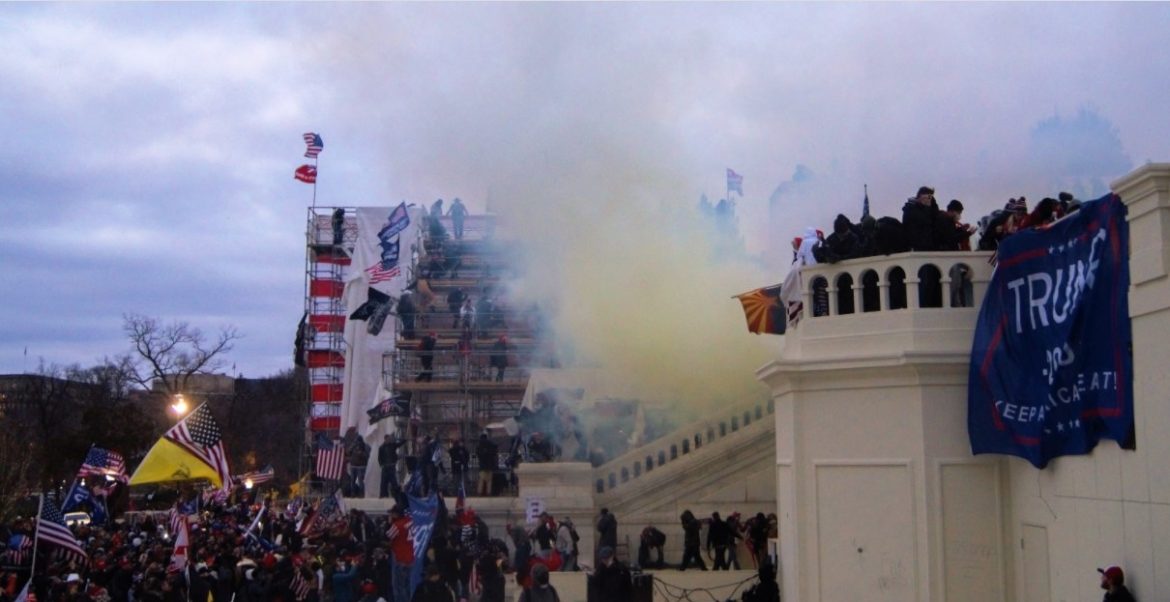 Dr. Tammy Towers Parry, a family medicine doctor in Seattle, was part of the mob who stormed the Capitol building in Washington DC last Wednesday. In a video on Twitter she was seen declaring that she had stormed the capitol building, where Congress was in the process of certifying electoral college votes.

Towers Parry posted two videos on the social media site. The first video, which looks to be from the steps of the capitol building, shows the dense mob of people who would later overrun Capitol Police and enter the building.

“Hey patriots, it’s Dr. Tammy and Nurse Melissa, we just stormed the Congress, and I’m gonna tell you right now, it was wild,” she said in a second video posted after the mob broke through the doors of the capitol.

“We got in there, they started breaking down the windows, trying to get us in, and then we got sprayed with I think it was orange so it was pepper spray,” she said. “And then there was some other white stuff, I think it was tear gas. So that was quite an experience for sure.”

“We’re a little congested and our eyes are burning, but you know what, compared to what our founding fathers did it’s the least we can do, so God bless America. Joe Biden did not win, he is hopefully going to prison,” she said while holding what appears to be a QAnon flag.

After continued calls for action by University of Washington on Twitter, UW Medicine issued this statement in a pinned tweet.

“UW Medicine is aware of the video featuring Dr. Tammy Towers Parry at the Capitol Building in Washington D.C. earlier this week,” said the tweet.  “She is not employed by UW Medicine.”

A later tweet from UW went on to say that she had never been employed by UW Medicine and does not have admitting privileges with them.

Swedish Health Services was also quick to distance themselves from Towers Parry, and posted a statement on their twitter as well. They said that they were aware of the videos and that she had not been affiliated with them since May 2015.