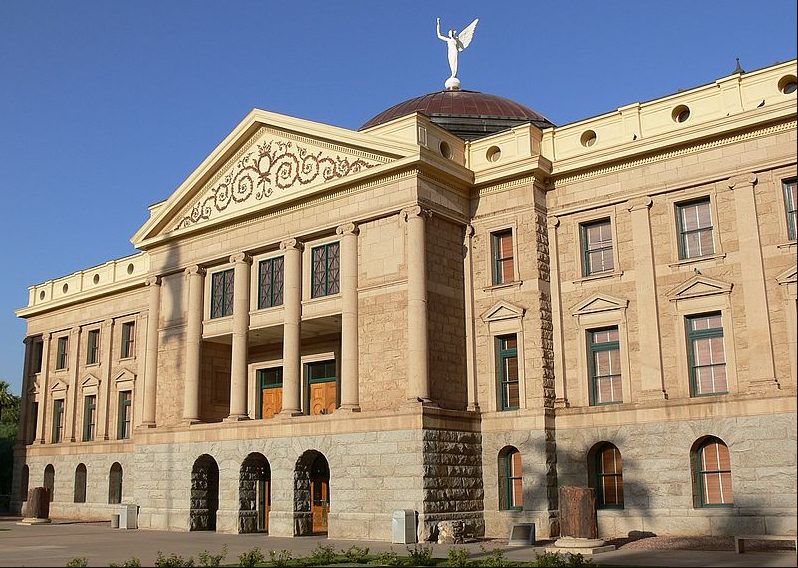 The Arizona Senate Health and Human Services Committee met to review its first batch of proposed legislation Wednesday. Among the legislation discussed, only one — SB 1060 — is new, committee Chairwoman Nancy Barto said. The other bills were also introduced last year.

The committee voted on the following bills:

Senate Bill 1001 concerns informed consent for breast implant surgeries. It requires licensed physicians to obtain written or informed consent prior to performing a breast implant surgery. It also mandates that physicians provide patients with information such as the risks of undergoing the surgery and how the patient can report adverse effects after the surgery. It is sponsored by Sen. Michelle Ugenti-Rita.

Ugenti-Rita said she is bringing forth the bill because one of her constituents experienced “serious medical conditions” after receiving breast implants.

“This is actually not a rare event, and there are thousands of women across Arizona and the country that do experience, almost like an allergic reaction,” Ugenti-Rita said. “If you can imagine putting something in your body that’s foreign, not everyone responds to it the same way. On top of that, these implants are made from a lot of chemicals and compounds that are really not designed to be in your body.”

Senate Bill 1017 would make it illegal for a licensed physician, physician’s assistant or nurse practitioner to perform a pelvic examination on an unconscious or anesthetized patient without first obtaining informed prior consent from the patient. It is sponsored by Barto.

Rebecca Wolf testified, saying medical students have often been told to perform pelvic examinations on women who are under anesthesia who have not given consent to do so.

Senate Bill 1018 requires the Department of Child Safety and the Arizona Health Care Cost Containment System (AHCCCS) to submit a report containing information on complex trauma to the chairs of the Health and Human Services Committee of both chambers of the legislature by Dec. 31, 2021. Barto is sponsoring the bill.

“It’s a horrendous situation that’s crying out for resolution, in terms of making sure that children in foster care and their families and who have been adopted out of foster care are treated appropriately,” Barto said.

She says the goal of the bill is to address the needs of Arizona children who are dealing with complex trauma.

Senate Bill 1013 changes the rules for dental practice licenses, requiring licenses to expire 30 days after the licensees birthday every three years as opposed to June 30th every year. Barto is sponsoring the bill.

“It’s a simple bill that allows for more efficiency for board staff, and in turn, allows the licensees quicker access to their renewed license, which avoids any undue issues with their insurance companies maintaining their insurance without interruption or complication,” said Ryan Edmonson from the Arizona State Board of Dental Examiners.

Senate Bill 1014 would make “medically necessary” chiropractic services performed by a licensed chiropractor covered by AHCCCS. It allows AHCCCS to cover up to 20 chiropractic visits annually, and for practitioners to request additional visits if deemed necessary. It requires AHCCCS to prescribe provider qualifications for chiropractors, report on service utilization and cost savings and submit a report to the governor, the legislature and the secretary of state. It also prohibits the use of Hospital Assessment Fund money for chiropractic care. Barto is sponsoring the bill.

Barry Aarons, a lobbyist from the Arizona Association of Chiropractic, said individuals with chronic joint pain frequently face high costs for chiropractic visits. Absent coverage, these patients might instead turn to physicians, who often prescribe opioids to patients for their joint pain.

“The problem that we have is that if the AHCCCS patient could afford to pay cash, they probably wouldn’t be on AHCCCS,” he said.

Senate Bill 1060 permits chiropractors to perform nasal swabs, oral swabs and sputum collection in order to either determine appropriate chiropractic care or refer a patient to another health professional. The bill also has an emergency clause amendment. Barto is sponsoring the bill.

Aarons said all chiropractors are trained to conduct nasal swabs, oral swabs and sputum collection. They should be permitted to perform these in regular practice because this allows them to test patients for COVID-19, he said.

Senate Bill 1015 allows the Arizona Regulatory Board of Physician Assistants to issue new licenses to individuals who previously surrendered their license or had it revoked if the individual can prove they have fully rehabilitated concerning the conduct resulting in the license removal. It also changes the daily entitlement for board members to $200 or less rather than $200. Barto is sponsoring the bill.

“I just think it’s an oversight in the law, frankly, that a professional who surrenders rather than has his license revoked, is not able to jump back into his profession after they have proved that he has been rehabilitated according to the board’s own rules,” Barto said.

Senate Bill 1016 allows naturopathic physicians (NPs) to issue standing orders allowing school employees to administer auto-injectors, such as epipens, to pupils or adults experiencing anaphylactic shock, and provides NPs with civil liability immunity regarding decisions made under good faith as it relates to auto-injector administration. It requires the State Board of Education to adopt rules to annually request such a standing order, and protects absent students from facing consequences if they have completed course requirements and their absence is due to illness, disease or accident, as certified by an NP.

The bill requires the Arizona Department of Transportation to provide a space on licenses for individuals to say they suffer from an adverse medical condition if the licensee presents a signed statement from an NP. It allows NPs to administer HIV tests to health care providers or first responders who have had significant exposure to a patient’s bodily fluid. It also requires the director of the Department of Health Services to establish a procedure under which NPs must report blood samples they have collected that contain significant levels of lead. Barto is sponsoring the bill.

Representative Vice-Chairman Tyler Pace said although the bill description is long, it is a fairly simple bill, stating the bill is just “including NPs into current statute.”