A monthly hospital flash report by Kaufman Hall, a software and consulting company that provides benchmark data, shows that during the month of September, hospital profitability was variable in individual metrics. Profitability increased overall compared to the same period the previous year, but the report explains that this trend could have negative consequences.

The report is intended to show how hospitals are performing in a number of categories on a month to month basis, and compared to the same month during the previous year. Each month the report compares profitability in four categories to see if there was a decrease or increase in productivity and overall profitability. 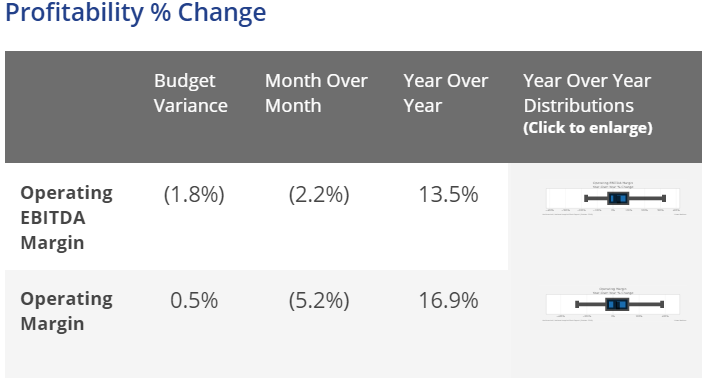 The report explains that while this trend is positive, if it reverses there could be negative consequences, like a loss in revenue. During the month of September, for example, the month over month analysis showed that each of these categories experienced a loss of over 3.5%.

Looking at profitability over the course of the year, most regions experienced profitability with the exception of the West. The report finds that this region had the lowest performance, with Operating EBITDA Margin down -15.6 percent or -181.8 bps year over year. While hospitals in the West experienced volume increases similar to other areas of the country, they were not able to manage expenses as well as other geographies, particularly in labor and pharmaceuticals.

The Great Plains witnessed the greatest increase in profitability. Discharges in this region increased by 7% compared to the same period the previous year.

“Continued stable performance in the Midwest is noteworthy because this region seems better equipped at managing expenses than other areas, which allows hospitals to more effectively control operating margins,” the report finds. 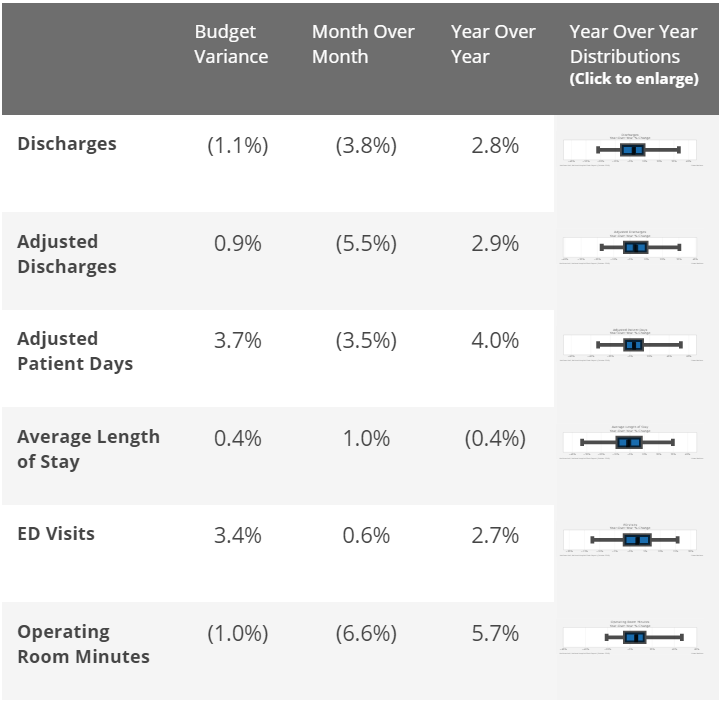 Volume performance by region witnessed the most variation of all of the categories examined. All regions grew discharges year over year but most failed to meet budget, except for the Great Plains. In this region hospitals exceeded budget in those categories by 2.4, 5.0, and 9.4 percent.

Looking at revenue trends in regions across the country several trends are apparent.

Hospitals across the country saw declines in Bad Debt and Charity as a Percent of Gross in September. The metric fell -4.8 percent year over year and -4.0 percent month over month.

The expense report showed some of the most variability of all categories. Most metrics showing unfavorable month-over-month variances but favorable year-over-year variances. Total Expense per Adjusted Discharge was down -1.5 percent year over year, but up 3.4 percent month over month.

This variability is likely due to an increase in the average length of stay, and the severity of the conditions patients are experiencing. Labor expenses per discharge also increased by 4.2% .

The goal of the report is to help organizations improve financial performance, make more informed strategic decisions, and achieve transformational outcomes. The data in this report will be used to inform decisions for hospitals each month.