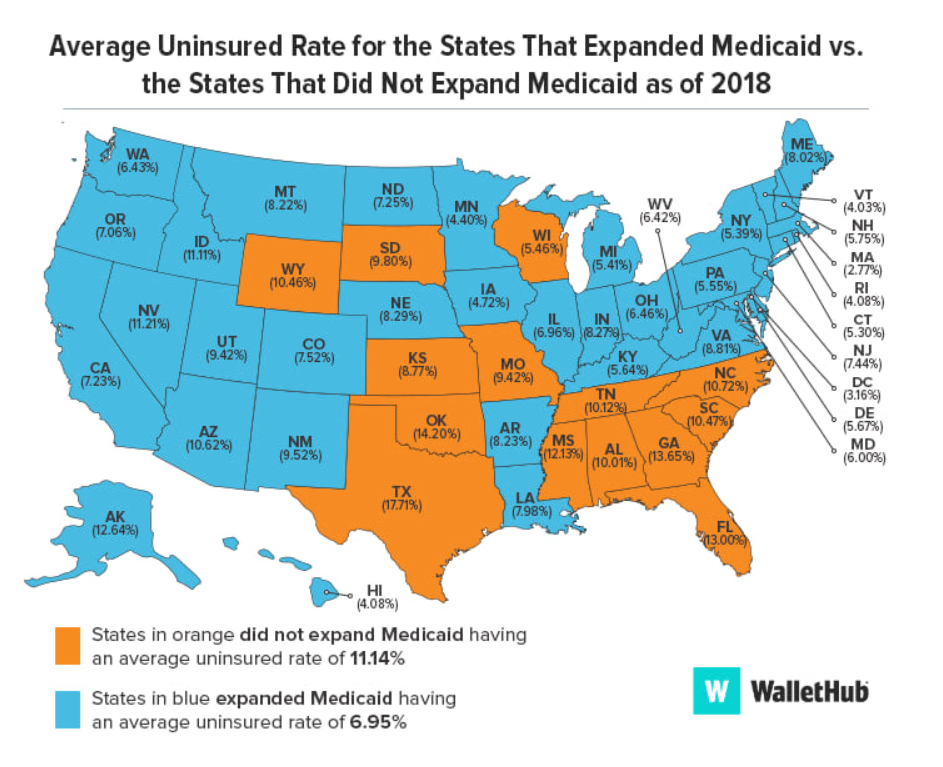 A new WalletHub report analyzes the rate of uninsured in each state following the implementation of the ACA nearly a decade ago. The report also breaks down the analysis by city, race and income level. Experts who compiled the report used 2018 US Census Bureau data.

A number of metrics were analyzed in order to designate an overall ranking to individual states. These metrics include: the rate of insured by age, race and income. Nationally, the average rate of uninsured increased from 7.9% in 2017 to 8.5% in 2018.

Arizona, on the other hand ranks in the bottom 10 states, with some of the highest uninsured rates overall. The state has the 3rd highest rate of uninsured children, for example.

States like Alaska and Texas also rank in the bottom half, where Alaska is ranked 46th, and Texas is ranked 50th. Texas ranks 50th overall, but also in 4 of the 6 individual metrics analyzed. The rate of both children and adults is considered the worst in the nation, as are the categories of highest and lowest income uninsured rates suggesting that income and age do not factor into the differences between those who are insured, and those who are not.

Alaska ranks 49th in 2 of the 6 categories, but received median rankings when comparing the rates of uninsured by race.

The opposite is true, however, in Arizona, Alaska and Texas–states that still rank at or near the very bottom. In 2009, all three states had some of the highest rates of uninsured. Since, the rate of uninsured has varied very little resulting in consistently low rankings overall. 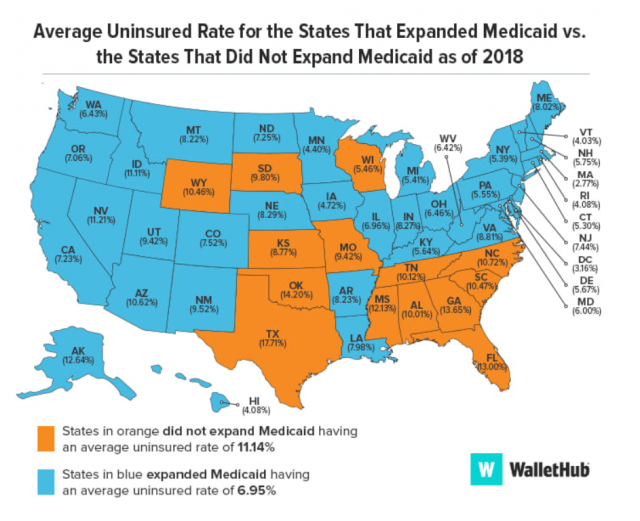 WalletHub experts also examined the average uninsured rates in both Republican and Democratic states. The report finds that in Blue states the rate of uninsured is lower than the rate in Red states. 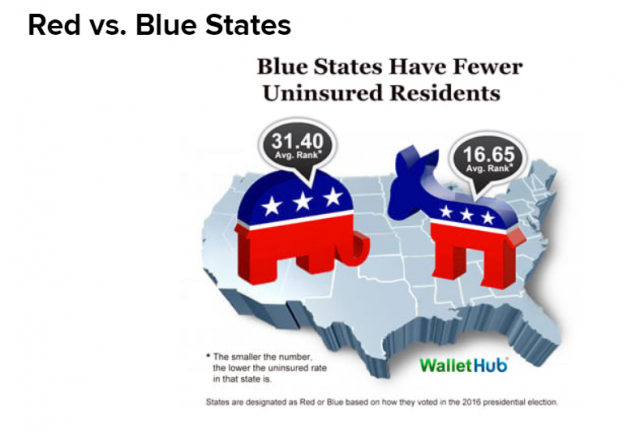 In response to the data, a panel of experts were asked to determine whether or not the ACA has had an overall positive impact on the US health insurance market. This is what they had to say:

“Changes to the original ACA design have seriously impaired achievement of its coverage goals. Several states still lack expanded Medicaid benefits, and the repeal of the individual mandate has taken a healthy population out of the ACA marketplace. Policy design is affected by the marketplaces’ reliance on the commercial non-group insurance market, where coverage has always been scant compared with large group policies.”