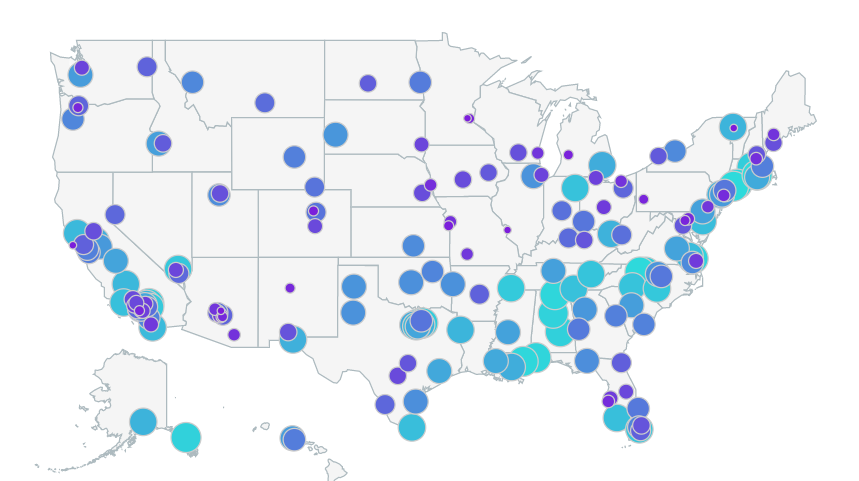 A new report from WalletHub found that some cities have better accessibility to things like health care, and adequate housing for persons with disabilities. The report looked at a variety of different metrics to compile an overall score for individual cities.

The report looks at 182 of the most populated cities in every state. Metrics like cost of living, housing accessibility, the average cost of a doctor visit, per-person health insurance premiums, hospitals per capita, and home health care rankings, to name a few. A total of 33 metrics were measured overall.

Each city is ranked by overall score, economy score, quality of life score, and a health care score. Here are some of the standout trends across the country:

Scottsdale, Arizona had an overall ranking of 55.37 claiming the number two spot for best cities for persons with a disability. The high quality of life score moves the city to the top five, despite the health care and economy rankings being in the lower half of all cities.

Other cities in Arizona also claimed many of the top slots. Tucson is ranked 23rd overall, Gilbert is ranked 16th, and Chandler is ranked 14th. In each city, the high quality of life rankings elevated overall scores.

San Francisco, California also claimed one of the top spots with a strong economy rating overall. The city is known for its high cost of living, tourist attractions, and booming economy. In fact, the WalletHub report ranks San Francisco as the city with the highest cost of living overall.  But, San Fran had one of the lowest health care scores, and an even lower quality of life score.

Other cities in California had some of the lowest rates of persons with disabilities living in poverty. Cities like Santa Clarita, and Rancho Cucamonga were in the top 5.

Denver, Colorado was ranked as the 7th best state for people with disabilities. The standout score in the state was the economy ranking, although the quality of life and health care rankings were also in the median range.

Portland, Oregon received the top spot in the quality of life sector, ranking 13th overall. It is noteworthy that the city received some of the lowest scores in both the economy and health care measurements.

Two cities in Connecticut, and three cities in Alabama claimed the bottom spots for worst cities for persons with disabilities. East coast cities had some of the lowest health care rankings, while Southern states lowest rankings in both quality of life and economy metrics.

WalletHub asked a panel of experts from a number of fields for input on the report, and the importance of the information moving forward. This is what they had to say: