The uninsured rate has increased for the first time in a decade, data shows

US Census Bureau data released today demonstrates that the uninsured rate has increased for the first time since the ACA was implemented nearly a decade ago.

A year before the ACA was signed into law, the uninsured rate declined rapidly as health care became more affordable, and Medicaid was expanded to include more low-income Americans. From 2017 to 2018, on the other hand, the uninsured rate increased.

In 2018, 8.5 percent of people did not have health insurance at any point during the year. The uninsured rate and number of uninsured increased from 7.9 percent in 2017.

The rate of uninsured children increased by 0.6 percent. 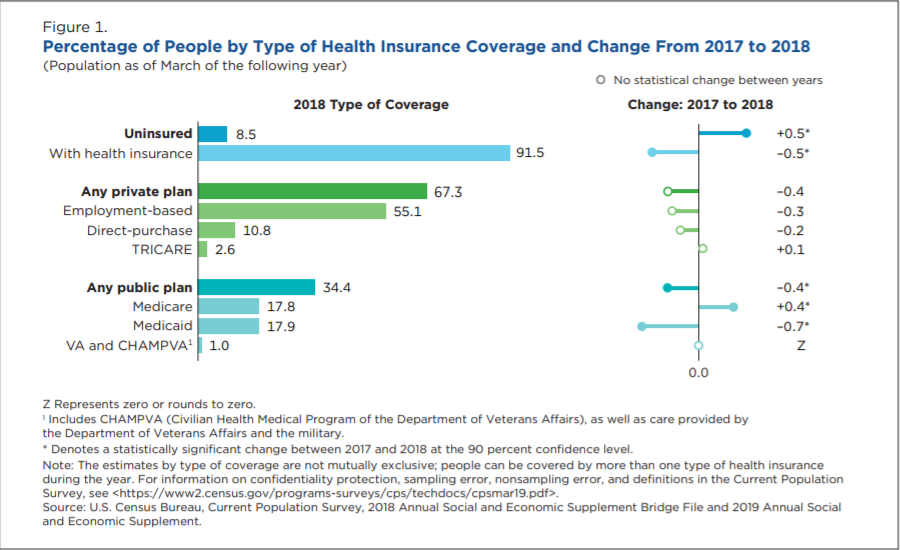 In 2018 private health insurance was utilized more than public coverage, covering roughly 68% of the population. Employer-based health coverage remains unchanged as the most common type of coverage. 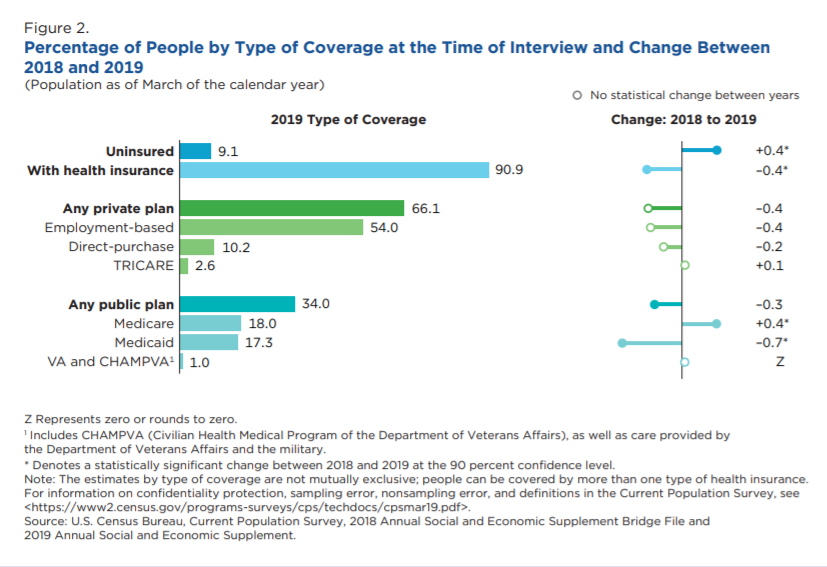 The data trends in this report have been linked to policy initiatives that have occurred during the Trump administration.