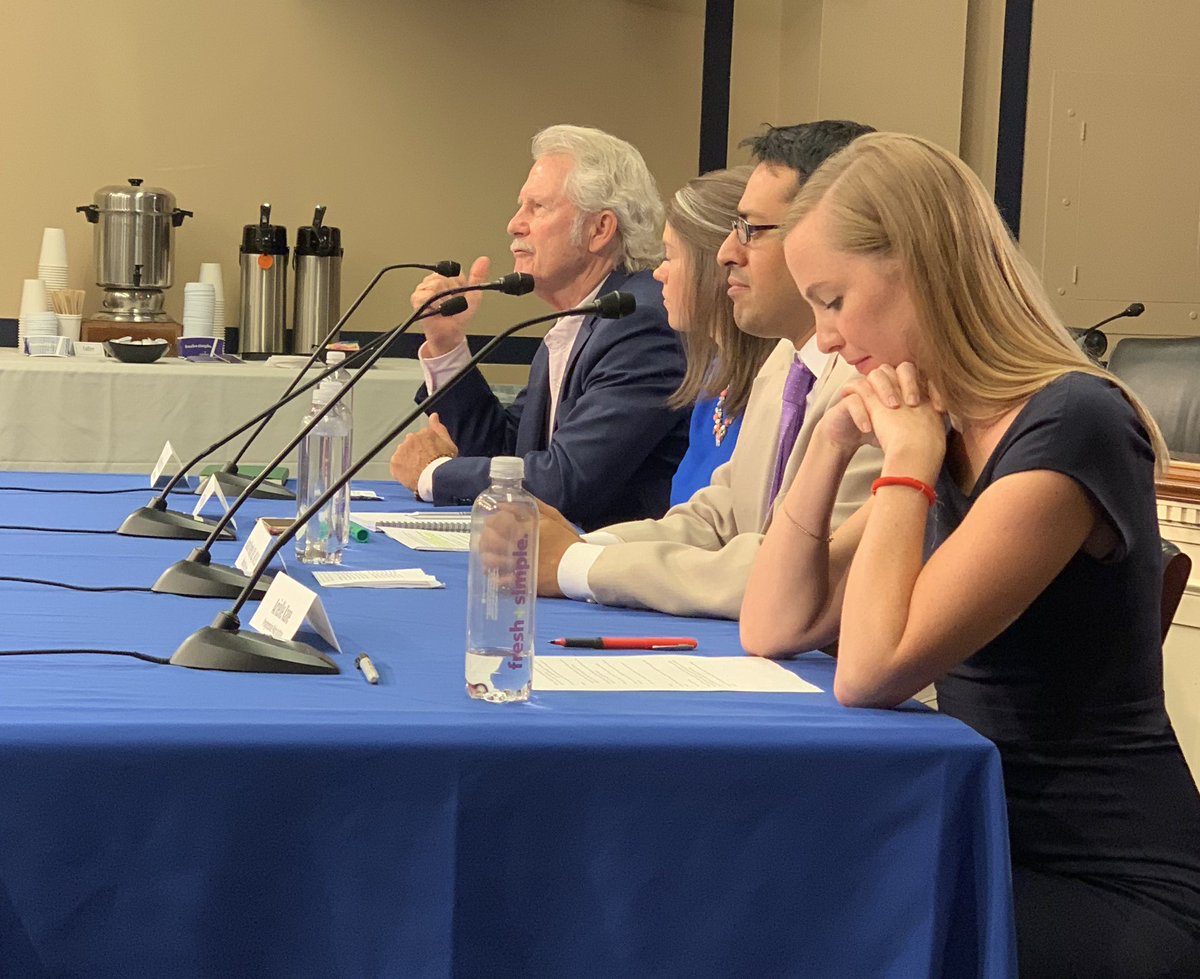 “Don Quixote” goes to Washington, or how John Kitzhaber is trying to shape the health care debate

The people in the room are hardened through experience, softened by red wine. They’ve come to the private dinner in Washington DC to hear from John Kitzhaber, Oregon’s three term former governor. He’s also one of the most thoughtful health policy leaders of the last half century.

The wizened hope to be inspired as they are seated for the conversation over dinner in one of the city’s most esteemed restaurants.

Kitzhaber lays out five observations about the challenge of creating a comprehensive solution to America’s health care challenges, drawing from comments he’s refined since the debates began among Democratic presidential hopefuls.

“He’s really good at this” one Capitol Hill staffer leans in and whispers to me.

“His clarity of thought actually gave me goosebumps” said another later in the evening.

This is an “off the record” conversation over food and drink. It’s the kind of discussion that Kitzhaber has been quietly pulling together over the course of five low profile visits to the nation’s capital over the last year.

I tagged along on the trip to see how well Kitzhaber’s approach was received.

“It’s my hope that we can agree on the root causes of the problems we face, and focus on those, rather than spend our time on the symptoms. Things like surprise billing or short-term health plans are policy challenges, and they poll well, but addressing those alone won’t get to the real heart of the problems we face.” Kitzhaber closes his comments hoping the pause will draw out some of the differences among the senior federal advocates around the table.

Few of the dinner party guests took the bait early, but the conversation heated up as the entree was served and wine glasses were refilled.

Kitzhaber isn’t hoping to convince folks that he has the solution. He doesn’t believe he does. But, he also thinks that the current debate among the candidates for the Democratic nomination isn’t yet as clear-eyed as it should be.

He’s hoping to get federal advocates in the nation’s capital to start thinking beyond sound bites, to start thinking about what the Democratic agenda for health care will look like in 2021, should they retake the White House.

Don Crane is the CEO of America’s Physician Groups, one of the country’s most important voices on Medicare and value-based purchasing. Crane has gotten to know Kitzhaber personally over the years and met with him during this recent trip.  Says Crane:

“Governor Kitzhaber’s focus on the total cost of care is right on the money. We can’t achieve the value we seek in our health care system by looking solely at insurance premiums which invariably exclude the out-of-pocket deductibles and co payments made by patients. Similarly, the Governor’s call to make the delivery system accountable for cost via risk-based contracting reflects his deep understanding of the problems we face and the solutions available to us.”

In another meeting Kitzhaber pulls together, the leader of a new 501c4 coalition focused on health reform lays out the timeline they face to build support.

“If Democrats win the White House, whatever we are going to get done is going to happen in the first quarter of 2021, maybe the first six months at most. So, there’s no time then to try to figure it out. We need to have something ready to go once the primary season is over next summer.”

Whatever that “something” may be, none of the folks Kitzhaber meets with on this trip think it’s a “Medicare for All” solution. Politically, they say, it’s just not feasible without an overwhelming majority in Congress. Even then, “once Americans understand they will lose their insurance, and that their taxes will shoot way up, and that this is ‘government-run’, any support craters among Democratic voters,” one federal insider tells Oregon’s former governor.

“I whole heartedly agree with the principles of Medicare for All. I endorse them,” he tells an audience of Congressional staffers and lobbyists. The more than 120 folks attending a panel at which he’s speaking, hosted by the Progressive Policy Institute, have come to hear what his experience as one of the country’s foremost health policy leaders has taught him about the 2020 discussion.

“But, Medicare for All is really a financing mechanism. And, if we don’t reform the underlying delivery system, the way we finance it won’t get at the root problems of quality in health care.”

By trying to find agreement on the problem, Kitzhaber thinks the entire debate in 2020 will change. Moreover, the conversation will likely then move towards answers that might draw from the delivery system reform in the Oregon Coordinated Care Organization (CCO) model.

That model creates a fixed cap of 3.4% annual trend for health care spend in an approach where the state contracts with local risk bearing entities. These CCOs are governed by boards of community and professional members, which include plans, providers, hospitals, county commissioners, mental health leaders and others.

The local governance model allows for re-investment of any margin under the fixed trend back into the community. In the most recent contracting model from the State of Oregon, social determinants and mental health are two identified priorities for the re-investment dollars.

“We always hear ‘Well, what about Alabama?’ when we are talking about the success of Oregon’s model.”

Scott Nelson is a partner at K&L Gates and is based in the DC office. He’s also a Corvallis, Oregon native, and helped Kitzhaber work channels in DC when Oregon earned it’s $1.9 billion award under a 1115 waiver in 2012.

“The CCO model is actually perfect for fiscal conservatives because of the fixed cost trend. And, progressives will like that it provides flexibility for spending on the social determinants, like housing. It’s actually unique in that it has meaningful appeal to both sides of the aisle.”

Nelson is a savvy operator with deep bi-partisan connections throughout the city. He’s the kind of advocate that knows how to make a policy idea a reality.

On these five trips, Nelson has been Kitzhaber’s right-hand man, helping the governor navigate the corridors of Democratic power brokers.

Kitzhaber has made a lot of trips to Washington DC in his career, and earned a lot of success. Yet, he has never gotten to be a creature of the nation’s capital.

APG’s Don Crane says Kitzhaber’s approach as both an ‘outsider’ and as a governor that has implemented reform gives him a unique credibility in these conversations, particularly as the Democratic debate heats up.

“I think the efforts of Dr. Kitzhaber reflect a combination of patriotism for the country and an understanding of how to solve our healthcare affordability problem. I have no doubt that Dr. Kitzhaber was frustrated, as was I, to hear so little talk from the candidates as to how to address the actual and underlying cost-drivers in our healthcare system.”

After the dinner, Kitzhaber is self-reflective on a long walk past the White House to his hotel.

“This is a town that spends a lot of time figuring out why you can’t try things. There’s not a lot of imagination here, is there?”

Like his talk on health policy, Kitzhaber is clear-eyed about how stark the challenges are in shaping the health care debate.

“I think of these trips as ‘Don Quixote goes to Washington.’ Health care reform is probably my windmill.”