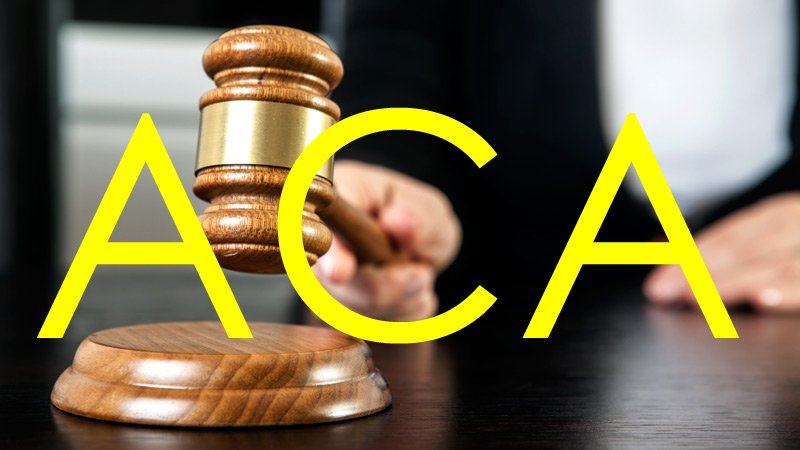 Updates from the ACA court hearing

A federal appeals court in New Orleans is hearing a case in which a lower court judge ruled the Affordable Care Act unconstitutional. The hearing today is a repeal of Texas v. United States. If the federal court upholds this ruling, it would essentially dismantle the entire ACA and those that receive health care from the mandate.

The effects of the repeal of the ACA would mean that the 20 million Americans who utilize the act to receive health care would no longer be covered. Beyond the coverage of millions, provisions that are embedded in the act would also be null and void.

Things like calorie counts on restaurant menus, the availability of generic drugs at cheaper prices, and coverage for those with preexisting conditions would no longer exist should the courts rule the ACA unconstitutional.

The court hearing is, in part, a result of the 2017 tax plan proposed and passed by Republicans. The tax bill eliminated the penalty in the ACA for not having health coverage. In response, Texas v. United States, argued that since the ACA was previously upheld because it was a valid form of Congress’ taxing power, taking the taxing power away makes the entire act unconstitutional.

Democratic support for the ACA also prompted the hearing. Several Democrats across the country argue that despite the tax bill, the rest of the ACA remains legal. They also argue that the ACA is the difference between life and death for many, and that providing health care for millions should not be a partisan issue.

Speaker Nancy Pelosi made a statement supporting the ACA, saying:

“The American people already know exactly what the President’s health care plans mean in their lives: higher costs, worse coverage and the end of lifesaving protections for people with pre-existing conditions.”

Arguments in favor of the ACA claim that if opponents of the act wanted to repeal it they could have, and should have done so during the 2017 hearings following the tax bill.

The hearing wrapped up this afternoon, and while both sides were heard in court, a ruling is not expected to come today.

Lawyers from the Trump administration and a group of Republican states squared off against attorneys from a coalition of Democratic states and the House of Representatives. The Republican coalition was led by Paxton.

“The Affordable Care Act has what amounts to an inseverability clause because the penalty is essential to drive people to buy insurance.”

Attorney Douglas Letter, arguing for the House, said that states are exaggerating the impact of the 2017 tax bill. He argued that while the tax penalty is now zero dollars, people still have the choice to either purchase insurance, or not.

“That means the choice is still there,” he said during the hearing. In fact, “there’s less coercion than there was before.”

Judge Kurt Engelhardt questioned why the act is still constitutional without the tax, and why a severability clause was not included. California solicitor general Samuel Siegel responded by saying that because Congress only acted on the mandate, it did not want the rest of the ACA to be dealt with:

“The entire Affordable Care Act can cooperate without the individual mandate,” Siegel said during the hearing.

A major takeaway from the hearing: the two Republican-appointed judges on the three-judge panel strongly suggested that Congress, by eliminating the individual penalty for not having health insurance under the law, had jeopardized the basis for the entire law under the Supreme Court’s 2012 ruling. And, two of the judges commented that they may side with the lower court ruling.

The case could end up in the Supreme Court, likely in the midst of the 2020 Presidential Election.