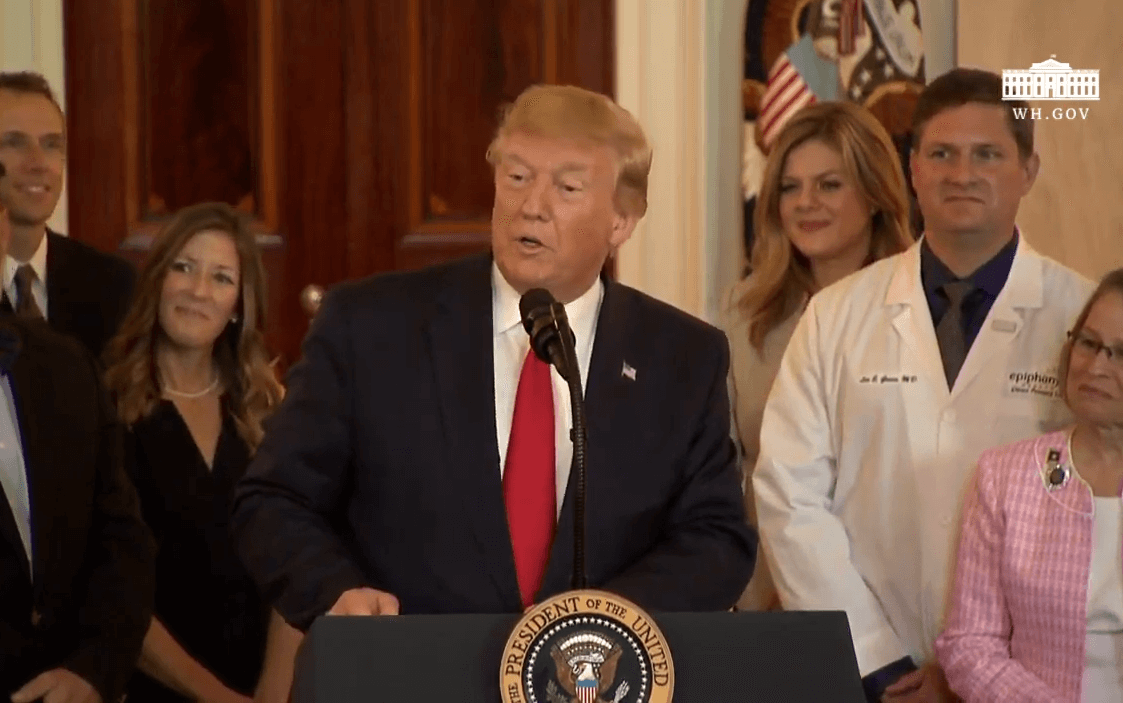 President Trump is expected to sign an executive order regarding health care price transparencies today. The order seeks to lower health care costs by providing patients with plan pricing. If people are able to shop around for the most cost-effective health care plan, prices will drop, the order assumes.

“The president knows the best way to lower costs in health care is to put patients in control by increasing choice and competition,” Secretary of Health and Human Services Alex Azar said at a press briefing for reporters Monday morning according to NPR news.

The executive order has not been fully released and the details of the plan are not finalized, but the president has suggested that HHS should develop a process for controlling health care costs by establishing a new set of rules for regulation. During the press briefing, Azar highlighted two of the five executive order proposals. Both were directly related to price transparency:

“It directs the agency to draft a new rule that would require hospitals to disclose the prices that patients and insurers actually pay in “an easy-to-read, patient-friendly format,” Azar said during the briefing.

“For too long it has been virtually impossible for American’s to know the real price and quality of health care services they receive. As a result, patients face significant obstacles, shopping for care at the best price, driving up health care costs for everyone. Today we are fundamentally changing the nature of the health care market,” President Trump commented during his press release.

The goal of this new set of rules is to force health care to function more along the lines of a normal market. Quality, and the price of the health care plan would drive consumers to make purchasing decisions, and the market would regulate based on consumer behavior. This would put consumers, and patients in the driver seat.

Stephen Love, President and CEO of the Dallas-Fort Worth Hospital Council, spoke to Mitch Carr on KRLD radio about the executive order and Texas’ role in protecting patients from high health care costs. Texas, he explained, has been leading the way in surprise medical billing legislation, having made strides in creating additional protections this session.

“We want patients out of the middle, we do not want patients surprised by bills and they need to be protected,” Love said during the interview.

Hospital and health plan lobbyists, however, expressed concern over the executive order, arguing that prices may actually be driven up, not down as a result of additional transparencies.  This decrease in prices, they argue, are not guaranteed.

This executive order is the latest in a series of attempts to regulate the cost of care and bring additional transparencies to the market.