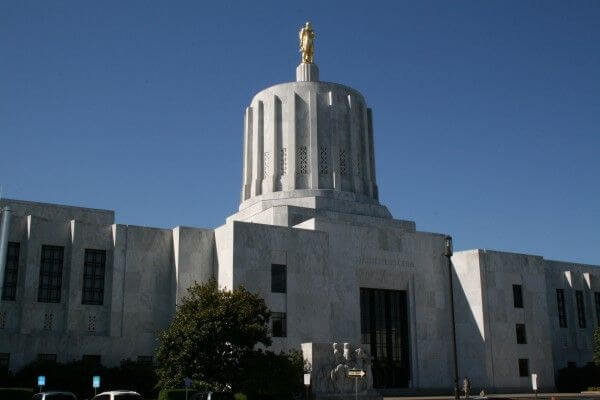 Hospitals are required nationally to do community benefit under the affordable care, but there are no minimums. The Oregon Senate passed legislation today designed to ensure more nonprofit hospitals are holding up their end of the bargain.

House Bill 3076 – which passed with a 20-8 vote on the Senate floor – directs the Oregon Health Authority to establish a community benefit minimum applicable to nonprofit hospitals. It also requires nonprofit hospitals to maintain financial assistance policies that include specified reductions based on the patient’s household income.

Sen. Shemia Fagan (D-Portland) pushed for the bill in the Senate and shared a story of when her mom overdosed in 2009 and had to spend a week in the Intensive Care Unit at Portland Adventist Hospital.

“I’ve never had a chance to publicly thank the providers at Portland Adventist for saving my mom’s life and for writing off her unpaid medical bills,” Fagan said during the Senate debate. “Despite 95-percent health care coverage in our state, medical costs are still a major cause of bankruptcy. Families are counting on these discounts for survival and with House Bill 3076, they will be guaranteed across hospitals and nonprofit clinics.”

Under House Bill 3076, nonprofit hospitals will be required to maintain financial assistance policies that include specified reductions based on the patient’s household income. It also phases in additional income-related requirements and requires that nonprofit hospitals screen patients with income less than 200 percent of federal poverty guidelines before transferring unpaid bills to collections. It also prohibits collecting interest from those patients and limits interest applied to the debts of patients whose incomes exceed 200 percent of guidelines.

Community benefits include services, spending or actions taken by a hospital in the community, in exchange for tax-exempt status. Some examples can include costs incurred to train healthcare professionals, costs exceeding reimbursements provided by Medicaid programs, research costs and supporting local activities or programs that improve community health, such as community health clinics. There is no currently defined minimum community benefit a hospital must provide.

“No one should go bankrupt or become homeless because of medical expenses, but that’s a big cause of financial annihilation for too many people across our state and nation,” Fagan said. “We need to be holding these hospitals accountable so we make sure they are truly meeting their mission and earning their nonprofit designation. No one should have to choose between food and housing or paying off a medical debt.”

House Bill 3076 now goes back to the House of Representatives for concurrence on amendments adopted during the Senate policy process.

This press release was produced by the Oregon State Legislature.