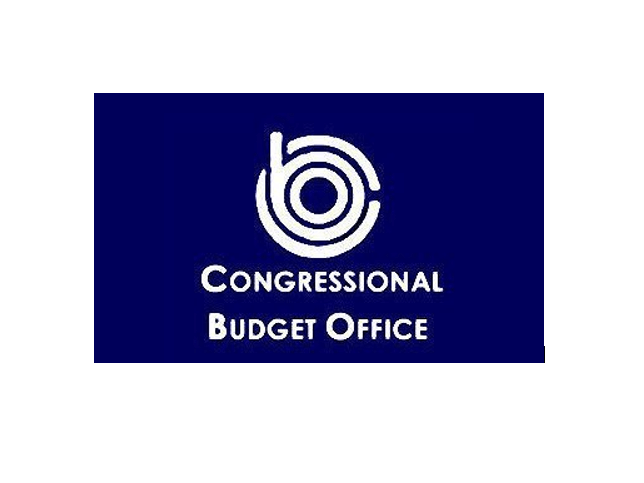 Tuesday, we covered the first Congressional hearing for the Medicare for All bill. While the bill attracted large numbers of proponents and opponents, it did not come with a price tag. Rather, the sponsors of the legislation left that task to the Congressional Budget Office (CBO).

CBO, a nonpartisan research office, is a critical participant in the process of bills becoming law — particularly controversial ones, such as this. Similar legislation in the past has been unsuccessful, largely because of the reports released by the budget office. Given that CBO acts as the official word of Congress, a poor report card from their office does not bode well politically.

CBO released their report on the funding mechanisms for Medicare for All Wednesday afternoon. The report seeks to answer several questions:

The 30-page report, did not give an official price tag for how much Medicare for All would cost. But, it did reveal several important statistics and pros and cons of the proposal.

Currently, the United States has a patchwork system of government programs, employer- sponsored healthcare, and private plans for individuals. Medicare for All would create a unified, single- payer plan system.

CBO stated that the process of providing insurance to an additional 29 million Americans under the age of 65 would require significant changes in the sources and extent of insurance coverage, provider payment rates, and financing methods of health care across the entire country. While creating such a system is possible, its success depends on how the system is designed.

The report also acknowledges some difficulties in defining a “single-payer system,” and explains that even though the intent of the bill is to cover all Americans, some may still be ineligible due to their legal status and other factors.

CBO concludes that a single-payer system for the scope of this bill includes: 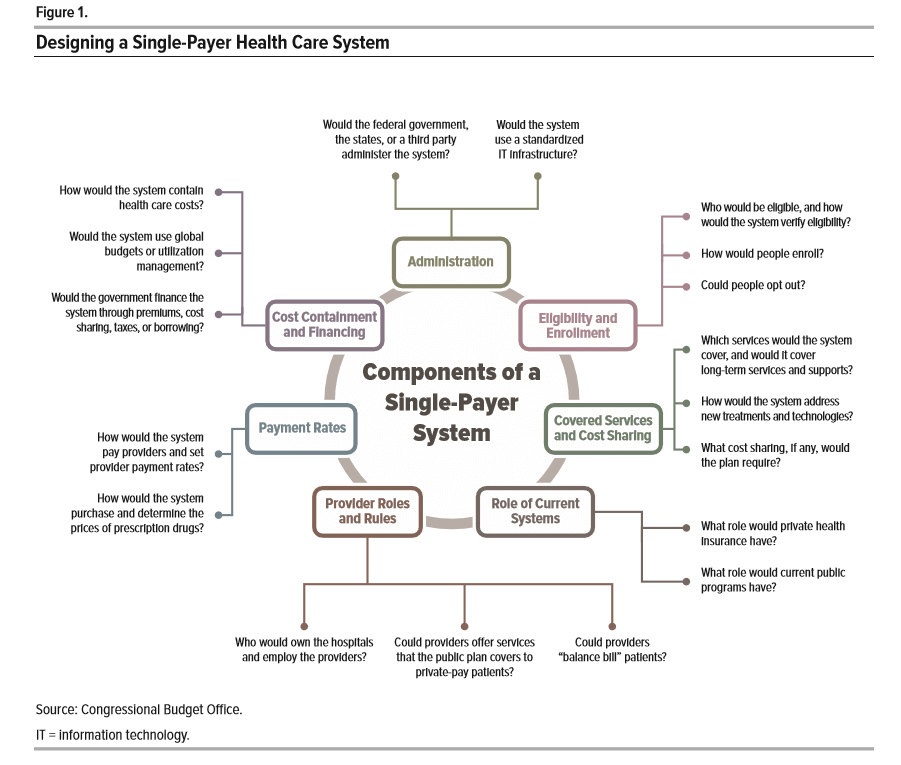 “The transition toward a single-payer system could be complicated, challenging and potentially disruptive,” CBO wrote in its report.

One challenge would be the cost of the program. While CBO did not give an exact cost, the report estimated that the transition to a single-payer system could cost as much as tens of trillions of dollars over a decade. A contributing factor to this price tag is the provision that seniors and the elderly have zero-cost sharing.

Here is how a single payer system could be financed:

“Shifting such a large amount of expenditures from private to public sources would significantly increase government spending and require substantial additional government resources,” CBO noted in its report.

If coverage is not comparable to the coverage Americans have under the current patchwork system, and opt-out feature may need to be considered, as well. And, if they had the option to, lawmakers would also need to determine how much, if any, they would contribute via taxes.

Long-term care services were one of the greatest concerns of the CBO. Given that a majority of long-term care is done by family members at zero- or low-cost, this would be difficult to monitor. Public spending would also increase relative to current spending if everyone eligible received this type of care.

“Currently, much of LTSS is unpaid (or informal) care provided by family members and friends. If a single-payer system covered LTSS with little or no cost sharing, a substantial share of unpaid care might shift to paid care,” CBO explained in the report.

Although it appears as though the Medicare for All plan could become costly, CBO also revealed that our total national health spending would not necessarily increase if this single-payer system were to pass. Much of the cost is dependent on the services that are covered and cost-sharing requirements set forth by lawmakers. In some circumstances, total national health spending could even decrease over time.

Here are some cost-sharing options:

The CBO report detailed many of the challenges that lawmakers are faced with when structuring and implementing a Medicare for All program. If it were to pass, challenges like financing, coverage, long-term care, and other services would need to be addressed. The exact cost of the program is unknown, but — as the report reveals — there are several considerations that need to be made.