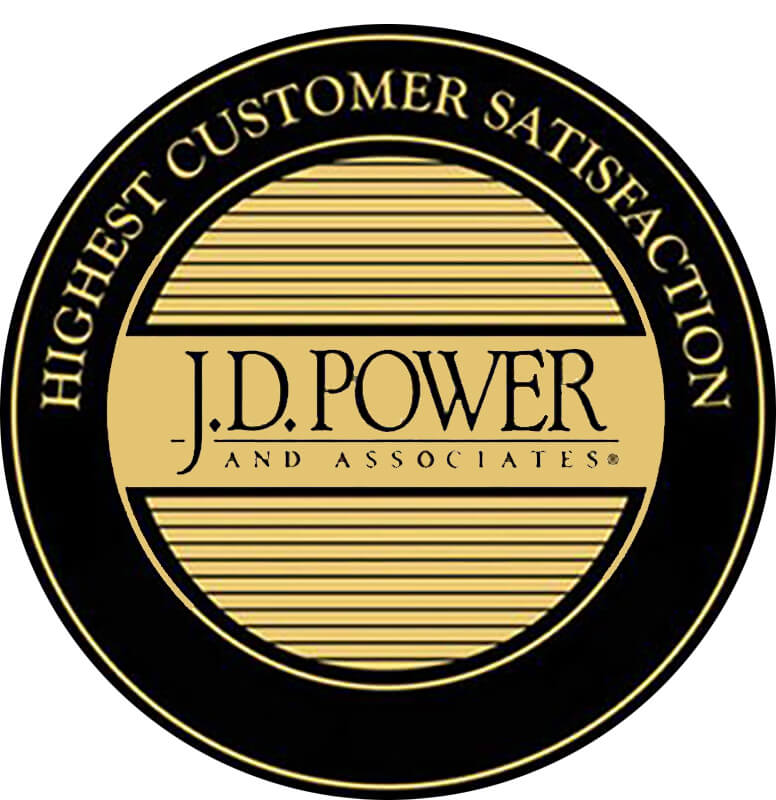 The report uses several metrics to track satisfaction: billing and payment; cost; coverage and benefits; customer service; information and communication; and provider choice.The study is based on responses from 28,809 commercial health plan members and was fielded January through March 2019. J.D. Power sourced data from 146 health plans in 22 different regions across the United States.

The study found that overall satisfaction with coverage has improved, but that satisfaction with benefits and the cost of health care has declined across the nation. The report shows that commercial health plans must improve coordinated care among providers and across  settings, and that high copayment costs must also be addressed.

“Health plans are doing a good job managing the operational aspects of their businesses, but they are having a harder time addressing the expectations members have based on their experiences in other industries where their service needs are more effectively addressed with better technology,” said James Beem, Managing Director, Global Healthcare Intelligence at J.D. Power, in a press release featuring the findings.

“Across the board, health plan members are satisfied with the coverage and benefits they have, but once they start looking to their health plans for guidance in areas like navigating issues related to cost or when to use primary care versus urgent care, many plans miss the mark on customer expectations,” Beem continued, in the same press release.

The report also breaks down individual region satisfaction among the top health care providers in the area. The rate of increased satisfaction is largely driven by improvements made to coverage and benefits — availability and low cost of these benefits is a top contributor to overall satisfaction, as well.

In California and Colorado, for example, Kaiser Foundation Health Plan receives the highest satisfaction rating across both states. The improvements Kaiser made to benefits and coverage are considered in this ranking as is the versatility of care. 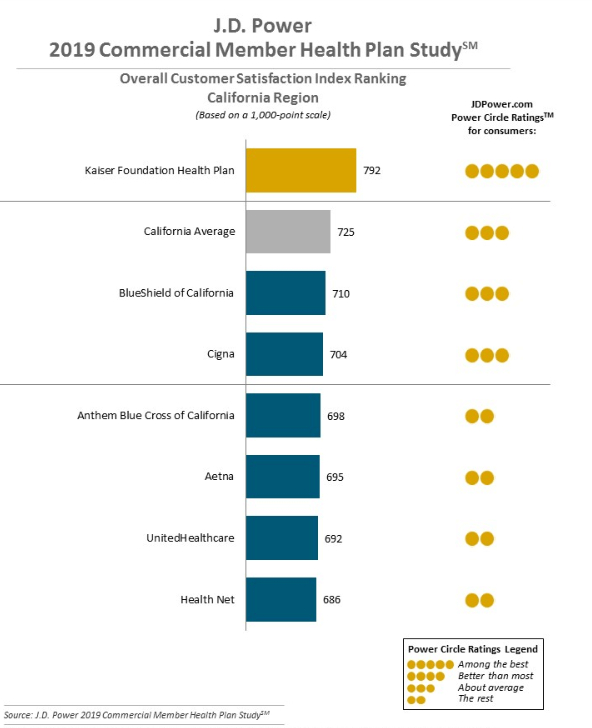 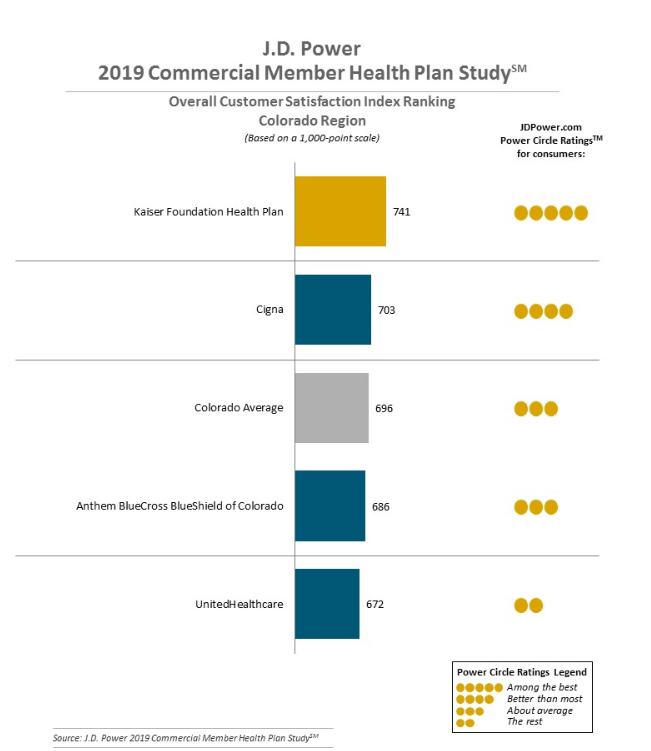 The report also reveals that, while improvements to benefits and coverage have resulted in increased consumer satisfaction, the new development of mobile devices has decreased overall satisfaction. Mobile apps themselves are not the direct cause, but the poor access to services on the apps are. Some online apps are difficult to navigate, according to the report.

High copayments is the second of two categories — the other being mobile apps — that decrease consumer satisfaction. Individual physician office visits have been steadily rising, which in turn results in multiple co-payments for these visits and this increase is a direct cause for the lack of satisfaction.

In Texas, for example, BlueCross BlueShield of Texas receives the highest overall satisfaction rating. Aetna, on the other hand, has the lowest consumer satisfaction rating. It is plausible, based on data in the study, that this low ranking is a result of either or both the company’s mobile app and the high cost of copays at individual office visits. 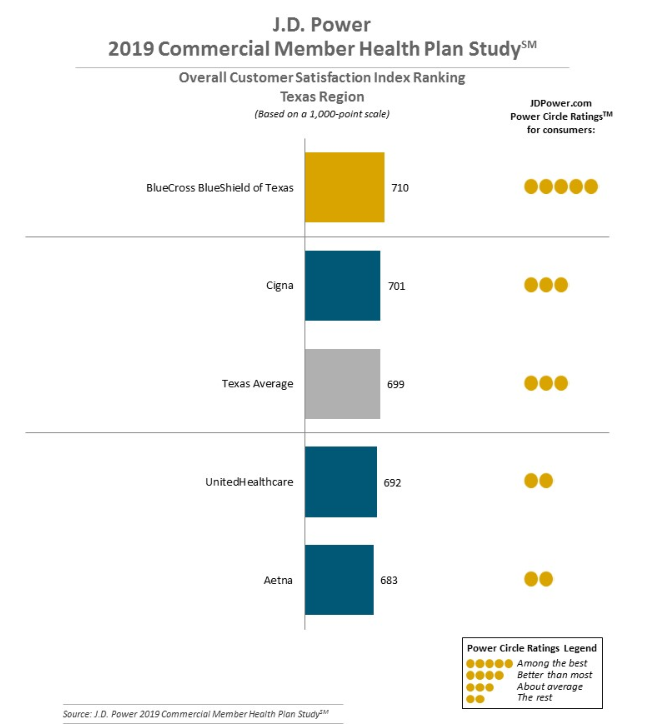 A final component of the report reveals that there are many opportunities for health plans to increase their satisfaction rankings.

Alternative treatment channels are one such avenue that could benefit low-ranking plans. The rise of reliance on urgent care facilities and telehealth in several states presents an opportunity to relieve some of the strain of high copays for office visits. Datain the report shows that 48 percent of all health plan members would consider telehealth as an option for care. Additionally, 32 percent of all health plan members reported as having utilized an urgent care facility.

As technology continues to develop, it is likely that benefits, like telehealth, could result in an increase in consumer satisfaction. Mobile apps may also become more effective, increasing the satisfaction rate as well.