A new analysis of data provides a better picture of the impact of the removal of the individual mandate penalty on health insurance renewals on individual market exchanges.  It shows that on the three largest state-based exchanges consumers are more likely to keep their coverage once they obtain insurance.

Produced by Covered California, the Washington Health Benefit Exchange, and Massachusetts Health Connector, the breakdown shows that instead of falling as predicted by some, the effectuation rate for renewing members grew to its highest levels so far in all three states. 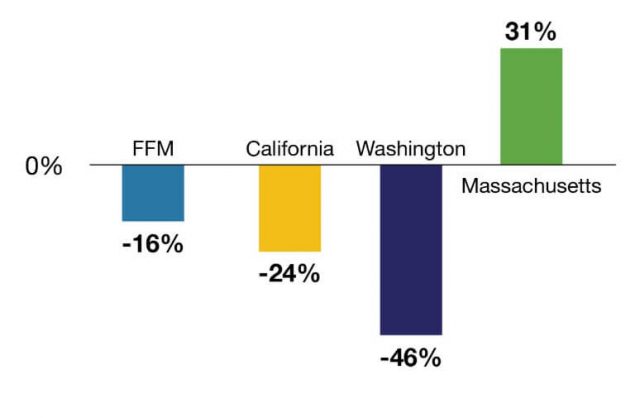 New enrollment in Massachusetts, which has its own state mandate and subsidies, continued to grow indicating that the penalty makes a difference. Explained Pan MacEwan, CEO of Washington Health Benefit Exchange in a statement,

“The penalty matters: It is the nudge that gets new enrollees in the door. Once people sign up for quality health coverage, they are more likely to stick with it, and that leads to better health outcomes and lower premiums.”

Remarked Covered California Executive Director Peter Lee about the analysis and its findings,

“For the first time, we are getting a look at the impact of changes at the federal level, and the early news shows that once people get coverage, they want to keep it.

However, we remain extremely concerned that the removal of the individual mandate penalty is leading some Californians to roll the dice and stay uninsured, leading to higher than necessary premiums that could ultimately price them out of coverage — particularly for middle-class customers who do not receive financial help.”