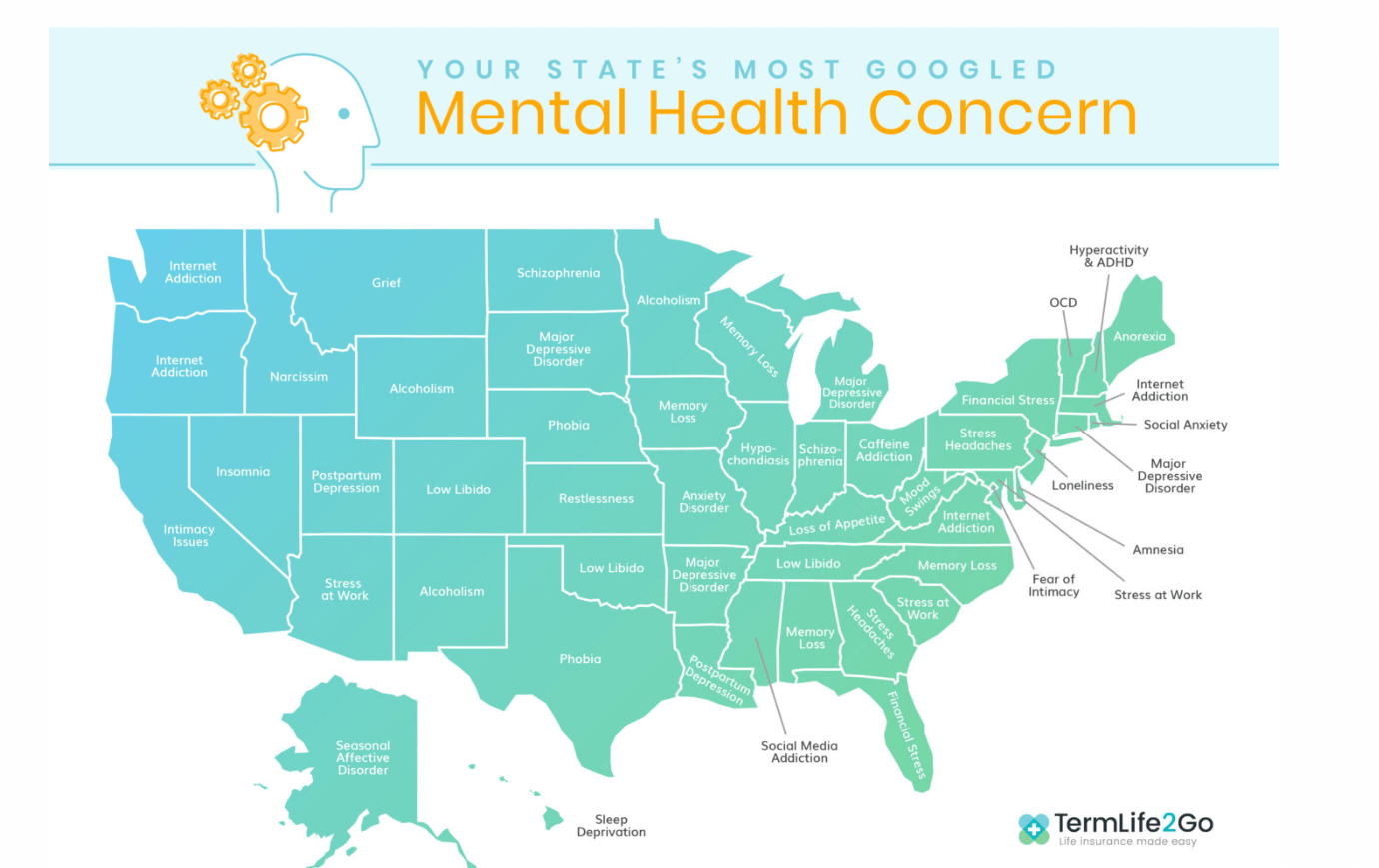 Late last week, the insurance company TermLife2Go published the results of a national survey detailing the top mental health concerns in each state.

The goal of the survey is to better assist Americans in diagnosing and recognizing symptoms of various mental health disorders. At the same time, TL2G warns against the many pitfalls of self-diagnosing on the internet and encourages Americans, regardless of their mental health concerns, to speak with a professional.