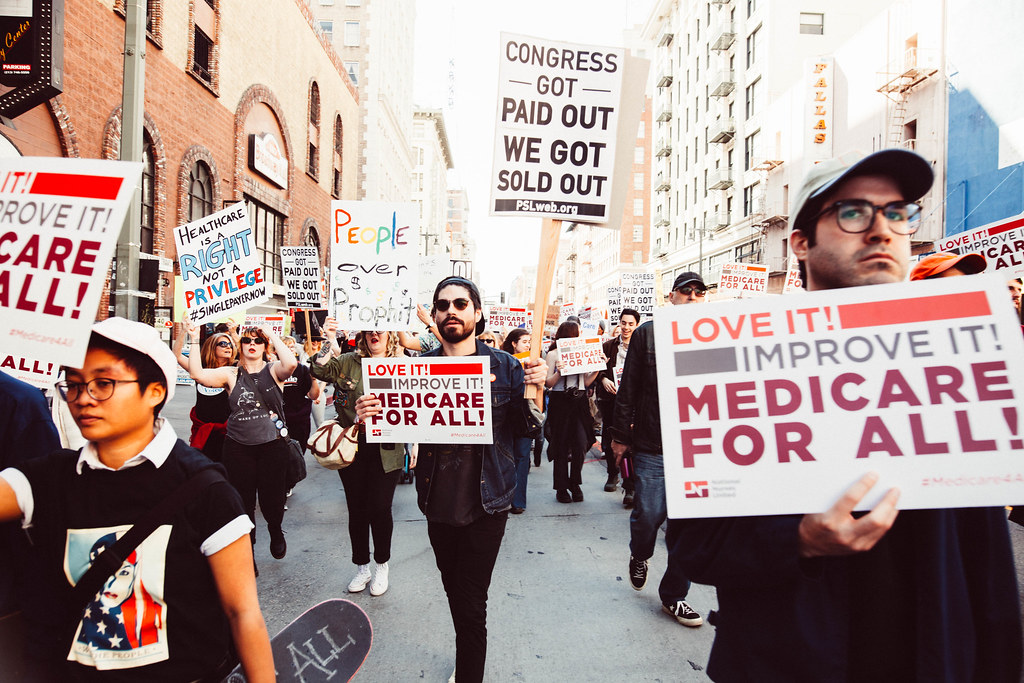 Medicare for All bill gets first hearing on Capitol Hill

This morning, Congress is holding the first hearing for the Medicare for All bill in the House Rules Committee. The testimony is ongoing, and is scheduled to continue throughout the day.

“I believe this is a historic day. Today the Rules Committee is holding a hearing on the Medicare for All Act. This marks the first time that Congress has ever held a hearing on Medicare for All….I have long believed that healthcare is a right for all, not a privilege for the lucky few,” said Chairman of the committee, Rep. Jim McGovern, during his opening statement at the hearing.

There are 100 co-sponsors of the bill, many of whom are scheduled to testify on the expert panel during the hearing. You can listen to their testimony here.

Rep. Tom Cole, ranking member of the committee, followed the chairman’s comments in opposition to the bill. He questioned the tax increases that would be required to fund Medicare for All, and referred to the measure as “radical” because of its potentials impacts on current Medicare recipients.

The first expert witness to testify was Ady Barkan, a healthcare advocate who was diagnosed with ALS in the fall of 2016. Barkan testified via computer program, because he has lost his ability to speak as a result of his diagnosis. He spoke about his many challenges to gain access to the care he needs.

“…..All of us need medical care. And yet in this country, the wealthiest in the history of human civilization, we do not have an effective or fair or rational system for delivering that care,” Ady stated in his testimony this morning.

These statements, both in favor of and in opposition to the bill, represent the broader, partisan debate over the issue of Medicare for All. Much of this debate centers around the role of private insurance companies and whether or not they should continue in coexistence or be eliminated altogether.

Partisan debate also differs around the “right” of healthcare for all. Republicans argue that, if the government is required to provide coverage for all Americans, it could become difficult to define the boundaries of this provision. The argument stems from the idea that other contributing factors to healthcare, like clean air, food, and shelter, would eventually become included under this bill.

Arguments from Democrats, on the other hand, declare that healthcare is a human right, and one that should be provided to all. These arguments often claim that America is one-of-a-kind in the way that the government does not have a system in place to provide adequate, broad healthcare coverage to all.

But, not all Democrats favor the idea of Medicare for All, but rather favor a more incremental approach that focuses on expansion of the Affordable Care Act. Other suggestions include adding a public option to the healthcare market, or lowering the requirements for Medicare.

As it is now, the bill allows for complete coverage. Consumers would not have to contribute any percentage of the cost to their medical bills, and long-term care would be covered as well. The bill also accounts for lifetime enrollment. Currently, there is no cost estimate for how much the bill would cost taxpayers. Prime sponsor of the bill, Rep. Pramila Jayapal, left that task to the Department of Health and Human Services.

Here is a diagram that breaks down the differences between several healthcare coverage bills introduced in the 116th Congress.

The Congressional Budget Office is predicted to release a report tomorrow on the estimated costs.