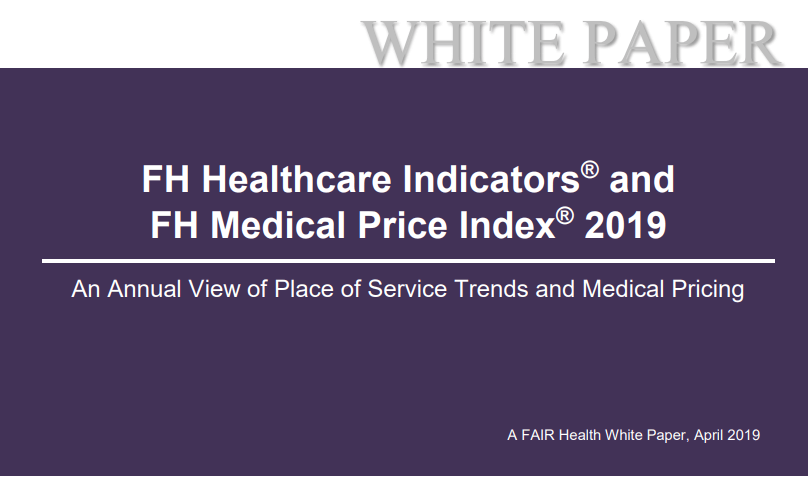 National nonprofit FAIR Health recently released its second annual white paper, detailing trends in place of service for health care and changes in the growth of procedure charges. While price growth was relatively consistent with last year’s data, the new white paper shows an increase in utilization of new venues of care.

Claims data shows that the utilization of these alternative places of care continues to rise in the United States. From 2016 to 2017, telehealth led the pack with utilization increasing by 53 percent nationwide. By comparison, urgent care centers increased by 14 percent, retail clinics by 7 percent, and ASCs by 6 percent. Conversely, ER utilization decreased by 2 percent from 2016-2017.

“The health care system is evolving and it is interesting to see how these new venues are taking shape and really having an impact on where people are seeking care,” says Robin Gelburd, President of FAIR Health.

Gelburd says the increase in utilization of alternative places of care is likely related to many factors: the convenience of different places of care, difficulty in accessing primary care in a timely manner, having unconventional work hours, and the fact that more people now have health insurance and are seeking out services.

But, she says, the claims data in the report points to interesting variations in utilization.

“What’s fascinating is you cannot look at any of these venues through a single lens — it really varies in terms of age, demographics, geography, and the level of utilization of these facilities,” Gelburd says. 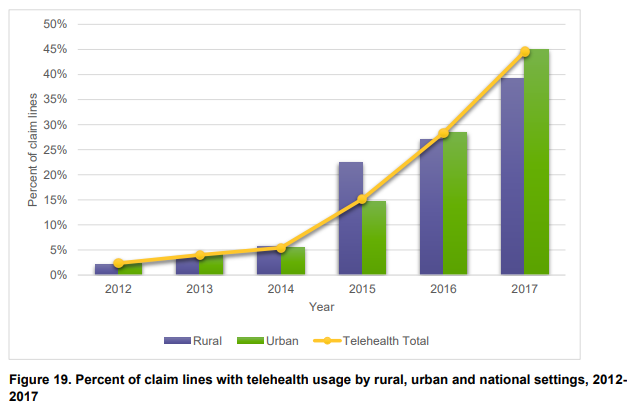 There is also variation in terms of age cohorts (individuals aged 31-60 accounted for 44 percent of claim lines with telehealth usage in 2017), gender (claim lines for women were submitted more often than for men across all adult age groups in the places of service studied), and geographic location.

The white paper also breaks down claim lines based on diagnostic categories in the service locations.

Here, Gelburd describes a “blurring of the lines” in the boundaries of care venues.

For example, in 2017, acute respiratory infection accounted for 34 percent of claim lines with retail clinic usage, 31 percent in urgent care centers, and 13 percent in telehealth.

“Whether it’s a retail clinic or urgent care center or even in a telehealth environment, there’s a lot of overlap in the different diagnoses presenting and the types of care that is being sought by patients,” Gelburd says. “But it is fascinating to see how patients are making those choices.”

Gelburd says the information in these reports can be utilized by everyone from policymakers and agency officials, to health plans, hospitals, and researchers to help them “demystify what the health care system looks like, as this sort of tapestry of services are provided across the country.”

“With our white papers, we like to hand the baton on to researchers and policymakers to let them go even further and ask the next set of questions that these statistics raise,” Gelburd says.