WA: 7 observations from the House budget on health care

On Monday, House Democrats released their 2019-2021 budget.  It will move quickly to an executive session on Wednesday and likely get voted off the House floor on Thursday.

There are a handful of interesting investments that you’ll hear about from other outlets, particularly on mental health.  Rep. June Robinson led the discussion on those appropriations during the House Democrats media availability, and should garner widespread praise for her leadership there.

So, I spent some time digging into the Health Care Authority’s proposed budget to see what nuggets I could find that might otherwise miss the glare of the media spotlight.  You can read along in the 9-page Agency Detail document here, or dig into the underlying bill at 716 pages.

Here are seven things I thought were interesting from the read.

1. For the most part, the House is more fiscally cautious than the Governor’s proposed budget

The House budget proposes $719m less in HCA spending than the governor’s budget.  It’s a notable difference, though some of that may be cuts for the sake of positioning vis-a-vis the Senate.  For example, there are some funds not included that would fund a part of collective bargaining contracts that are in the governor’s budget, and will likely be in the final House-Senate compromise, but aren’t in there currently.

Nevertheless, $719m isn’t pocket change.  Its about 3% of the overall HCA budget, and even more of the total if we remove the Medicaid funds that pass through to MCOs.

2.  The HCA budget is a 13% jump over the previous biennium

Overall, while the House budget is less than the governor’s proposed budget, it’s still 13% higher than the previous two-year budget.

Of that 13%, about half (56%) would come simply from maintaining the current level of service, identified in the budget as the “Carryforward Level.”  The remainder comes from policy changes, or edits to what is considered “maintenance” for the new fiscal biennium.

3.  The HCA is giving back $172m in promised savings that never materialized

In three line items, the House has to fund savings that the HCA promised but never delivered upon related to the Healthier Washington and Medicaid reform work.  This has been a re-occurring theme in budgets for the last five years for various reasons.

One of the line items titled “Restore Pharmacy Savings” was called out in the House Democrats media availability today by House Majority Leader Pat Sullivan.  He said the HCA’s promises of pharmacy savings were “wholly unachievable.”  The Agency Detail document in the budget was more diplomatic.

The Health Care Authority has implemented a single Medicaid preferred drug list. The savings assumptions in the current budget will not be achieved at the level or within the timeline originally anticipated. Funding is provided to restore a portion of the assumed savings.

Let’s face it:  $172m is a lot of dough.  Think of what could be done on homelessness had those savings materialized and been put into housing, for example.

4.  The House funds a bump in pediatric and family practice Medicaid reimbursement rates

ACA watchers will recall that the federal bill funded 2 years of increased reimbursements to providers that cared for children. This budget includes funds that would re-establish those rates.

Funding is provided to increase adult and pediatric primary care rates for the same set of evaluation and management and vaccine administration codes that were included in the temporary rate increase provided by the federal Patient Protection and Affordable Care Act.

This was an issue with bi-partisan support as House Minority Caucus Chair Paul Harris was a vocal advocate for increasing this funding well before the session started.

In a defined-contribution world, the defined-benefit model for state employee insurance remains a tightly held perk for working at the state.  While the cost of employee benefits can vary widely among large employers and apples-to-apples comparisons are hard, based on the per-person spend, I think we can nevertheless say that state employees still get a handsome medical benefit.

By comparison, the richest benefit plan on the Washington Health Benefit Exchange is a gold plan.  Gold plans are pegged at roughly a 90% actuarial value, which is probably in the ball park of public employee plans, which if memory serves are at about 92% of actuarial value.

Costs range for a gold plan in Washington State from a Premera product at $670/month to a Coordinated Care product at $400/month.

6.  Mid-adopter regions have $14.5m in the budget to support crisis and diversion programs

This nugget is buried in the 716-page bill but not otherwise called out in any of the summary documents.  It provides funds to “ensure a smooth transition to integrated managed care,” a project under way since 2014.

But, regions like King County, Spokane, and Greater Columbia all likely will be able to draw down funds.  If Pierce is meant to be included in this mix, as it’s a mid adopter region and a partner to the HCA, the language here might need to be cleaned up.

7.  Washington State Medicaid is funded for a 2% annual increase, below overall medical inflation

Actually, Washington State Medicaid has had annual rate increases of between 0% and 2% for most of the last two decades.  There are a lot of reasons for that, some unique to Washington and some not.  But, it’s a trend that the rest of the system would envy, assuming you think low inflation is good. 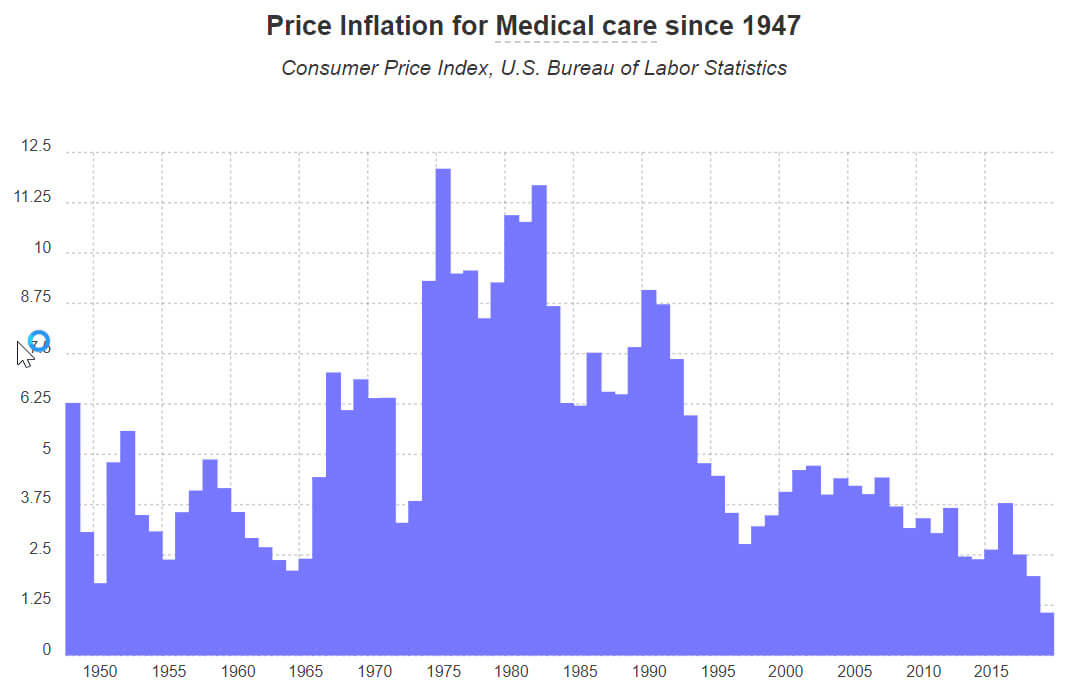