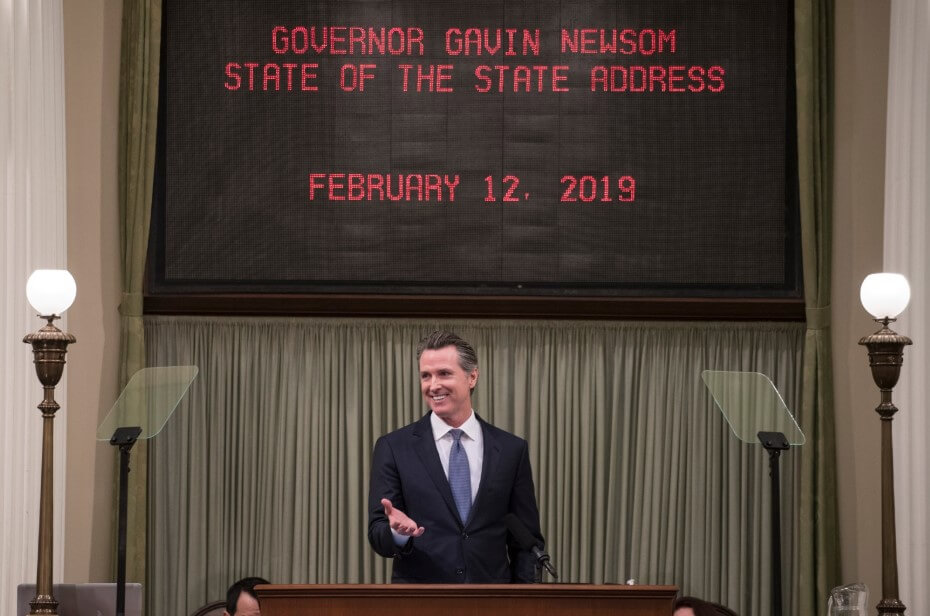 Governor Gavin Newsom delivered his first State of the State address yesterday. And for a governor who has thus far highlighted health care, the issue seemed to play a more moderate role in the update than his preliminary actions in office would suggest.

Despite hints at single-payer efforts, key take-aways from the speech for the more immediate direction of state health policy include:

Health care seemed to take a back seat in the speech, appearing first in the later half of the speech.  Newsom began by addressing social determinants of health. He drew attention to the homelessness crisis in the state and its interaction with recent public health emergencies including outbreaks of Hepatitis-A, Syphilis, and Typhus stating,

“Too many on the streets are suffering from bipolar disorder, schizophrenia or paranoia. Many are self-medicating with drug or alcohol as a consequence. Our homelessness crisis has increasingly become a public health crisis.”

The governor pledged $500 million to fund homeless navigation centers and another $100 million investment into Whole Person Care delivery. He also announced a Commission on Homelessness & Supportive Housing  to be led by Sacramento Mayor Darrel Steinberg.

He moved on to focus attention on aging issues proposing a Master Plan on Aging to address long-term care issues and appointing Maria Shriver to lead a new Alzheimer’s Prevention and Preparedness Task Force.

The meat and potatoes of the health care agenda came later in the speech as Newsom tackled affordability and costs. He highlighting the impacts of Affordable Care Act deregulation on health insurance costs, moving on to action items to increase health care affordability in the state such as:

“I want to thank President Trump for calling attention to prescription drug prices in his State of the Union. Yes, you heard that right. I hope he follows through.  After all, this should be a bipartisan issue. But with or without the Federal government, California will lead.”

The speech wrapped up by again echoing the importance of health care to the governor’s agenda and path forward:

“Taking care of each other, showing courage when it matters most – this is what we do in California.  Yes, we have so much left to do.”