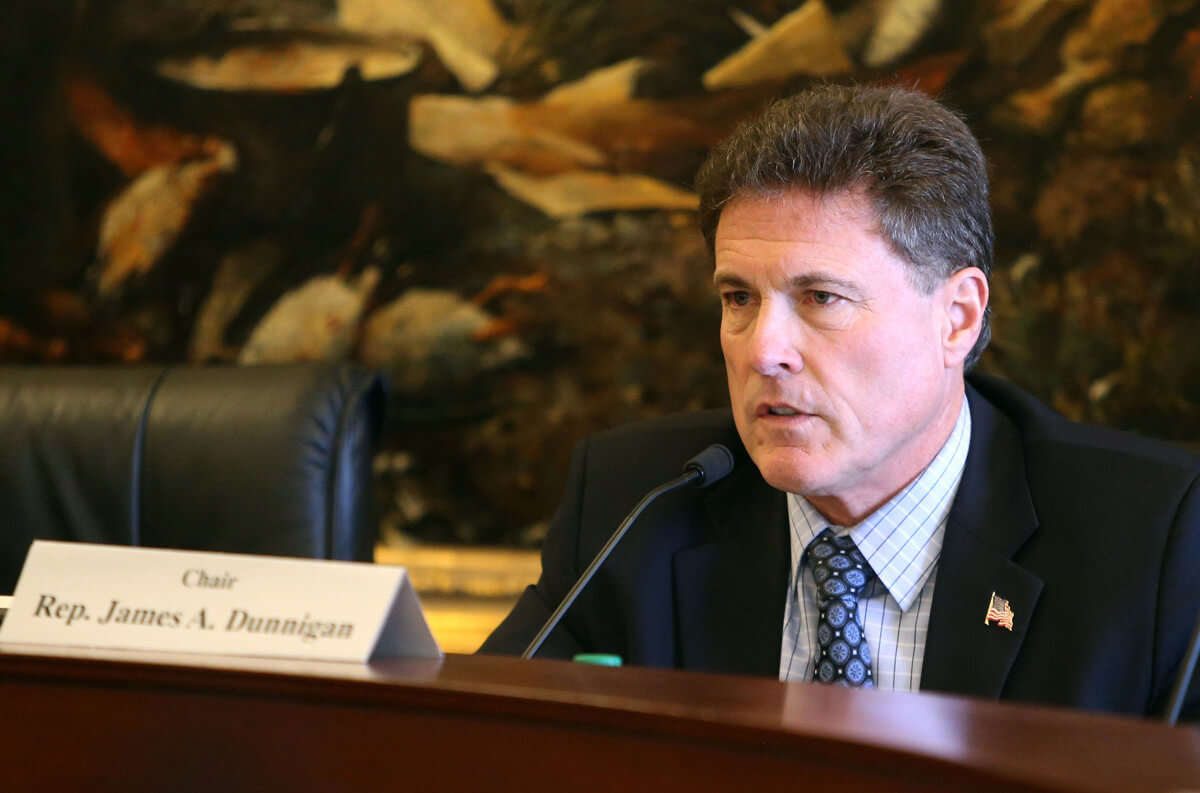 Q&A with Rep. Jim Dunnigan on the newly amended House version of SB 96

The Utah House of Representatives passed an amended version of SB 96 on February 8th and sent the bill to the Concurrence Committee to work out the differences in the Senate and House versions. A final vote is likely on Monday, February 11, 2019.

Representative Jim Dunnigan introduced the amended version of the bill earlier this morning. The bill would extend adult Medicaid eligibility in Utah to 100 percent of the federal poverty line. Initially, the state expects to draw down its standard FMAP funds where the federal government would cover 70% of the Medicaid costs for the expansion population, the same rate as the traditional population.

But the bill directs the state to quickly submit a new waiver plan that would seek federal matching funds up to 90 percent and include new cost saving measures, like per capita cost caps and work requirements.

On his way back from a tense floor session, I spoke with Rep. Dunnigan about the compromise and its chances moving forward.

Marjie High: Could you tell me more about the Substitute Version of SB 96 that you submitted in the House today?

Representative Jim Dunnigan:  The main focus of the bill is to get the enhanced 90/10 match from CMS. We already submitted a waiver application last year for 90/10 so we are just changing that to 70/30 which CMS has said that they can get approved by April 1 since it’s our current match rate.  So we’ll do that for a while and that will give us time to get a new waiver in at the higher rate.

MH: This bill seems like a creative solution to some of the problems with the first version.

JD: It is creative. The main piece that we are asking for is the 90 percent (match from CMS).  We are willing to work with the federal government and do per capita caps and that put some responsibility on us to control some costs to get that.  Right now, the federal government just pays 90 percent of whatever it [medical care] costs so this is going to make us keep things cost effective.

We have a work effort in there. We have up to 12 months of continuous eligibility which will be good for people. So, I think it’s a good plan.

MH: So, then am I correct in saying that those over 100 percent of the federal poverty line, up to 138 percent, would still obtain their coverage on the exchange?

JD: Our goal is to keep them on the exchange forever. We have no plans to take them off if we can get the waiver that gives us the enhanced match and stop it at 100 percent of FPL. So that will cover everyone in the coverage gap and we will just keep the people over 100 percent of FPL on the marketplace [on subsidized plans]. We have 41,000 Utahns between 100 and 138 FPL, we’ll keep them on the marketplace.

MH: Are you concerned about criticism of the bill?

JD: Well, it seems like many of the advocates don’t think it goes far enough. I mean two years ago they would have been ecstatic to get everybody in the coverage gap covered and now they don’t even want anybody left on the health exchange. They want them all on Medicaid, which doesn’t serve them well in my opinion.

MH: How many more people do you anticipate that this bill would expand services to?

MH: How do you feel about this version receiving concurrence with the Senate? Are you confident?

JD:  I think so. So, the Senate sent us a version with the first two pieces of [this bill], but not a real good idea of what would happen if we don’t get the 90 percent match from CMS. And so for me, I needed that clear backstop – not a contingent backstop. I will say that the House leadership has been working with the Senate leadership and they’re supportive of it, but I guess will find out Monday when we bring it to the body.

I talked to the Senate sponsor, Senator Christensen, today and he seemed supportive of it.