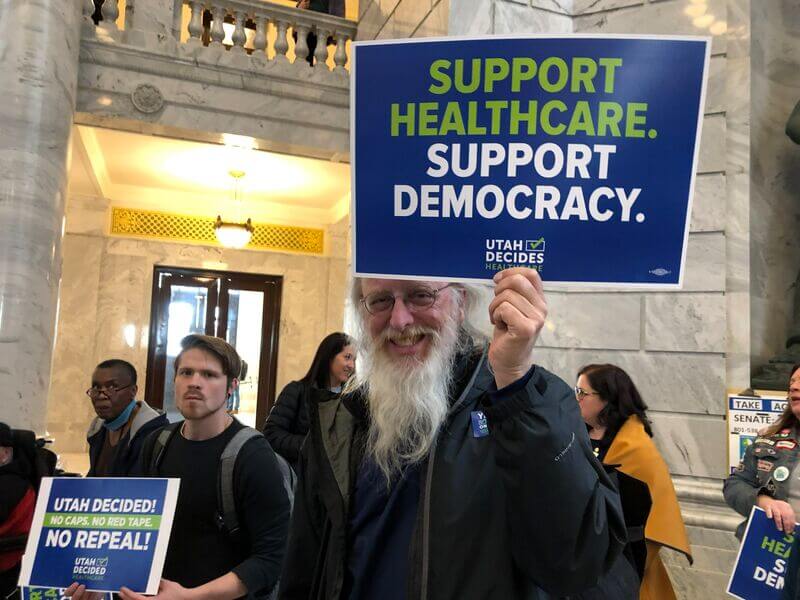 With the passing of SB 96 from the Senate this morning, Medicaid expansion proponents are renewing criticism of the legislature and of the amended bill. The bill passed from the Senate on another 22-7 vote, securing the two-thirds margin in both houses that it needs to avoid both veto by the governor, which is unlikely, and a “veto referendum” whereby the issue could be brought back to a vote of the people.

Advocates contend there are several shortcomings of the new bill, but their chief criticism is that Utahns already voted to approve the expansion, including an appropriate funding mechanism. They argue that rescinding the will of the people is a troubling sign about the health of democracy in Utah.

In an email statement to the State of Reform, Jonathan Schleifer, Executive Director of The Fairness Project, a group that was instrumental in supporting Prop. 3 last year, specified:

“The legislature is trampling on the clear will of voters, and it’s stripping tens-of-thousands of Utahns of access to care in the process. It seems many members have forgotten they’re supposed to work for the people of Utah — not special interests or extreme ideologues.”

Other concerns with the bill include claims that it:

A chief technical disagreement with SB 96 is that people between 100 percent and 138 percent of the Federal Poverty Line (FPL) are adequately covered by purchasing subsidized insurance on the health insurance exchange. Legislators in favor of the bill, as well as Governor Herbert, assert that with premium subsidies, people above 100 percent of the federal poverty line will face very little cost for insurance on the exchange will be served better by more flexible plans.

However, advocates contend that with even minimal co-pays, deductibles, and out-of-pocket expenses, exchange coverage simply does not allow for meaningful access to care. They claim that while it is true they can technically purchase coverage, the extra costs still make coverage unaffordable.  A Center for Budget and Policy Priorities comparison lays out some key coverage differences: 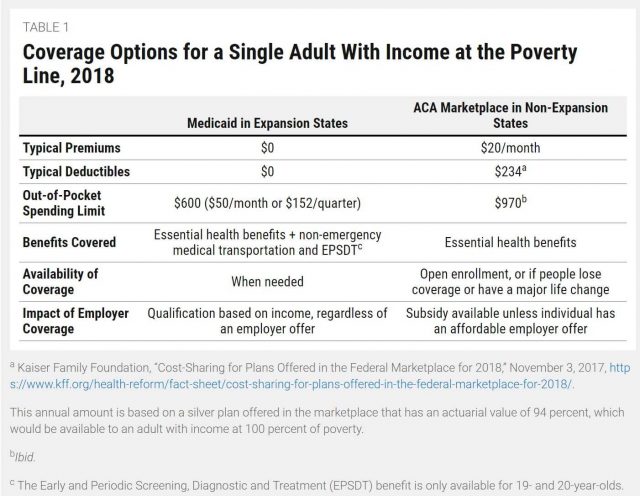 In addition to providing meaningful access to health care, there are questions as to whether the waivers required to implement the new bill are actually achievable.  No such “partial waiver,” to only 100 percent FLP and including the full expansion 90 percent match rate, has been approved before and there are questions as to whether CMS has the statutory authority to do so, which is likely to draw legal challenge.

Even if quickly signed by the governor as anticipated, this expansion fight is not likely over. Though no formal announcements have been made, Dawn Le of Prop. 3 advocacy group Utah Decided Health Care indicated last week that “All options are on the table right now.”