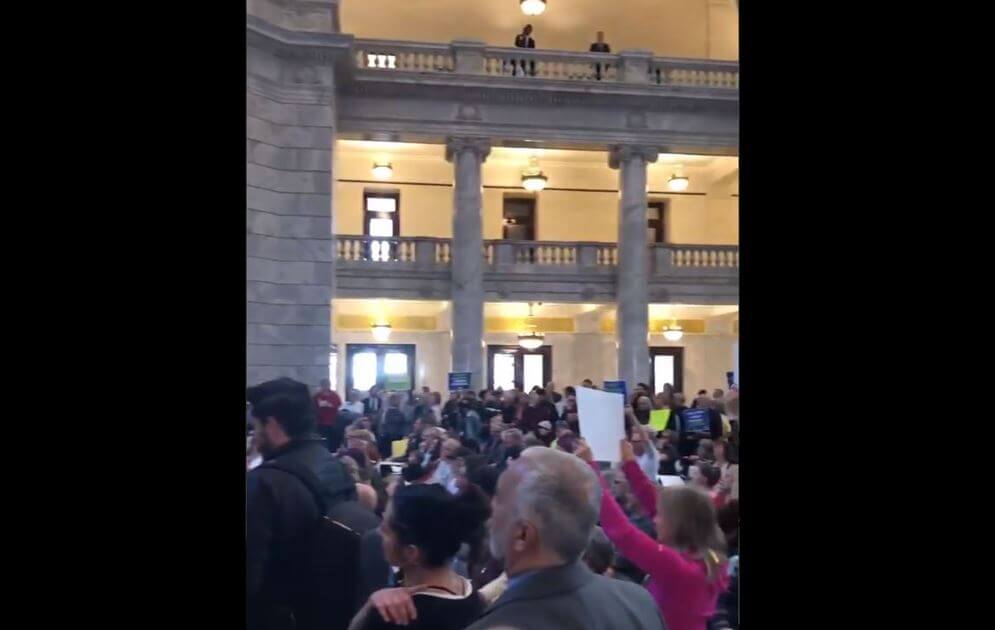 Utahns rally at Capital with concerns over Medicaid bills

Hundreds descended on the Capital January 28th and 29th to protest against the amendment of Utah’s Proposition 3 Medicaid expansion by SB 96 and SB 97. The new bills are designed to amend several key provisions of the expansion by adding enrollment caps, lowering eligibility amounts, and other changes.

The gathering came as the Utah Senate Health and Human Services Committee met to vote on whether to pass the bills forward out of committee for further consideration. Lawmakers contend that the state does not have enough money to support the expansion and the new law needs to be amended to prevent from significant cost overruns. In a statement to the Deseret News, Sen. Allen Christiansen explained that though he is “philosophically opposed” to Medicaid expansion,

“The bottom line is we are expanding Medicaid. We are doing as Prop. 3 voters wanted in a fiscally, financially responsible way and getting it done.”

Proponents of Proposition 3, on the other hand, argue that the people have spoken and approved the law and it should not be summarily amended.  They claim that this is similar to what happened with Utah’s Medical Marijuana initiative last year and that the scaled back plan will leave thousands of Utahns exposed and without access to affordable insurance.

According to reports also from the Deseret News, lawmakers are also considering bills to amend the initiative process in general to make it more difficult for citizens to change the law. Critics say that this would further limit the people’s voice on important topics similar to Medicaid expansion. 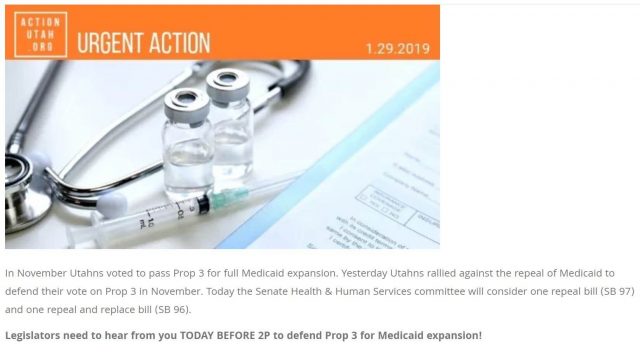 In the meantime, groups like Action Utah are calling on Utahns to again make their wishes heard by calling and writing elected officials as the Medicaid bills make their way through legislative committees.

SB 96 passed out of committee on a 6-2 party line vote. The bill will now move on to the full House for further debate and consideration.