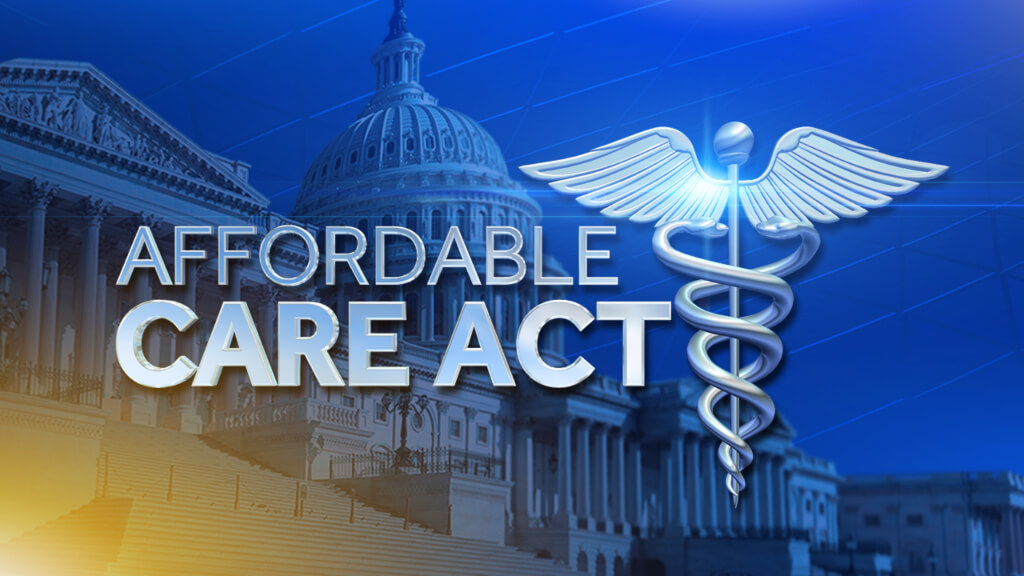 Last Friday, U.S. District Court Judge Reed O’Connor out of Northern Texas issued a partial summary judgment declaring the Individual Mandate in the Affordable Care Act unconstitutional. Further, the judgment declared the entirety of the ACA inseverable and, therefore, “invalid.” A coalition of 20 states brought the lawsuit in February 2018, in an attempt to invalidate the law, with Texas and Wisconsin at the helm.

“Our lawsuit seeks to effectively repeal Obamacare, which will give President Trump and Congress the opportunity to replace the failed social experiment with a plan that ensures Texans and all Americans will again have greater choice about what health coverage they need and who will be their doctor,” Texas Attorney General Ken Paxton said in a press statement after the judgment was issued.

The future of Friday’s summary judgment is uncertain, but there might be some insight into its potential reach to be gained by comparing current status to the timeline of the NFIB case that challenged the ACA’s constitutionality in 2012 — and which plays a fundamental role in the current case. The NFIB case’s roots were established when states sued the Federal government in March 2010; the Supreme Court agreed to hear it in November 2011, after several similar cases created a circuit split at the Court of Appeals level. 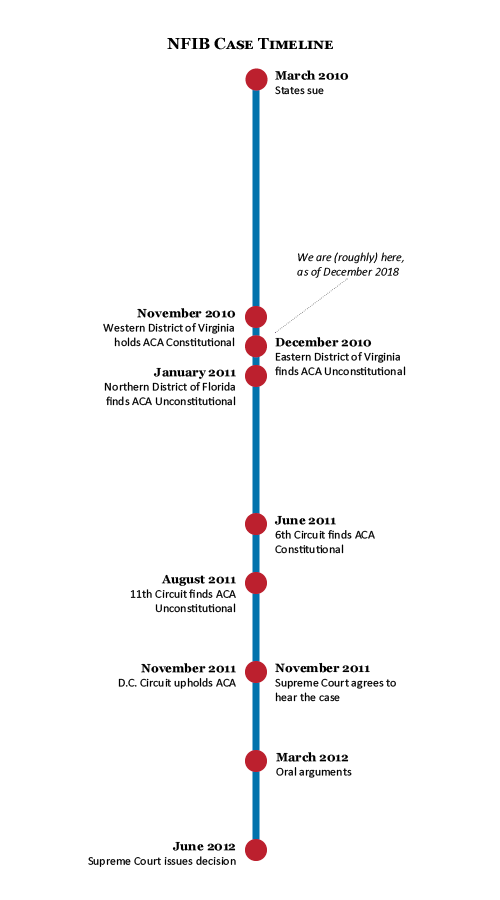 If the current case were to follow a similar timeline, well over a year could pass before a final resolution. Of course, the current legal battle is different from the NFIB case in many ways, including that this initial ruling out of Texas is on a motion for summary judgment. There will likely be other levels of appeal. Not to mention that, in 2012, there were several individual cases, creating the aforementioned Circuit split.

In June, the U.S. Department of Justice announced it would not be defending the ACA in the suit, but rather that it supported the coalition of states challenging its constitutionality. Seventeen Attorneys General intervened as Defendants in the case. We’ll be watching for next steps from California Attorney General Xavier Becerra, the outspoken leader of the intervening Defendants.

In the meantime, implementation of the ACA will proceed as usual, a point that the intervening Attorneys General filed a motion asking the Court to clarify. The motion asks the Court to issue an order stating that the recent ruling does not relieve states (or anyone) “of their rights and obligations under the ACA until trial court proceedings and appellate review are complete” and to certify the court’s ruling as a final judgment so as to procedurally enable prompt appellate review. The motion requests an expedited ruling on the motion no later than December 21 of this year, given the emergent nature of the uncertainties the ruling has created.

“The December 14 Order on its face declares that the ACA will be unenforceable in its entirety as of January 1, 2019—the date on which the penalty for failing to maintain minimum coverage is reduced to zero,” the motion reads. “A ruling on this motion before that date is necessary to clarify the rights and responsibilities of the parties and the public beginning in the new year.”