The Texas Health and Human Services Commission (HHCS) recently published its “Rider Report 61,” a review of Medicaid and Children’s Health Insurance Program (CHIP) managed care contracts commissioned by the legislature.  The report aims to be a comprehensive assessment of the structure and function of Medicaid Managed Care system in Texas the integrity of which is particularly important given that as of 2017, 92 percent of Texas Medicaid and Children’s Health Insurance Program (CHIP) were enrolled in managed care.

Some key suggestions from the report for improvement:

The report showed that between 2014 and 2017 Medicaid Managed care grew by approximately 600,000 enrollees while the aggregate per member per month (PMPM) costs increased by more than 10 percent annually. Despite the growth in enrollees and costs, the report concluded that Medicaid Managed Care has saved the state at least $5.3 billion over the traditional Fee For Service payment model. 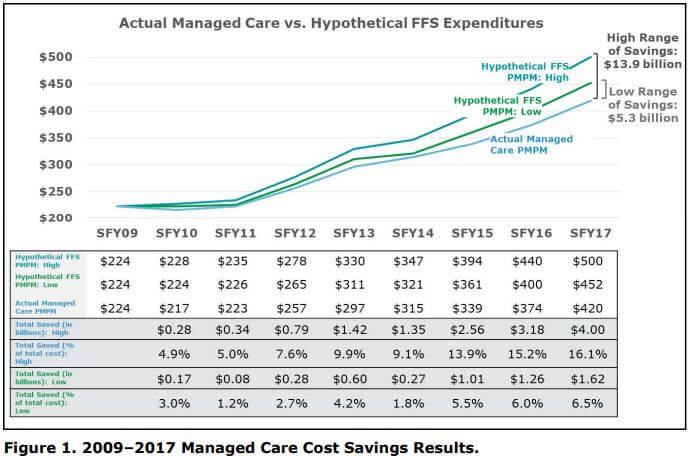 Notwithstanding the cost savings, the report found that customer satisfaction with managed care improved only modestly from 2015 to 2017. This is likely due in part to lower than average scores in “Getting Care Quickly” and “How Well Doctors Communicate” measures.

Regarding the management and oversight of managed care contracts, the report showed strong performance in many areas including adherence to standard processes, collaboration, validation of information utilized for oversight, provision of guidance to MCOs. Points for improvement include increasing efficiency through automation, sharing information, improving data integration, strengthening oversight, and increasing transparency.

The report suggests that HHCS continue to evaluate MCO bids through a competitive bidding with a technical component process, but also mentions the state could potentially achieve additional cost savings by choosing to autoenroll lives to MCOs through the RFP process.  It suggested the strategy can motivate MCOs to achieve larger membership (thus increasing reimbursement lives), as well as to enroll the autoassigned lives that have historically had lower morbidity than members who choose their own MCO.

Warning: count(): Parameter must be an array or an object that implements Countable in /home/stateofreform/public_html/wp-content/themes/branding-iron/extras/sor-get-top-posts.php on line 16


Top 5 Stories in the Southwest Edition