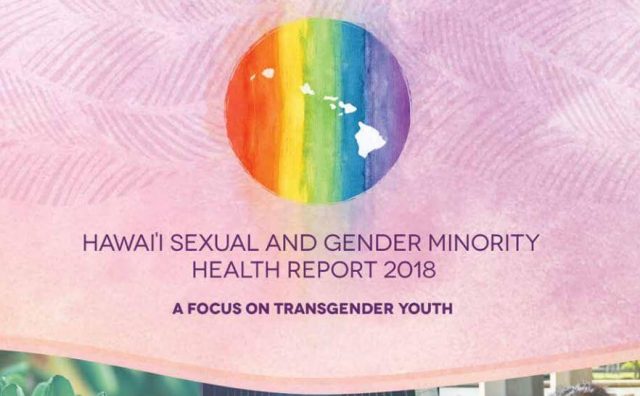 The Hawaii Department of Health released a new report on the health of Hawaii’s sexual and gender minorities on Monday. It builds on the department’s first report released in 2017 and focuses particularly on health implications for transgender youth in the state.  According to the Williams Institute, Hawaii ranks highest in the nation for transgender prevalence, with approximately 8,450 TG individuals, representing 0.8% of adults. The report  found that just over 3% of public high school students or approximately 1,260 students in Hawaii identify as transgender, making a focus on their health improvement all the more impactful.

The report analyzes transgender youth health using the concept of minority stress, which is concept that people experience additional stressors due to having a stigmatized minority status which impact on several markers of health. In addition to overt discrimination, minority stress may also include social rejection, and victimization based on gender minority identity or expression non-affirmation of gender identity (e.g. wrong pronoun use), expectations of future experiences of discrimination based on gender minority identity, internalized transphobia, and concealment of one’s transgender identity, all of which have been linked to mental and emotional health disparities.

The report highlights some of the most pronounced social, economic, and health disparities for transgender youth in Hawaii which include:

In addition, the report revealed that often transgender youth face discrimination and rejection from their families and peers leaving them with little support system to help process stressors.  As a result, transgender youth are far more likely to engage in risky and/or unhealthy behaviors. 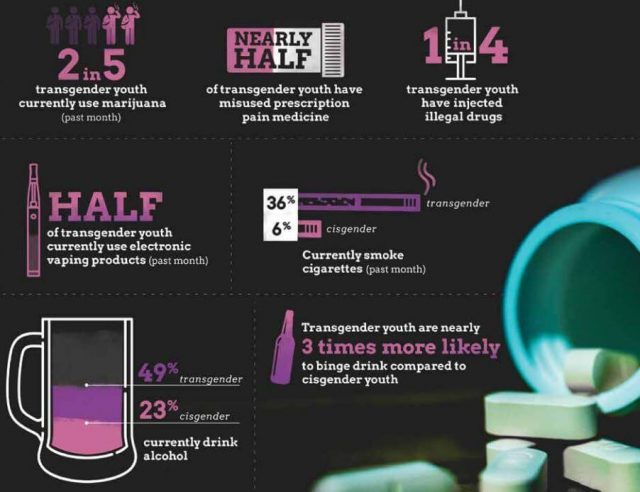 “In the absence of adequate resiliency and protective factors – through affirming relationships, community connections, and an internalized pride in one’s own identity – the transgender/gender non-conforming individual may gravitate towards poor mental and physical outcomes. Our report demonstrates that this confluence of factors are already evident in Hawaii’s transgender youth.”

The take-away? Transgender youth in Hawaii face a great deal of trauma in their everyday life and are likely to lack adequate emotional and social support. This stress has deep and lasting impacts on their overall health and well-being.

The report concludes by recognizing the strength and resiliency of Hawaii’s transgender community. It offers the examples of programs such as the Kua’ana Project, Ka’aha Māhū, and the Lavender Clinic as sources of support, empowerment, and hope. It also points to policy and legislative efforts, like 2016 Department of Education guidance on supporting transgender students and the recently enacted Sexual Orientation Counseling Task Force as positives steps forward on the part of the state to begin to address some of the disparities reported.