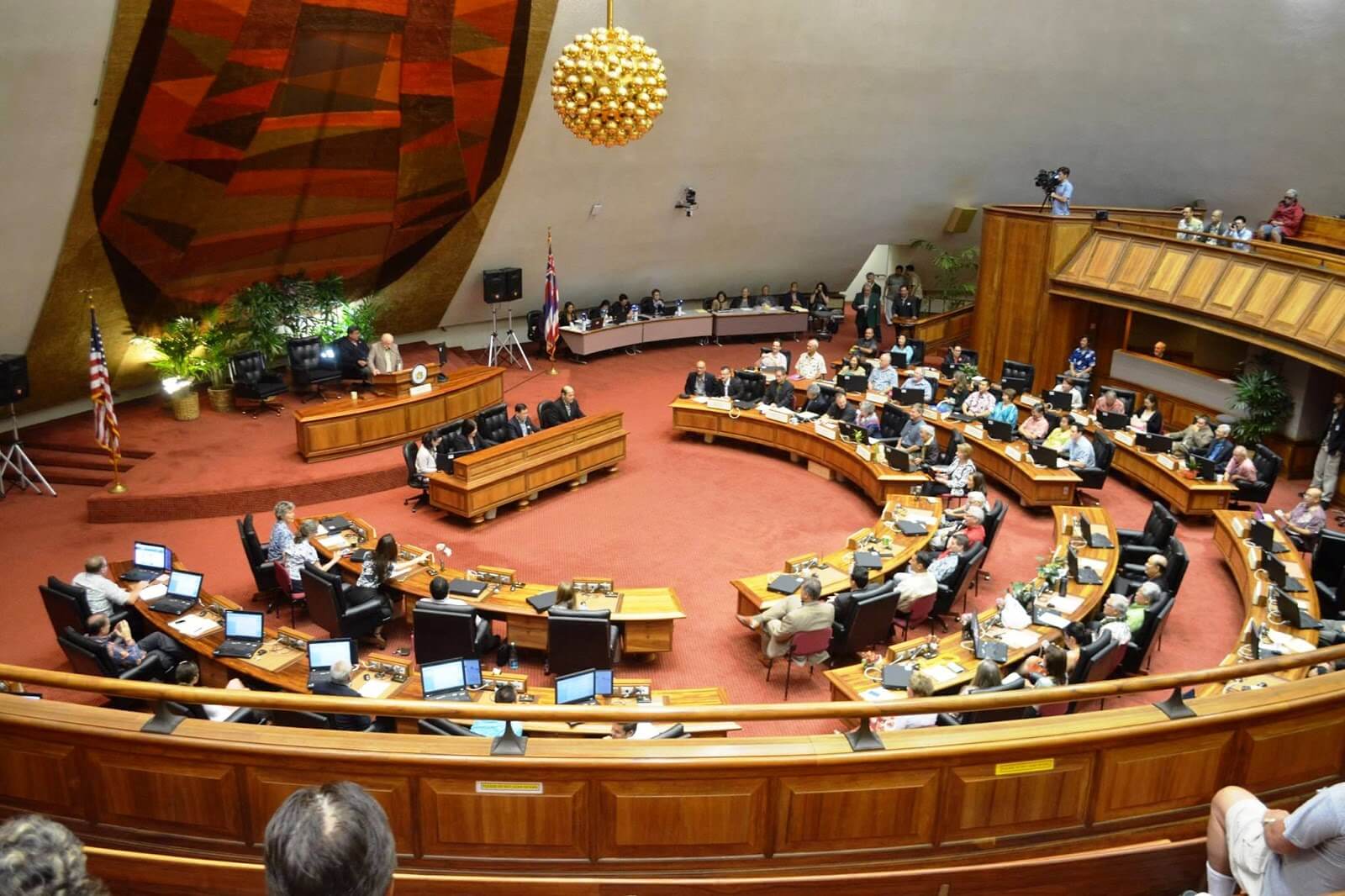 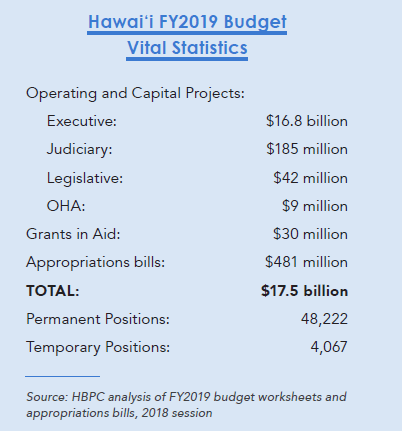 The Hawai’i Budget & Policy Center (HBPC) has released its first publication, Hawai’i Budget Primer: An Overview of How Hawai’i Invests in Our Future and Our People. The primer outlines the budget process and breaks down the $17.5 billion budget for FY2019.

According to the report:

“In FY2019, federal funds will support 17 percent of Hawai‘i’s $17.5 billion state budget, either as matching percentages or as grants. The vast majority—82 percent— of federal funds awarded go to health and human services programs, nine percent towards education, and nine percent to all other programs.”

However, when looking at the percent of the state budget that is made up of federal funding, Hawai’i is last in the nation. The national average is 31.3 percent, nearly double the percentage Hawai’i receives.

The state has five non-negotiable obligations to meet in the budget before addressing any other spending decisions. These costs for FY 2019 are:

The Health and Human Services Departments are among the departments with the largest operating budgets. 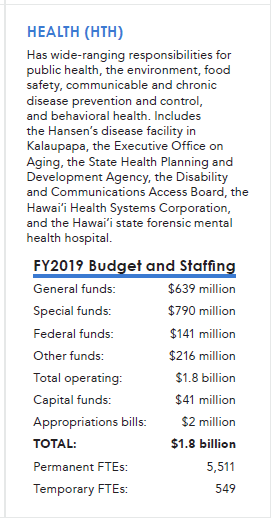 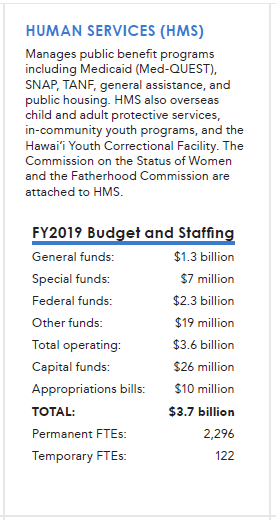 The primer determines that the state individual income tax is progressive, where upper-income families pay a larger share of their incomes in tax than those with lower incomes. The twelve tax brackets range from 1.4 percent to 11 percent.

However, the general excise tax is considered regressive, where poor and middle-income families pay larger shares of their incomes than the wealth. According to the primer:

“Hawai‘i relies on the GET for almost half of its tax revenue, and Hawai‘i’s GET is uncommonly high. The state GET of four percent appears modest when compared to other state sales tax rates. However, equating sales taxes and the general excise tax misrepresents the true impact of the GET. It has been estimated that the income generated by the GET is equivalent to a sales tax of 10 – 11 percent.”

In 2017, the state collected $7.3 billion in taxes with nearly half of that amount coming from the general excise tax. 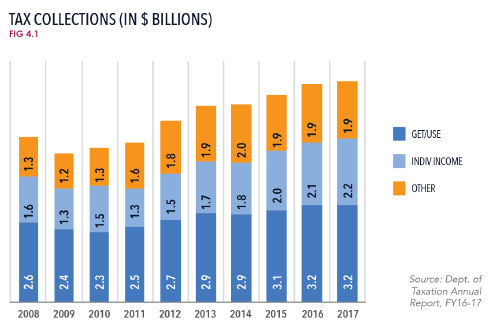