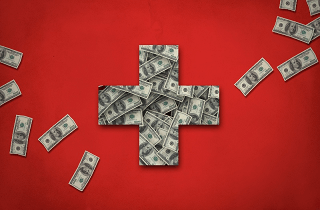 Read our coverage of comments received from insurers and brokers here.

The Division received nine comments from medical providers in support of the 80th percentile rule. Many of the comments also suggested changes to the current rule.

The Alaska State Medical Association (ASMA) offered two changes: ensure the State has access to accurate and timely data when setting policy, and create a tiered system to expand the geographic area to ensure competition when needed.

There’s concern that 20 percent of the market could essentially set the rate of reimbursement under the 80th percentile rule. ASMA’s tiered system would be:

This structure was also proposed by the Alaska Chapter of the American College of Emergency Physicians and Juneau Emergency Medical Associates.

The Alaska Chapter of the American College of Emergency Physicians offered three solutions in its comments:

The Emergency Department Practice Management Association and Physicians for Fair Coverage also support eliminating balance billing and ask for the 80th percentile rule to be reiterate in statutory language. They also suggest that the FAIRHealth benchmarking database be used to provide the data to calculate the 80th percentile.

The Golden Heart Emergency Physicians ask for more research to be done before any changes to the rule are made.

The comments also pushed back against replacing the 80th percentile rule with percentage of Medicare and claimed the rule did not drive up health care costs.

The Alaska College of Emergency Physicians explained why the group is opposed to using a percentage of Medicare as a benchmark for reimbursement payments, which has been suggested by insurance companies:

“Medicare rates were not designed for the general population. Medicare was created for an age-specific group: ensuring vulnerable, elderly patients can afford quality care. It was never intended to represent the fair market value of healthcare services or fully cover provider costs for the general population. A 2017 survey showed that most insurance companies do not use Medicare to determine reimbursement, and a survey of insurance companies in Texas showed that when insurers do use Medicare solely, balance billing complaints from patients are exponentially higher. Because Medicare is meant only for a specific population, rates don’t even exist for important aspects of patient care, including pediatrics and obstetrics. Most importantly, Medicare rates are set by politicians in Washington, DC, and are not at all reflective of local markets.”

The Division recently published a report conducted by the University of Alaska Anchorage on the 80th percentile rule, known as the ISER study. The report concluded that between 8 and 24 percent of increased healthcare expenditures are due to the 80th percentile rule. The Emergency Department Practice Management Association and Physicians for Fair Coverage argue that the report comes to the wrong conclusions and uses an “inappropriate” data set” in its joint comment to the Division.

A more appropriate measure is whether the rule successfully met its goals of improving access to care and reducing the patient’s financial responsibility for out-of-network care. According to the study, access to care did improve after the rule was enacted. However, the ISER study does not make any conclusions about the patient’s financial liability for out-of-network care. It doesn’t even look at trends in charges and reimbursement rates.

The report has been used to justify the need to change or replace the 80th percentile rule.

The provider groups argued that the 80th percentile rule was created to protect consumers, and it has succeeded. According to the Golden Heart Emergency Physicians:

“The “80th percentile rule has served to protect patients, ensuring that the larger portion of the payment is made by the insurance company and not the patient themselves. While there is not perfect solution, realizing it may be necessary to reevaluate and adjust, this rule has done what it was intended to do.”