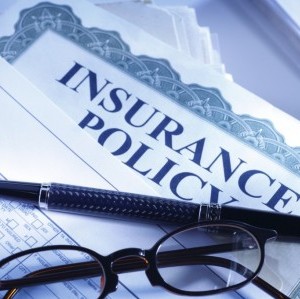 Twelve attorneys general have filed a lawsuit against the US Department of Labor and Secretary of Labor Alexander Acosta to block a rule that makes it easier to form association health plans.

According to the suit:

“This lawsuit challenges a U.S. Department of Labor final rule that upends a decades-old understanding of a foundational employee benefits law for the purpose of exempting a significant portion of the health insurance market from the Affordable Care Act’s consumer protections. The rule accomplishes this objective by permitting a broad range of associations to offer health plans that do not have to comply with various Affordable Care Act protections. Through that mechanism, the rule increases the risk of fraud and harm to consumers, requires States to redirect significant enforcement resources to curb those risks, and jeopardizes state efforts to protect their residents through stronger regulation. The rule is unlawful and should be vacated.”

The suit alleges that the rule violates the Affordable Care Act., the Employee Retirement Income Security Act, and the Administrative Procedure Act.

“This unlawful, irresponsible rule allows employers to offer their workers barebones health coverage. It would destabilize our insurance markets and put the health of working families nationwide at risk,” said California Attorney General Xavier Becerra. “This is yet another attempt by the Trump Administration to sabotage the Affordable Care Act. As the President continues to do all he can to make Americans uninsured and unhealthy again, we in California will continue to fight for affordable, quality care for all.”

A press release from California Attorney General Becerra argues that the rule undermines the ACA and unlawfully:

“The U.S. Department of Labor’s rule illegally bolstering association health plans jeopardizes health insurance exchanges around the country, including here in Washington State. It not only hurts our state’s exchange, but also undermines the rules Washington’s Legislature put in place to protect association health plans for our state’s small businesses.

“This rule is the latest example of the Trump Administration’s efforts to dismantle the Affordable Care Act. It could destabilize state insurance markets, leaving Washingtonians uninsured and more susceptible to fraud.

Secretary Acosta has previously said the rule will benefit Americans:

The suit was filed in U.S. District Court for the District of Columbia. In addition to Washington and California, the states joining the suit are Oregon, New York, Massachusetts, District of Columbia, Delaware, Kentucky, Maryland, New Jersey, Pennsylvania, and Virginia.