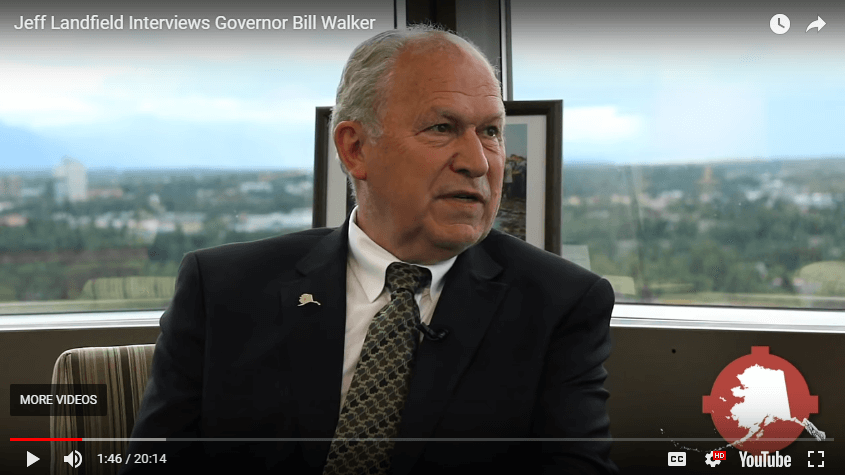 Governor Bill Walker sat down with Jeff Landfield, editor of The Alaska Landmine, for an interview covering his first term as governor, the issues Alaska faces, and the November election.

At the beginning of the interview, Governor Walker named the Medicaid expansion as one of his most important achievements.

Jeff Landfield: “You’re coming to the end of your first term. What would you say has been the high point or your biggest accomplishment so far?”

Governor Walker: “Well certainly, obviously the Medicaid expansion. Anytime you can bring health care to I think it’s now forty-five, fifty thousand Alaskans, you can bring in a billion dollars of revenue from the federal government to Alaska at a time we really need it, and reduce our budget by about 16 million dollars, that is the proverbial win-win. So, I’m very, very pleased about that.”