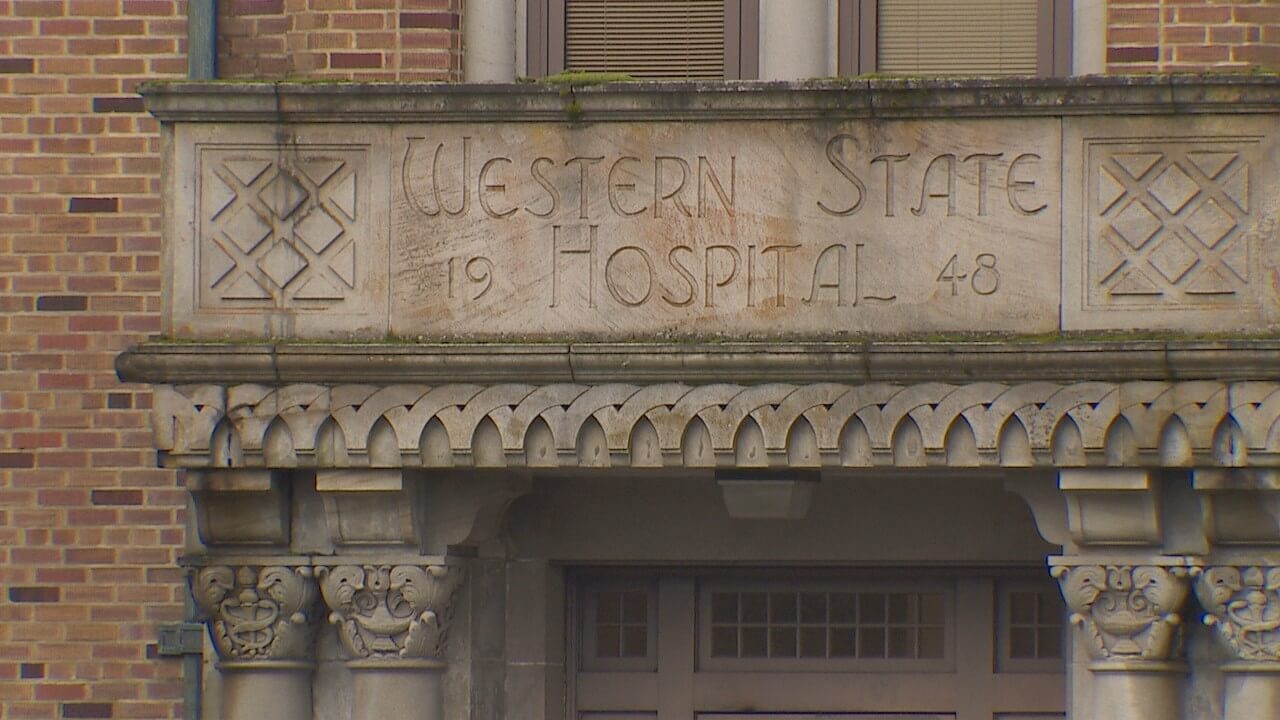 The Select Committee on Improving Quality in State Hospitals met last week to discuss the results of the CMS survey that resulted in Western State Hospital losing its federal certification.

Secretary Strange provided a brief history of Systems Improvements Agreements and CMS Surveys at Western State Hospital. CMS conducted a total of four surveys in 2015 and 2016, which resulted in a Systems Improvement Agreement and a root cause analysis.

The root cause analysis in 2016 identified the causes of Western State Hospital’s problems as: 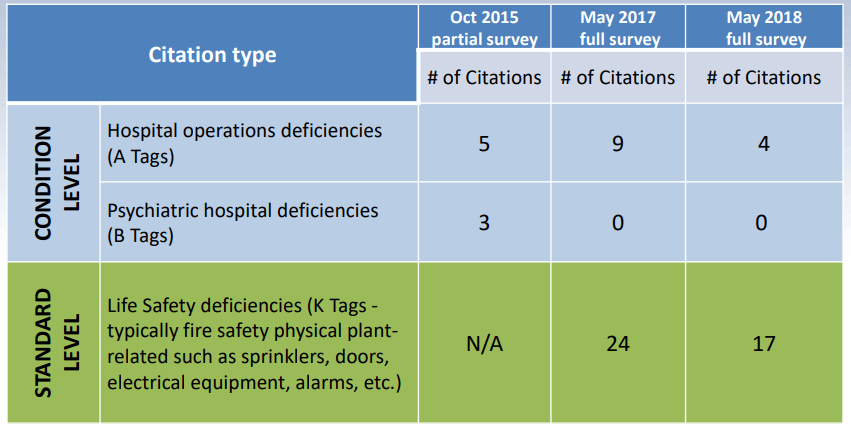 Whenever one Condition of Participation is not met, condition level citations are automatically triggered in QAPI and Governing Body. This means that the two main areas of improvement at Western State Hospital are physical environment and nursing services.

Joyce Stockwell, Deputy of Hospital Operations at Western State Hospital, explained that the citations for nursing services were because of staffing and delivery of care and RN supervision of nursing care for individual patients. She stressed that the problems were not systemic, but challenges with documentation did add to these problems.

According to Stockwell, staff who are hired right out of school often do not have experience working with paper records and struggle with the documentation process.

Rep. Jinkins asked about the implementation of electronic health records (EHR) and Secretary Strange responded that that project is “out of scope, over budget, and off schedule.” DSHS does have a contract with Cerner but is in dispute resolution over the deliverables.

Sean Murphy, Chief Safety and Security Office at Western State Hospital, explained the physical environment citations were the result of an aging facility and a lack of resources. Solving one problem often reveals or causes another issue.

“Every time we overturned a rock, we found another 800-pound gorilla underneath the rock to fight related to the physical plant,” said Murphy.

During a tour of Western State Hospital, the committee members learned that hospital staff do not take the elevators to prevent them from wearing out. Although the elevators are routinely inspected and are deemed safe, the majority were built in the 1955 and are well past their 20-25 year life spans.

In order to regain federal certification, DSHS has to correct all the deficiencies at Western State Hospital that were identified in CMS’s report. Then DSHS can begin the re-certification process with CMS, which includes two full surveys of the facility.

There must be a year between the two surveys.

Ken Taylor, the Assistant Secretary of the Behavioral Health Administration at DSHS, explained the process and next steps to the committee.

“In order for us to become certified we work from the list that’s in the most recent report from CMS. We have to verify to CMS’s approval that we have corrected all those deficiencies that were identified. They decide, of course, whether or not we’ve done that. We then submit an application. Then, they begin a process to basically validate whether or not we should become a member and have a provider number once again. So, they will come out, they will do a site visit once they’ve agreed we have corrected all of the deficiencies. They will conduct a full survey of all 26 Conditions of Participation. Assuming that we successfully pass that, about a one-year time frame will pass, and they will come back and do a second full survey to make certain that we are still in compliance and only after the second full survey is completed will we once again be a provider…

“A lot of the timing will be determined by which of the various buildings that you saw this morning we can bring to current levels of code. Once we know that, we can make the necessary repairs or improvements to those buildings. But only after we’ve completed those steps can we really begin the application process…

“We’re working with our consultants now to determine which of the many buildings that you saw might be the ones that would be most logical to bring forward to CMS for certification. We don’t know that but we’re working to determine that right now. Nor do we know the cost associated with whatever repairs or upgrades need to be made. So, there’s a variety of options that are on the table. We could in theory be talking about certifying the entire hospital, we could in theory be talking about certifying certain wards in the hospital, certain segments in the hospital. There’s a number of different ways we might chose to approach this, really based I think largely on the economics, so we’ll see about that. When you have 58 buildings I believe that are 80 years of age or older, it presents some enormous challenges.”

Taylor said it might not be possible or economically feasible to get all buildings up to code. There is also no clear timeline for how long it will take to Western State Hospital to become re-certified.

“The issue is we need to know whether it’s worth investing the money in the facility. That’s really the bottom line,” said Representative Eileen Cody.