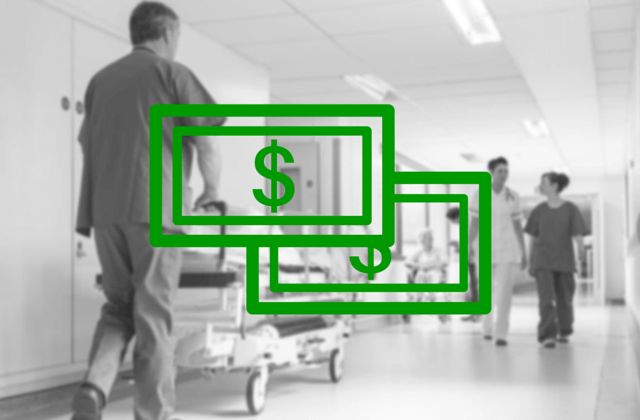 In May, The University of Alaska Anchorage submitted a report to the Alaska Office of Management and Budget on how the 80th percentile rule has affected Alaska’s health care expenditures.

The report found that it is likely the rule has increased health care expenditures, which the study defines as “the product of prices and quantity of services used.”

“We find Alaska’s health care expenditures are between 8.61 and 24.65% higher as result of the 80th percentile rule. These increases represent a combination of higher prices and increased usage from the improved access and richness of the healthcare market.”

The Division of Insurance adopted the 80th percentile rule in 2004, setting a minimum for how much insurers must reimburse out of network providers. The rule requires insurers to pay out-of-network claims at an amount that is at least equal to 80 percent of what all providers in a given area charge for the service.

The rule applies to all individual plans and most private group plans, except for self-insured plans. The rule is meant to protect consumers from large bills for out-of-network services by requiring carriers to cover a certain amount.

However, concerns have been raised about the rule. According to the report,

“The biggest concern regarding the rule is that providers can potentially increase their charges over time, and insurance company reimbursements have to keep pace with the cost increases. It may also be disincentive for providers to join insurance networks, and drives up the cost of insurance.”

The report also points out that health care spending has increased across the US not just in Alaska, although Alaska average annual growth is 2 percent higher than the US average from 1991 to 2014.

The report compared health care spending in Alaska to other states with a similar growth in spending before the 80th percentile rule was enacted. The researchers built a model to project how much spending would have likely increased if the rule was not enacted.

The report shows the rule likely increased health care spending to some extent, offering a range of estimates under different analyses. 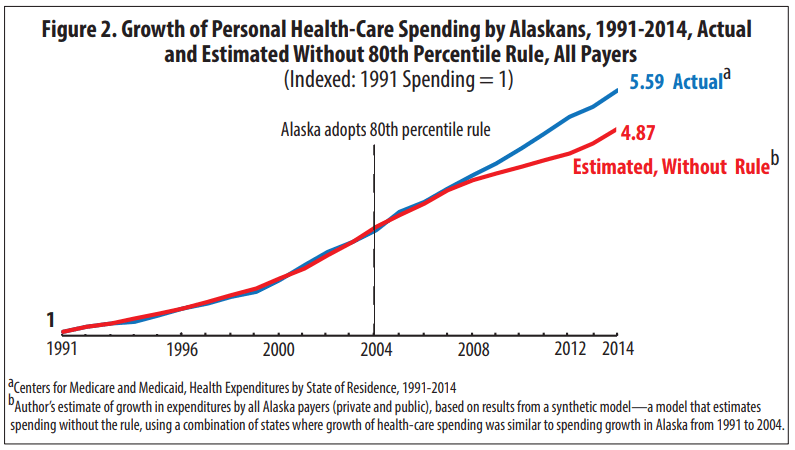 Another approach looked at average annual growth in spending from 2005 to 2014, and estimated what percentage was a result of the rule. Depending on how the data is analyzed, the 80th percentile rule accounted for anywhere from 8 to 25 percent of the growth.

The 80th percentile rule had the largest effect on physician and clinician services costs. The report found that 15 to 39 percent of the growth in costs in this category was because of the rule.

If Medicare and Medicaid costs are excluded, the rule accounted for between 13 and 34 percent of all spending growth and between 19 and 52 percent of physician and clinician services.

Health care infrastructure has also grown in Alaska, which a higher number of doctors, dentists, chiropractors, physical therapists, and optometrists. According to the report,

“This increase in availability and variety of facilities has made it easier for Alaskans to get care in-state, and it’s safe to assume that increased availability translates into more use.”

The report admitted several limitations, including:

The report recommends further work on identifying how the rule has impacted health care usage, out of pocket spending, and health care prices of specific subsets of the market.