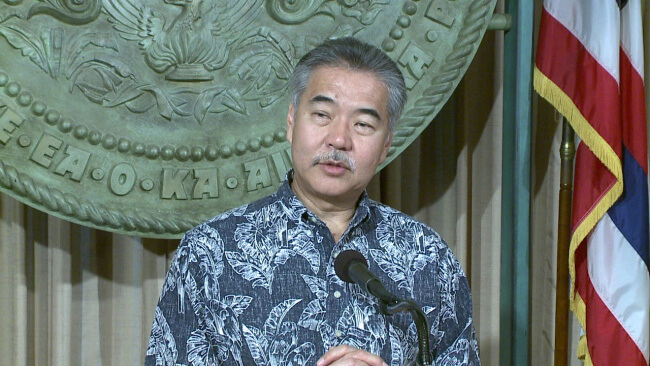 Gov. Ige to veto bill authorizing medical cannabis use for opioid and substance use disorders

On Monday, Governor Ige announced his intent to veto SB 2407, a bill that permits the use of medical cannabis for treating opioid use, substance use, and withdrawal symptoms. The bill amends the definition of “debilitating medical condition” within Hawaii’s medical use of cannabis law.

According to a report on the bill, the Committee on Commerce, Consumer Protection, and Health heard testimony indicating that when individuals are given access to cannabis, their opioid use can be cut in half. The report also says that in other states that allow cannabis to be used together with opioids, opioid overdose rates have decreased by an average of 25 percent.

In a statement announcing the eleven new measures he plans to veto, Gov. Ige says his rationale for vetoing SB 2407 is that the Department of Health already has a process by which physicians and patients can apply for new medical cannabis uses.

The Department of Health opposes the measure and submitted testimony in opposition to the House Committee on Health and Human Services. The DOH says that their current process for petitioning for new medical cannabis uses is a better option.

“This process allows for gathering and thoughtful review of medical evidence, as well as consideration of public input. Use of an alternate process for adding new debilitating medical conditions detracts from this established carefully thought out and vetted process.”

The DOH also testified that there is insufficient evidence on the effectiveness of using medical cannabis to treat substance use disorders and that the FDA has already approved other medications for treating opioid use disorder and withdrawal.