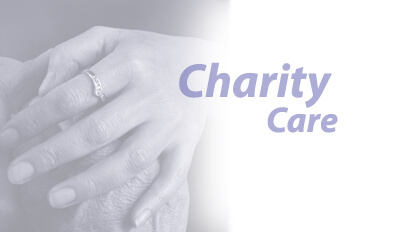 A California Nurses Association analysis of hospital financial data released this week show a drop in the overall amount of charity care relief provided by California non-profit hospitals. Since 2011, total charity care has fallen from almost $1 billion dollars to $650 million, a reduction of 33.9 percent.

Under federal tax law non-profit hospitals must provide a “community benefit” which includes providing uncompensated care or charity care to secure tax breaks, but the overall amount they must provide is undefined. California state law goes father, allowing the state attorney general to set a minimum charity care requirement per hospital when hospitals are bought or sold.

Last month three large hospitals petitioned for relief of their charity care obligations but were denied by Attorney General Xavier Becerra. They argued that there is less need to provide the uncompensated care since the implementation of the Affordable Care Act (ACA) has reduced the amount of uninsured patients. However, critics have argued that there is still a need to help patients with high co-pays and charges that fall under high deductibles. Even with insurance, some patients are left will medical bills that amount to 15-20 percent of their income.

Most hospitals have their own policies on who qualifies for charity care relief and those policies are not always understood or widely known. In addition, accessing charity care is particularly difficult for the almost one million undocumented and uninsured Californians who would qualify for Medi-Cal coverage, but for their immigration status.

In a statement to the Los Angeles Times in response to the data Anne McCleod, senior vice president of health policy and innovation at the California Hospital Assn. said,

“Hospitals can provide as much charity care as a community requires, and hospitals don’t turn off charity care. We absolutely celebrate the fact that less charity care is required in the community. That means that California has demonstrated itself as a leader in implementing healthcare coverage under the Affordable Care Act using all of the tools available to it.”