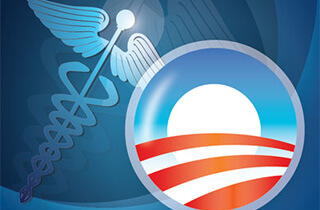 California Attorney General Xavier Becerra, joined by 16 attorneys general, today secured the right to intervene in Texas et al. v. United States et al., a lawsuit filed in federal district court in Texas that seeks to dismantle the Affordable Care Act (ACA). Leading the coalition, Attorney General Becerra will now vigorously defend the ACA and the millions of seniors, women, children, and families across the country who rely on it for access to affordable healthcare. Today’s ruling allows Attorney General Becerra’s coalition the ability to fight for the ACA and oppose Texas’ attempt to derail it. Millions of Americans have healthcare as a result of the ACA, including nearly 5 million in California.

“The goal of Texas’ lawsuit is to leave Americans without health insurance, forcing them to choose between their health and other needs,” said Attorney General Becerra. “Today’s ruling allows us to protect the health and wellbeing of these Americans by defending affordable access to healthcare. Before the Affordable Care Act, Americans had shorter lives and paid twice as much for their healthcare as other developed countries. The passage of the ACA was the first step toward fixing that problem. We must continue to move forward, not backward.”

The Texas lawsuit and motion for preliminary injunction imperils healthcare coverage and funding for all Americans. If successful, the Texas lawsuit would: stop Medicaid expansion; end tax credits that help middle class families afford insurance; allow insurance companies to deny coverage to people with pre-existing conditions; take away seniors’ prescription drug discounts; strip funding from our nation’s public health system, including work to combat the opioid epidemic; and much more. If the ACA were terminated, the state of California would stand to lose $160.2 billion in healthcare funding for its people. In total, Americans living in the states that successfully intervened could lose half a trillion dollars in healthcare funding if this lawsuit succeeds.

Texas filed the lawsuit in the United States District Court for the Northern District of Texas, Fort Worth Division on February 28, 2018 and was joined by 19 other states. Texas alleges that the ACA is no longer constitutional due to the passage of the Republican tax break bill, passed in December 2017, which zeroed out the penalty payment due under the ACA’s individual mandate for those who could afford to pay for their health insurance but failed to do so.

In the motion to intervene, Attorney General Becerra alleged that the ACA has not been repealed by the passage of the Republican tax break bill, and its constitutionality has been upheld by the Supreme Court: