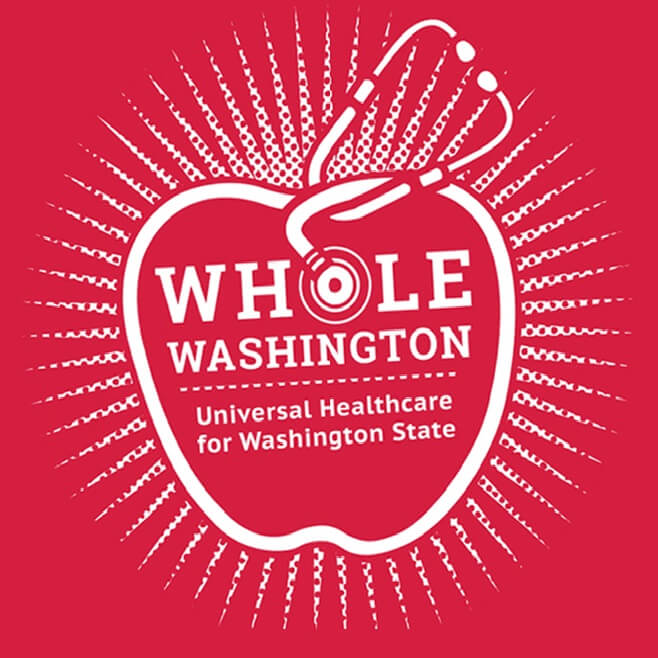 Erin Georgen is the Chair of the Initiative Writing Committee at Whole Washington. She sat down with State of Reform to discuss I-1600, Whole Washington’s single-payer healthcare initiative. The initiative looks to create a single nonprofit entity called the whole Washington health trust to provide essential health benefits for all Washington residents.

Emily Boerger: Tell me a little bit about Whole Washington and its core mission

Erin Georgen: “Whole Washington is an organization whose primary mission is to get healthcare for all people. And we’re starting with the local avenues, which are people-based initiatives for Washington State. But we’re also trying to educate people about the long-haul mission and universal health care generally.

EB: What are some highlights of the initiative and how is it different from some of the single-payer bills introduced in the legislature?

EG: “We based our efforts on continuing what had already begun. So, we used HB 1026 that had been stalled in committee. Versions of it, for years have been stalled in healthcare committees. So, we used it as a framework because it’s a really well-done frame for the healthcare aspect. But it was missing some elements that people always got stuck on. Like, how would it be paid for? HB 1026 just told the legislature to come up with that and didn’t propose any mechanisms to pay for it. It didn’t have any cost protections which gave people concerns that in the end they would have high premiums to pay. So we thought to address those concerns.”

“The key features that we added [to HB 1026] were premium cost protections and out-of-pocket cost protections. We also adjusted the list of essential benefits to match the Medicare for All 2017 proposal.”

EB: Speaking of payment mechanisms, how does this initiative propose to fund the whole Washington health trust?

EG: “One of the most challenging things to address is how to pay for it, even though we are all paying a lot… [According to our study] we spend about $80 billion on health care as a whole and about half of that is federal funding or state funding. The other half of that is paid by individuals and employers in out-of-pocket costs, deductibles, co-pays, co-insurance, and premiums. And it’s a whole lot more than it needs to be – it’s about $16 billion more than it needs to be… the large majority of that waste is actually just the paperwork required, the actual administrative tasks required to uphold the ginormous apparatus which is our health care system.

“We fund the trust using public funding. We’ve got to transition individuals and employers from paying these very high and unpredictable costs that they’re paying now into a much more equitable, consistent, and predictable cost of taxes.

EB: What king of taxes and funding specifically?

EG: “So the way we fund it is using an 8.5 percent payroll assessment with a graduated exemption… A lot of employees might think that’s a scary amount, but we discovered through our study that employers are paying an average of 18 percent right now of payroll, and they’re only covering 58 percent of Washington employees.”

“We needed to find a way to make sure that individuals were contributing what they could to the system as well. To maintain some uniformity we also decided that those that earn long-term capital gains would have a similar contribution to those who earn payroll.”

“The third mechanism is an adjusted gross income tax… we went with one percent annually because that is what is consistent with the guidelines if the State Constitution.”

“There’s a premium as well and it’s capped at $200 a month. Children are exempt and those earning under 200 percent of the federal poverty level would be exempt. It’s designed to phase out once of majority residents are enrolled.”

EB: How do you think opponents might react to all of these taxes?

EG: “The package as a whole, it’s true, it would be the largest tax increase in state history. That’s true. But, it’s also true that it would be the largest relief of actual costs that our state residents and businesses have ever seen. It’s just a one-side conversation if you just look at how much you’re increasing one side of spending and not look at how much it’s decreasing the other side of your wallet… the opposition has got one really bold statement that they can throw out that is true. I don’t want people to be afraid of that. They need to look closely at how much they’re spending right now.”

EB: Any final thoughts you’d like to leave our readers with?

EG: “Getting this even on the ballot is a hard challenge. It’s not going to be easy to achieve universal healthcare and getting it on the ballot is the first challenge we have put ourselves to. Getting it passed would be the second mission, and if it passes, it still requires legislators, the governor, and various entities throughout the state to do a lot of work… there’s a long haul mission that if we want our healthcare system to succeed, we will always have to put ourselves to the civic task of maintaining it or progressing it.”

This story was cross-posted at the Washington State Wire.